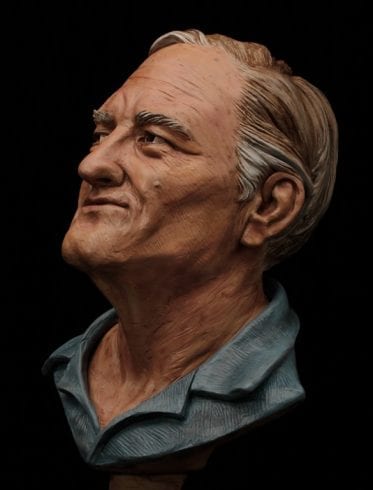 Born on August 1, 1936, Bishop served as a U.S. Foreign Service Diplomat in Milan, Florence, and Botswana. He could speak six languages and knew how to fly a plane. He was a graduate of Yale and had a masters degree from Middlebury College. He also worked as a foreign service officer in Ethiopia and Addis Ababa. He married Annette Wels in 1959 and had three children. Makes one wonder why a man of such standing and education would commit five murders. But it seems like this lifestyle was precisely why he committed the murders! He already suffered from bouts of depression, he and his wife both were psychiatric patients. He was an insomniac and took Serax as medication.

Like many people in his line of work, Bishop felt the enormous pressure to be promoted. So after traveling round the world, when he settled down in Maryland with his family, the boring desk job didn’t suit his temperament. Still he waited for a promotion and on the afternoon of March 1, he was informed that he would no receive the promotion he had been looking forward to for so long.

Upon hearing this, he left work in the afternoon saying he didn’t feel well and drove up to the bank, withdrew several hundred dollars and bought a sledgehammer and gas can at Sears. He returned home after 8 when his kids – aged 5, 10 and 14 – were in bed. His wife was the first victim, followed by her mother who returned from her walk and then the three kids in bed. They were bludgeoned to death. He loaded their bodies into a station wagon and drove 443 kilometers in six hours to a dense wooden swamp where he placed them in a shallow grave and set on fire.

The fire department arrived when the fire had spread to three acres and found the charred bodies. It was found he had visited a departmental store to buy tennis shoes and had his golden retriever with him and could have been accompanied by a dark skinned woman. When Bishop’s neighbors called the police saying they hadn’t seen the family in a week and the newspaper had piled on the porch, the police arrived to find the interior a mess with blood everywhere. McNally, a police officer, described it as a “horror house” and said he’d never forget the sheer amount of hammer marks on the kid’s bed which showed how many times he must have hit them. There have been three credible sightings since then, but Bishop was nowhere to be found.

He has been missing for 40 years, three months, 14 days and counting. He was 39 when he committed the murders and must be a man in his 70s.

Where he is, or why he committed those murders is something we’ll perhaps never know.