India is battling to fight the Coronavirus with tooth and nail. After the extension of the second lock-down, every state is coming up with their own strategies to break the chain for the deadly virus. An innovative method to wash the hands was developed by the rail staff where you don’t have to use the washed hands to close the taps.

This is a very minute yet very important observation made by the Railway Department of Thiruvananthapuram, Kerala. While we always fret about dirtying the freshly washed hands to close the taps, the rail staff has come up with a simple yet effective way to overcome this problem. They introduced a foot-operated hand wash system where you don’t have to worry about touch the taps or closing the tap after washing your hand. 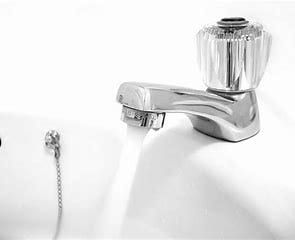 Kerala had the maximum number of COVID-19 positive cases at a time but the collective effort by the Kerala government and all its department lead to an astounding number of decrease in cases. Ensuring proper lock-down follow up and securing the hot-spot places are a high priority but the Railway division of Thiruvananthapuram did not forget the importance of washing hands and taps as a possible medium of contact for many people and may serve as a conduit to spreading the virus.

To overcome this, the coaching maintenance workers of the Thiruvananthapuram Railway division developed a washbasin which is operated using the feet. The brains behind this innovation are the five workers of the Accident Relief Tool van (ART). They work under the mechanical wing of the coaching depot and they made this brilliant innovation in a single day. This new method to wash hands is now being used by most of the employees there.

The washbasin has two pedals attached to it. One dispatches the handwash and the other water. This unconventional hand- wash system is what we needed during times like this. The official during an interview with TNIE discussed how the wash-basin worked.

He said that every railway department was given order to come up with an innovative method to replace the hand taps. The ART division came up with this hands-free wash-basin where, when you press the pedal, the water starts flowing and when you take off the foot, it stops. It was used by the employees at the coaching depot. The hand taps and the threat of spreading COVID-19 motivated them to come up with this idea.

Their innovation was so efficient that they even received praise from the Union Railway Minister, Piyush Goyal. He tweets about them, praising their effort to combat the pandemic virus, COVID-19. He also shared a video of a worker using the innovation on his handle. This innovation was also praised by several other ministers like the Divisional Railway Manager, Shirish Kumar Sinha who applauded the idea and effort.

Necessity is the mother of all inventions – again proved right in the case of a hands-free wash basin!

A Tribute To Saroj Khan: The Legendary Choreographer

Children Pool up Savings to Feed Stray Animals in Dehradun