Adorning homes, vehicles, and monasteries, the Tibetan prayer flags have come a long way. These flags nowadays are increasingly being used for decoration purposes. Along with beauty, these flags also hold deep religious and spiritual significance. Though it is not disrespectful to use Tibetan flags, it is good to know what is the meaning of Tibetan prayer flags as it might help you make better use of these flags.

Adorning homes, vehicles, and monasteries, the Tibetan prayer flag has come a long way. These flags nowadays are increasingly being used for decoration purposes. Along with beauty, these flags also hold deep religious and spiritual significance. Though it is not disrespectful to use Tibetan flags, it is good to know what is the meaning of Tibetan prayer flags as it might help you make better use of these flags.

There are various stories behind the earliest use of these flags. One of them is about the time the Devs and the Asuras got into a battle. The king of the devas, Lord Indra, then approached Lord Buddha for his assistance in winning the battle. Gautama Buddha then gave him a mantra and told him to carry prayers or this mantra to the battle as it would ensure victory.

Another origin story is that since these banners were associated with Buddha and ahimsa, an Indian monk carried these flags around as auspicious symbols of his commitment to peace.

The history of Tibetan prayer flags is almost 2000 years old.  The symbolism of these flags has undergone radical changes across centuries. The earliest use of these flags can be traced back to when the Tibetans followed Bon, a shamanistic religion wherein the people believed in nature gods. These flags, which were initially used as military banners, were hung to honor the Bon gods who would protect the citizens from the ravages of the wars which often took place among the warlords of Tibet.

Towards the end of the 6th century, as Buddhism started gaining prevalence in the plateau, the use and symbolism of these Buddhist prayer flags changed. The Buddhist monks would write Buddhist prayer verses and mantras on these flags. The flags are now associated with Buddhism rather than the Bon religion. The flags which earlier carried Buddhist prayers to gods now carry blessings to the people.

Even though known as “Tibetan prayer flags,” the flags had their origin in India. Printing on cloth first started in India. This practice then reached Tibet, where the Tibetan monks were taught how to print prayers and sutras onto cloth pieces. They were then eventually used as prayer flags after some modifications.

They are widely used in the regions of Nepal, Bhutan, Tibet, and northeast India. However, not all branches of Buddhism follow this practice of hanging flags.

2. What Is the Meaning of Tibetan Prayer Flags?

Tibetan prayer flags are popular amongst the Buddhist community as followed by the Buddhist teachings as they bring about good luck, peace, and prosperity and protect the people. These flags comprise of rectangular cloth pieces of 5 primary colors. These colors are not randomly chosen. They all represent a quality considered important in Tibetan Buddhism.

The flags consist of rectangular cloth pieces arranged in a specific color order i.e., blue, white, red, green, and yellow. Each color holds a different meaning. All these colors signify one element of nature.

Green symbolizes nature/water, stands for fluidity rids one of jealousy

All these colors represent the balance that one requires to live a healthy and good life. These flags were earlier also used for healing. It was believed that if these flags are arranged around an ailing person, they would harmonize the elements of the patient’s body and heal them.

These flags are usually hung out in the open. The wind will then carry the blessings from the prayers written on the flag to the surrounding areas, spreading positivity and compassion. Flags with prayers are can be spotted in the high mountain ranges. It is done so that the wind can carry the blessing to faraway places.

Originally, the flags were made by using cotton cloths. Block printing methods were used for stamping the cloth pieces. They are then strung in their proper order.

However, since pure cotton deteriorates quickly, synthetic cloths are also widely used nowadays. These are more durable and maintain their colors for a long while.  They are also comparatively cheaper.

Depending on the way they are hung, Tibetan prayer flags are of two types, known as lung ta and dar Chen.

These are the most common types of flags.  It comprises rectangular cloth pieces attached to a string. These are usually hung horizontally from higher to lower elevations. They can be spotted at religious sites and in vehicles like bikes and cars.

These flags comprise 5 colored blocks attached together. The order of the colors remains the same, i.e., blue, white, red, green, and yellow. The main difference is that the Dar Chen flags are hung vertically on a flagstaff. It is usually hoisted on a roof or at temples.

The flags also differ from each other on the basis of the content that is printed into them.

These are the most common. An image of Lung Ta is in the center of the flag. It is a horse with three jewels on its back. These jewels represent the Buddha, The Dharma (Buddha’s teachings), and the Sangha (the Buddhist community). The lung ta is surrounded by other symbols. On the four corners of the flag are the other powerful animals; dragon, snow lion, tiger, and garuda (a mix of eagle and human). The Lung-Ta represents speed and the conversion of bad fortune to good fortune.

Printed on these flags is the image of Tara, the female Buddha (Vajrayana Buddhism). She represents compassion, emptiness and love, and kindness.

Guru Rinpoche, or Padmasambhava, considered the second Buddha, is a major figure in Buddhism. He was the saint who bound the demons and converted them into the guardians of Tibetan Buddhism. The guru Rinpoche prayer flags have an image of Guru Rinpoche in the center, surrounded by mantras.

These flags contain the sutras given by Buddha to Indra to defeat the demons. They symbolize victory and are commonly used around the new year.

Anyone can hang prayer flags, irrespective of their religion. However, some things must be kept in mind while putting up these flags, as, after all, they are not just decoration pieces but religious symbols.

Apart from these essential points, hanging the prayer flags on auspicious days is advisable. Monday and Friday are considered good days to hang the flags. Lunar and solar eclipses multiply the effect of the flags and are considered ideal days.  It is said that if the flags are hung on astrologically bad days, they give out bad or negative energy for the whole year.

It is not essential to hang the flags on a particular day, but the person should have pure intentions while doing so.

With time, the old prayer flags may lose their color and fade. It is actually considered good! According to popular belief, this means that the flags have fulfilled their purpose of spreading positivity. The fading colors are considered a sign that the wind has successfully carried the blessings from the mantras of the flags.

Since the flags are considered to be sacred, special care must be taken while disposing of them. One of the ways is to burn them. It is believed that the ashes will carry prayers or mantras into the atmosphere and purify it.

The other way is to let them keep the old ones hanging along with the new ones. This is the prayer flag tradition and is also encouraged. It displays the cycle of birth and death and impermanence, one of the most important principles of Buddhism. The flags must never be thrown in the trash, as it is considered extremely disrespectful.

These prayer flags are popular not only among the followers of Buddhism but also people of other religions. Though most people might not be aware of what is the meaning of a Tibetan prayer flag, they still use them to grace their homes and vehicles.  If put up with good motivations and intentions, the flags can bless not only the ones who hang them but also everyone the blessed winds can reach. Now you know what is the meaning of Tibetan prayer flags.

What Not to Wear If You Have Big Bust? – 16 Amazing Ways to Accentuate Your Curves 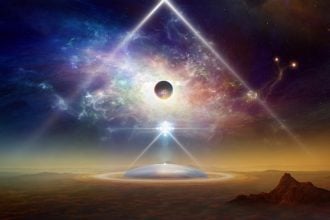 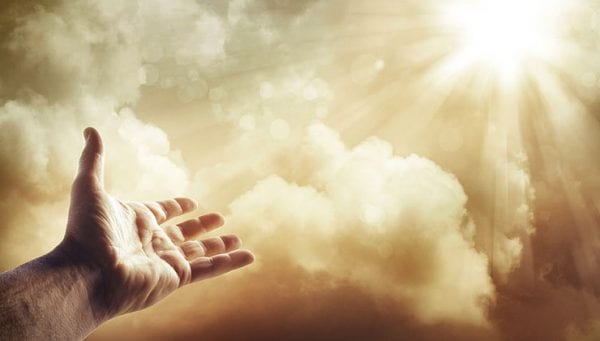