6 Characters From Popular Fiction with Great Depth of Character

Vinky Mittal
Student. IPCW. I like lights. And colours. A lot of them.

Who doesn’t love to get lost in the fictional world of books? We all do!

Books have been such a major part of all our lives. Luckily, some of these books have portrayed a few characters so well that now they seem more real to us than reality itself. That apart, here is a list of 6 characters from popular fiction with great depth of character. 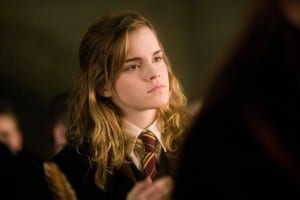 “Just because you’ve got the emotional range of a teaspoon doesn’t mean we all have.”

One of Hermione’s most brilliant things is her constant refusal to dumb herself down to the level of what her peer group demands of her. She is so unapologetic about being herself that snide remarks do little in the way of wavering her. Apart from being the brave and clever witch that she so obviously is, Hermione is a feminist icon in herself- standing up for what she believes in and unafraid of the consequences that follow as a response to who she is. It’s refreshing to see how Hermione refuses to abandon her basic nature even after being constantly teased about the same about her sexuality.
And well, didn’t she take all our hearts away with the Society for the Promotion of Elfish Welfare? 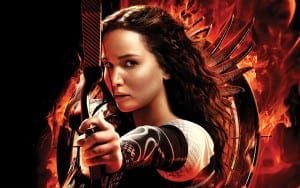 “Fire is catching! And if we burn, you burn with us!”

As circumstances and people strive hard towards weakening her, Katniss shines brighter, coming out as the face of the rebellion, the Mockingjay. There is so much beauty to Katniss as a person in the various colors she exhibits. The blood she doesn’t mind, as she prepares herself to take a life, and the blood she is as prepared to give up on her own. Katniss treasures life, but she knows how less it is worth in the midst of a revolution.

While on the outside, Katniss might appear to be a selfish girl only bound by the love she has for her sister, she actually transcends beyond it. This journey is well shown in the series itself- as the revolt grows, so does Katniss. Her transformation from Katniss Everdeen to the Mockingjay is actually overwhelming in itself. Katniss’s beauty is in her evolution. The books show Katniss’s journey and her growth from a girl in District 12 to a rebel conscious of the larger world. 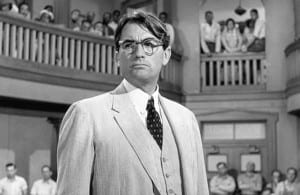 “You never really understand a person until you consider things from his point of view … until you climb into his skin and walk around in it.”
The uproar for equality finds an excellent echo in Atticus Finch, one of the most iconic literary heroes of all times. Atticus shines brilliantly as he refuses to abide by the flawed legacy his family boasts of. His advice to his children is basically lessons of justice and those of acceptance. His children are given a sense of independence and the liberty to do what their hearts deem fit.

Atticus’s ideas, unacceptable to America of 1930, carry with them a streak of reality.  Though revolutionary in his beliefs, Atticus carries in his persona- a line of humility and politeness, even while addressing his challengers. The various dimensions Atticus has to himself make him one of the most appreciated characters.

Another major aspect of his persona is his ability to separate the wrong from the wrongdoer. This comes well into light when he tells Scout – “This time we aren’t fighting the Yankees, we’re fighting our friends. But remember this, no matter how bitter things get, they’re still our friends, and this is still our home.” 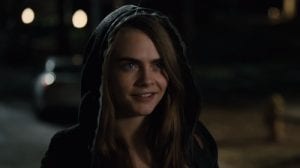 “The rules of capitalization are so unfair to words in the middle of a sentence.”

We are all messed up inside- what makes Margo different is that she recognizes the mess she is.

Beneath her shocking persona and irresistible energies, Margo is a work of art- beautiful and unique. The character speaks loudly of an existence foreign to us as humans. Margo’s charm is not in the answers she gives but in the questions she has. She is bold, brave, and courageous. She can stand up for herself, and she can stand up for another. Unlike most teenagers, Margo realizes the falsity that hides behind the high school showers’ popularity on her. 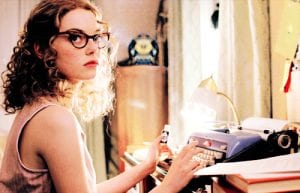 “I’m sorry, but were you dropped on your head as an infant? Or were you just born stupid?”
Skeeter comes across as the one sane white voice in the town of Jackson, Mississipi. Skeeter gives courage to other women while motivating them to come forward and tell their own stories. She is the reason the oppressed community in the town dare to speak up.

Skeeter defies the beliefs society tries to imbibe into her while constantly following her own belief of what is supposed to be right. As she supports the right and silently rebels against the unjust attitudes, she loses her childhood friends and love affair. Her courage is in the face of all the odds that establish her as a person of commendable virtues. Perhaps her determination and conviction finally sets her life into motion and bring her to where she is supposed to be. 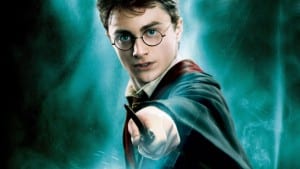 “I’m going to keep going until I succeed — or die. I don’t think I don’t know how this might end. I’ve known it for years.”

It seems just right to end the list with the Boy Who Lived.
What I love about Harry is his understanding of what matters the most. The fact that he values love and friendship more than anything else speaks volumes about him.

At times, Harry’s unwavering belief in his friends and comrades helps him get through the dark. Harry persistently refuses to believe in the discriminatory practices that shroud the world. To him, all are equal- the concept of mud blood or pure blood does not stand.

Harry’s courage is put to a tough test in the Order of the Phoenix, when the leading newspaper speaks of him as a liar, when his own peer group turns against him, accompanied by the mental torment he is subjected to as Voldemort tries to look into his brain. But Harry emerges victorious each time, evolving and turning into a better person. A prophecy named Harry as the chosen one, but Harry’s actions, indeed, validated the prophecy’s claim. 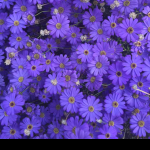 Student. IPCW.
I like lights. And colours. A lot of them.

The Watcher In The Woods : Why You Should Still Watch The ’80s Classic