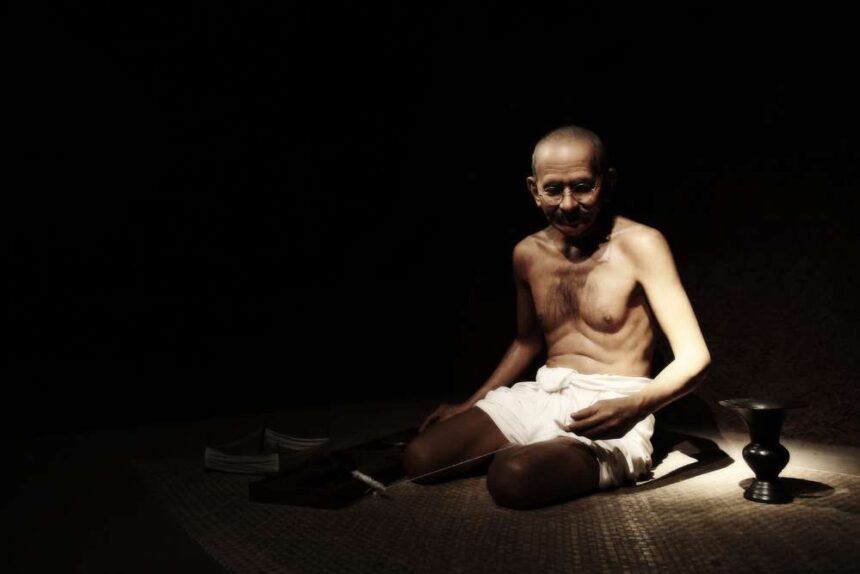 The Father of the Nation, Mahatma Gandhi, was a generous person. He knew what to say, how to speak, and to whom to speak. He was confident about himself and his intentions. He had immense patience, and his strategies threatened every Britisher.

Here is a list of points, which prove that Gandhiji was not only the father of the nation but also a great leader.

Before starting any agitation or Satyagraha, Mahatma Gandhi did a thorough study of the issue. This gave him the right platform, and he could point out the issues swiftly and efficiently. Despite organizing successful Satyagrahas in South Africa, when Gandhi landed in India, he was not overconfident. He was patient and researched India for 2 years. This research gave him the fodder to strategize the agitation and Satyagraha.

His policy was S-T-S. Struggle Truce Struggle. Mahatma Gandhi knew exactly how long the agitation could be effective. When he found that the Indian public cannot withstand the Britishers’ challenging force, he smartly winded up the agitation. Examples are the non-cooperation movement, the Civil Disobedience Movement, etc.

The majority of India’s population was peasants. They did not have any experience of fighting mighty Britain. Also, the Britishers were technically more powerful as they had an organized army culture. Hence, it was impossible to think that Indians could fight Britishers out of their homeland. But Mahatma Gandhi believed that non-violence was the only weapon that could drive Britishers away.

Gandhiji took advantage of the international political scenario. During World War One and World War Two, he carried out two agitations: the Non-Cooperation movement, which started when the first world war was about to end in 1919. The Quit India Movement in the 1940s. Gandhi Ji commenced the agitation during that time when Britain was drained and short of financial resources. This agitation further fueled their burning homes.

He started to take up issues at the local level and experimented in his own ways. For example, the Champaran Satyagraha, Kheda Satyagraha, and Ahmedabad satyagraha were local issues. Even though he was very successful in South Africa, he did not take Britishers lightly. He knew the policy of the Britishers, but he also wanted to know the approach of the Indian community. Hence, he initiated slowly and steadily, which gave fruitful results.

Even after so much hard work and brainstorming, he was courageous. He took bold decisions, which helped India a lot. Every freedom fighter had a different approach, but every approach leads to the same destination. The irony is we keep on fighting on social media about Gandhi and violent revolutionaries, whereas the fact is that both of them respected each other. Then who are we to criticize them?

Happy International Non-violence Day.
May Gandhi rise in every soul, and may we learn to respect others’ opinions.

Posted by Pathik
I am studying structural engineering Design and i have been writing poetries since 2010. My area of interest in writing are social and economic issues.
Leave a comment Leave a comment