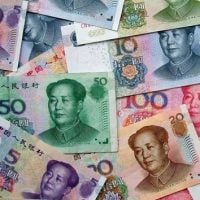 Money is a mode for making so many transactions today. However, this great invention did not appear in one day. It took a really long time to create a means for exchanging goods and services. It all started with Chinese paper money and then evolved.

This article will take you on a tour of something that is necessary for the people in the world today. Developments and the sense of an economy came with this great invention. Chinese paper money was where everything started. This is what changed the lives of people.

This system was a prevalent system for trading in the ancient world. People could not think of any other system of trading and exchanging goods. However, this system was changed because of several loopholes.

The barter system required a double coincidence of wants. In simple words, it needed both the traders to want each other’s goods. This problem leads to a lot of inefficiencies while trading goods. It was one of the reasons for removing the barter system and the coming of Chinese paper money.

The second big loophole in the barter system was that the value of goods could not be fixed. This means that nobody could decide if one essential good was worth the value of the other. Thus, this system created a lot of confusion.

The barter system’s biggest problem was that they lacked the availability of area to store the huge goods. Big goods like cattle that were traded could not be stored in a small area. 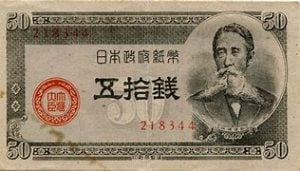 Money was, thus, a significant invention that came in much before the 12th century. This is what led to a big revolution in the world. Money solved all the issues that the barter system put in front of people. It also increased the efficiency and speed of trading.

However, money did not just appear out of nowhere. It came in due to many situations and circumstances. The first form of money used widely was Chinese paper money by the Republic of China’s peoples.

4 Amazing Facts About The History Of Chinese Paper Money

The Chinese are known for trading various products. They are also known for manufacturing inexpensive products for the whole world. This is one of the important factors that led to greater inventions in China under the Tang Dynasty.

China had started creating a paper that was less expensive compared to the rest of the world. This unique paper was made up of natural fibers. China was also a place that was ahead in the task of block printing. These two things led to the invention of Chinese paper money.

It is, however, under the Song Dynasty that the money was officially recognized. The earliest mode of money in China included precious metals like gold and silver coins. It also involved expensive copper plates and other items.

When paper money was invented in China, trading and exchange became easier. This was because the paper money was much easier to transport. This invention also freed up precious metals, which were later used for different purposes.

Hence, the traditional money system of china was replaced by Chinese paper money.

The history of Chinese paper money began in the Tang Dynasty of China. The next few sections will throw light on the brief history and amazing Chinese paper money facts. It will also highlight who was responsible for this great invention and its evolution.

The first form of paper money in the Tang dynasty was popularly known as flying cash. This flying cash was used for everyday activities like paying the local laborers, business people, and merchants. It was used in many different parts of the empire.

The Tang Dynasty has established around 618 AD and lasted up to 907 AD. The appearance of Chinese paper money of the Tang dynasty was first spotted in 800 AD. This flying cash could be transported large distances, unlike heavy metal money.

The cash or the money used in those times was known as flying cash because it used to blow away with air. This characteristic was missing in the heavy coins made up of precious stones and metals.

New inventions at that time were not easily acceptable by people. The same thing happened with the local population of China in the era of the Tang dynasty.  It was seen that people did not readily accept this new form of money easily. 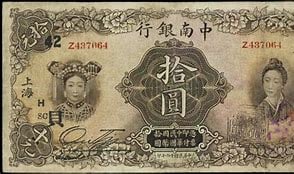 The commoners liked the idea of trading with merchants and business people through precious metals. However, the positive changes that paper money brought changed their perspective.

The Tang dynasty era was when the Chinese paper money had first appeared. It is a lesser-known fact that the official note issue process began in the Song dynasty. The Song dynasty established in 960 AD and lasted up to 1279 AD.

The Song dynasty was very popular as the rulers were efficient. They ruled for a long time and were responsible for many positive changes that took place in the nation.

Intelligent financers of Szechuan introduced Chinese paper money during the Song dynasty. Szechuan was an important province in China as many important reforms started from here. The printing of Chinese paper had also begun in this province.

The banknotes of Szechuan got popularity instantly. There was a lot of content like human figures, trees, and houses that were printed on these paper notes. There was a usage of inks of different colors and some confidential marks on China’s paper notes.

Marco Polo was a famous explorer who came to China in the 13th century. He was surprised to see the amazing usage of paper notes.  He was so surprised by the monetary system that he wrote about it in his book.

Chin occupied China from the 12th century. This new dynasty has started using Song’s example and issues banknotes. There were several new rules that were enforced on paper money for the public.

There were a new agency and bureau to take care of the rules. The large denominations had several strings. One string was worth 100 coins.

Similarly, small denominations were worth 1 to 700 coins. This system was unique as compared to other money systems in the world. Any commodities did not back the currency created by the Chin dynasty.

The occupation of the Chin dynasty of China was seen as a cruel time. This was evident in the harsh setup and enforcement of rules. The rulers thought more about themselves than the local public.

This ruler of this dynasty got punished for their wrong deeds very soon. The Chin dynasty was destroyed as it fell into ruins when Mongols captured it.

The Mongols appeared in the mid 13th century. They had powerfully overthrown the Chin dynasty and took over China. The new dynasty that was set up by the Mongols was known as the Yuan Dynasty.

The Yuan dynasty was powerful yet, fell into several problems. Their paper money had started depreciating in the 1260s. The currency completely lost its value till 1309. There was a new issue of banknotes that was printed with copper plates.

The Ming dynasty was one of the oldest dynasties that invented Ming paper notes after several mistakes of the Mongols. The last phase of the Chinese paper money included central banks and legal tenders. More official terms had come into use. 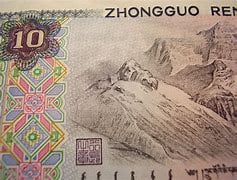 The inflations of the 17th century in China led to the Spanish looting the world. The 19th century was when new innovations started coming in, and money started evolving. These evolutions have been very useful to people worldwide.

We live in a world of technology where money is easily transferrable for most people. It is effortless to transfer money from one account to another through the modes of bank transfer. These evolutions have helped society to be more efficient with their work.

The best thing about today’s world is that online payments are the easiest way of transferring money. This is helping millions of people all around the world. People globally can transfer huge amounts through bank transfers and online payment to their loved ones.

All the important transactions can also be done with just a click of a finger on your smartphone. You can also get your entertainment at home through  OTT platforms like Netflix and Prime due to online payment options.

These online transactions have also made it easier to shop for our daily goods and get some important services. The best thing about online payment is that it has helped in growing small businesses. Moreover, online businesses make sure that the goods are available to even isolated and rural areas.

It is evident that the evolution of money has been so useful to people all around the world. It has helped the economy to flourish worldwide. It has also helped reduce confusion that was caused due to the old barter system. Money is also a widely used medium of exchange that nobody can deny.

One of the best things that money did in Europe was breaking the system of feudalism. This system had made several people suppressed under their landlords. It was based on services instead of goods and was very harsh for the laborers.

However, after the invention of Chinese paper money and the coming in of money in general, this problem was solved. The laborers have started demanding money in exchange for the services they are offered.

Inventions like a single paper currency for a single nation made it easier for people to be unified. It is said that before Napoleon ruled some areas of Europe, there were 32 to 36 currencies used. One of the most revolutionary changes made in Europe was the reduction of currencies.

Money also played a major role in the industrial revolution. It helped Britain in being the first country to go through the revolution. Britain was financially fit and was home to several banks. This helped it get better machinery and tools. 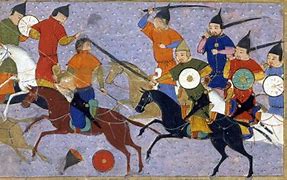 We must be grateful to the dynasties and their leaders who initiated inventions like Chinese paper money that helped millions of people in the world. This was where all the important money-based inventions began.