I am sure you have come across the sight of lizards shedding their tails off when nipped by an external agent by a hook on the wall?

Nature has armed every organism with its mode of self defence from predators and harsh environment. Some have shells, some have wings and some have claws. The most tantalizing feature however remains the ability of self-amputation, or autotomy.

Here’s the gore, the tail with writhe by itself enough to distract the predator. Usually the predator will eat the bait and the lizard will scott free,

The lizard will come back to eat it’s own tail. (I’m sorry for the disturbing visuals)

The anatomy is such that the surface area is maximum and the tail segments are held together by strong forces of friction and adhesion only. The mechanism is somewhat like using vacuum hangers on walls. When the predator chases, the lizards contract their muscle, dropping off the tail by disrupting the physical forces.

For Lizards, their primary predator are Vipers.
The minimal contact of a viper’s bare fangs with the lizard is enough to secrete venom that induces the muscular contraction, resulting in the detachment of tails!

An artist’s rendering of the reptile Captorhinus, with a tail that can detach if a predator grabs onto it.

According to an article by Heather Brady of National Geographic, Captorhinus, an ancient reptile weighing 4.5 pounds lived about 290 million years ago.
When the predators tried to catch them by their tail, they ended up ripping the tail off instead. The trait died out eventually but reappeared about 70 million years ago and still persists in the lizards of today.

WARNING: Don’t try to catch one by the tail, it’s a repulsive experience ! 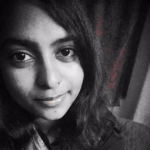 Share
Facebook
Previous articleBeing an Extrovert: The Top Things You Would Experience
Next articleThe Impact of AI on Customer Journey: Lessons for Marketers