Barbie Gets a Diverse Range Of Shapes, Sizes and Colours

Barbie, the most famous doll, now has a wider compass; it is ready to fascinate and charm people in new ways. The iconic doll gets a diverse range of body shapes, sizes, color tones, and hairstyles.

Barbie is a fashion doll manufactured by Mattel, the American toy company. It was launched in 1959 and enjoyed great success, name, and fame. It has held the number one spot for dolls in the U.S. Barbie has become an iconic symbol, and it has been an important part of the toy fashion doll market industry for over fifty years. Barbie has influenced many girls’ products for over five decades; from color boxes, pencil boxes, hairpins, hairbands to bags, every girls’ product is adorned with Barbie’s images.

I am sure we have all played with them and purchased products that showcase them. But when we think of our childhood Barbies, we can recall that they all looked almost the same; the clothes, however, were different, but their body shape and their skin tone were always the same. The brand has faced criticism over the doll’s unrealistic and virtually impossible beauty standards as it has a tiny waist and stick-thin legs and always came in the same skin tone and shape. The company has been accused of showing an anatomically inaccurate image of women.

However, over time the company worked towards rectifying this mistake. As time changes, Barbie also has undergone a change that hopefully will connect and relate more to the 21st-century people. Barbie, the world’s bestselling doll, now comes in various shapes, sizes, and colors. Mattel, the most famous toy company and maker of Barbie, on Thursday, 28 January, unveiled the “tall,” “petite,” and “curvy” versions of its iconic doll. This is the biggest update since 1959 that the Barbie Fashionista collection underwent. Barbie is now out with the skeletal frame, thigh gap, curvy hips, and thighs embracing different beauty standards.

Barbie’s latest makeover began in a big way last year when Mattel released a wide variety of dolls in a greater number of skin tones, body shapes, and hair colors. Barbie will now be available in three body types, seven color tones, along with twenty-two eye colors and twenty-four hairstyles to meet natural body and beauty standards. The thirty-three dolls will come out in stages.

The new versions of dolls are available online and ready to hit the stores soon. The new Barbies are created to meet the real and reliable measures so that people can identify and relate to them. Mattel’s President and chief operating officer and executive, Richard Dickson, said, “I think now, frankly more than any other time, Barbie is representing what girls see around them. Her ability to evolve and grow with times, while staying true to her spirit, is central to why Barbie is the number one fashion doll in the world.” Evelyn Mazzocco, Barbie’s senior vice president, said: “We are excited to be changing the face of the brand – these new dolls are more relevant to the girls.” 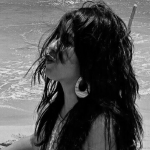 Share
Facebook
Previous articleEnvironment And 7 Shocking Facts About It!
Next articleThe What And How Of The Zika Virus