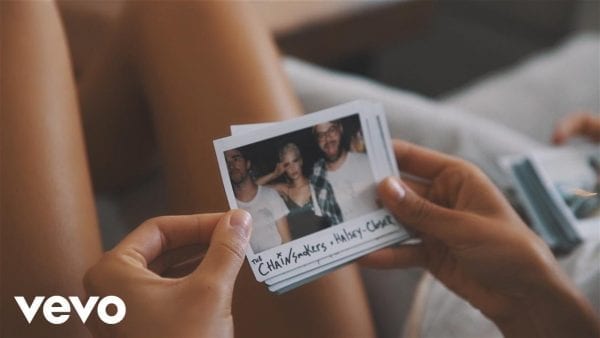 2016 saw new songs hitting the charts, and while quality is difficult to quantify and list, popularity is not. Here are, according to Official music charts of 2016, the most tuned in to songs of the year.

Drake’s characteristic catchy, upbeat tune, mixed with hints of melancholy, puts this song on top of music charts of 2016.

Though the song was released at the tail end of 2015, it topped the music charts of 2016. A beautiful song with poignant lyrics, its position is surely a well deserved one.

3. Mike Posner- I Took A Pill In Ibiza

A deceptive nonchalance open to multiple interpretations and re-imaginations, this is a phenomenally popular chart topper.

A wonderfully positive anthem, this is a catchy song that will get all and sundry tapping their feet.

5. Calvin Harris Ft. Rihanna- This Is What You Came For

An infectious beat and Rihanna’s striking vocals- what more could one need?

A preppy tune combining melancholia with a positive tone, this wonderful get-over-a-guy song was sure to top the music charts of 2016.

Impressive vocals and an impressive music video- Rihanna surely knows how to make it work and top the charts of 2016.

This is a song that sees Bieber shed past images to veer into a more mature territory that he has ever trod before.

Released in early 2016, this is a song that managed to sustain popularity with a simple, optimistic appeal.

The Fifth Harmony girls are all grown up as they exude confidence in a steamy assertion of sensuality, inherent to both song and music video.

Justin Timberlake, with his signature sound, can create as much a stir today as he did when he first burst into the scene, and this song is no exception.

12. Calum Scott- Dancing On My Own

Sad, stirring, poignant-a vivid articulation of heartbreak that might get you to shed a year or two.

Zayn Malik, now building a career as an individual artist, ventures into edgier, more mature territory than One Direction, his former band, allowed him to. Bonus points for experimenting with his sound, drawing on South Asian roots and featuring his stunning girlfriend Gigi Hadid in the sultry music video.

Proving that they are a duo that creates wonders when they unite, the Drake-Rihanna collaboration is carried forth by this number, offsetting a tone of regret and accusation with a cheery beat made it to the official music charts of 2016.

15. COLDPLAY: Hymn For The Weekend

A medley of a colorfully portrayed India, an appearance by Sonam Kapoor, a feature of Beyonce’s vocals, this is a song that is more than just that- it is an experience in itself.