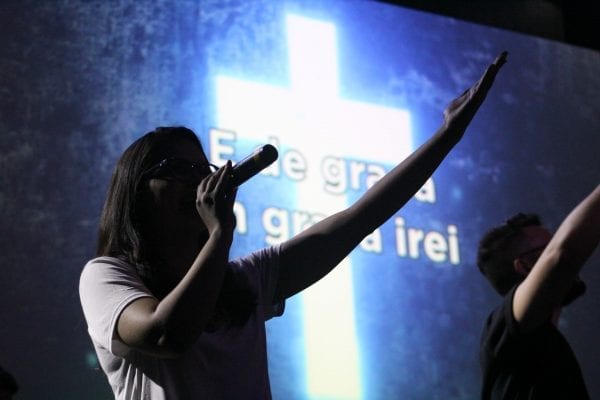 Do you know some of the popular Indian female playback singers on YouTube? Fortune doesn’t really matter when you are filled with talent because you don’t need to wait for an opportunity to showcase your skills. Indian Female Singers worldwide that can cast a spell with their voices opted for youtube as their platform. Youtube turned them into celebrities by letting the world hear their magical voices. No doubt that after listening to their covers, they can replace the original song in your playlist.

Shraddha Sharma started her career by uploading an acoustic cover of the main tenu samjhawan ki. She became a popular Indian female singer from her 4th video, a cover of Haale-e-dil with 2.6 million views. She is in the top position of the category with a huge number of youtube subscribers. Then she was encouraged to do her very own musical album roastery that became successful. Some of her popular covers are muskuraane, har Kisi ko nahi milta, and ektara.

Shirley is the 2nd most popular Indian female singer on youtube. Her first video covered “tum hi ho” from Aashiqui-2. She stole many hearts with her voice and damn how cute she looks. Every attempt of her was beautifully orchestrated. Most of her videos have crossed over 1 million views; some of her popular tracks are –tu zaroori zid, Kuch Na Kaho, baarish, 90’s mashup, and so on. Every attempt of her came off beautifully.

Vidya, an Indian-born-American, is mostly known as a mashup queen. She is one of the most popular Indian female singers.  What makes her special is that she combines western albums with a desi touch. Every combination of her mash up-fits very accurately. Currently, Vidya is learning Hindustani classical music and parallelly taking western vocal lessons. Her first video on youtube was the mashup of Big girls cry and Kabhi jo baadal hain. Thousands appreciated her work from her first strike, which is not an easy task.

A very common girl who never gave up on her passion. Priyanka has been maintaining her channel on youtube for more than two years. She is a vocal singer and guitar player. She makes acoustic covers and composed many original songs that so many people adore; her originals are-dil ka aashiyaan, kya koi phir, would you be my lover, and the list goes on.

With her unique style of singing, she mesmerized many people with her voice and looks. There is no such note that she can’t sing. Lisa is a vocalist and loves to sing a song with a guitar. She has made many covers of both English and Hindi albums.  The most viewed covers of Lisa are- Jeena Jeena, Taliban Gayi, chal wahan jaate hain, and as long as you love me.

Avanie, a Delhi girl, is a heartthrob of many guys. She recreates the originals with a great touch.  Many of her covers are huge hits. Her music videos went viral and were applauded by a huge number of music lovers. In a line, she can be described as “Bold and Beautiful” in terms of her voice and looks. Some of her super hit covers are- cha hu main ya na, banjara, chittiyan kalaiyyan, sajnaa, and lots more to be in the list.

Taking her mom as her inspiration, Amika Shail decided to make her passion a profession. Her melodious and husky voice is the reason for her breath-taking performances. She has acoustic covers, instrumental covers, and originals on youtube. Amika also works behind the screen to give a voice for various advertisement campaigns.  Amika’s tribute to her mother, the meri maa song, touched many hearts.

Shweta is an Indo-Canadian playback singer. Apart from her professional Bollywood singing, she collaborated with many youtube channels like Akash Gandhi, The piano guys, Sandeep Thakur, to cover originals. She has turned out to be one of the most successful voices on youtube. She has a huge fanbase in India and overseas. Akash Gandhi and Shweta Subram’s cover version of Jeena Jeena crossed 2 million views.

This young and charming lady has several achievements in her career. Varsha has been part of a concert and has also given many live performances. She is also a close-up web singer and one of the best Indian female singers. Though her covers are less in number, the response is priceless. Many people appreciate her covers of songs like Maiya, duaa, hasi, mehabooba mehabooba.

Apart from these, there are many other talented Indian playback singers that India has like Asha Bhosle, the legend lata Mangeshkar, Sunidhi Chauhan, Sonali Thakur singer of the famous and amazing song moh dhaage from Dum Laga ke haisha for which she also won Filmfare awards and national film awards, Kavita Krishnamurthy, Shreya Ghoshal and many more.

The amazing Neha Kakkar is known for her popular songs; Alka Yagnik, famous in the music industry, has all worked with many music directors in the film industry.