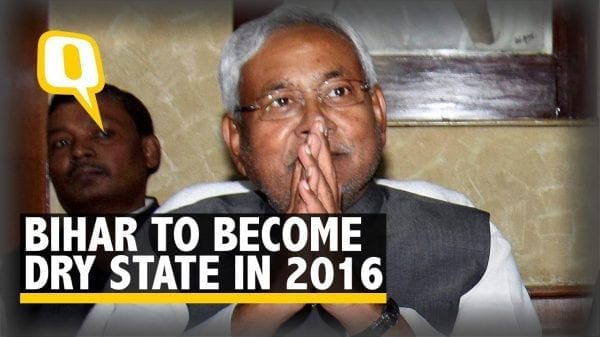 Do you know the latest happenings in the country? No? Here is a news coming directly from the Bihar government that the state will move ahead in the direction to become a dry state very soon. Now you must be wondering what is “Dry State.” Wikipedia describes a dry state as “A dry state is a state in the United States in which the manufacture, distribution, importation and sale of alcoholic beverages are prohibited or tightly restricted.”

Shri Nitish Kumar took this decision by new liquor policy formed by Bihar’s excise and prohibition minister, Abdul Jalil Mason and his team. When we are talking about Bihar, how can we forget our country’s Oh-so-famous Mr. Lalu Prasad Yadav? Well, according to the inside sources, Rashtriya Janata Dal chief has supported the Nitish Kumar’s government decision to put a complete ban on liquor. A similar decision was taken by Kerala’s Chief Minister Oommen Chandy in 2015 where the state government imposed a total prohibition, and only 5-Star hotels were given bar licenses. If we look at the statistics, the excise collection in the year 2014-2015 from the sale of liquor was Rs. 3700 crores. So if the government is taking a step in banning a product which generates such a huge revenue, an alternative must be thought of to compensate the monetary loss of Government. Nitish’s prohibition plan has elicited the positive response in the people of Bihar, but questions are being raised about its efficacy. Well yeah! Nitish Kumar is too cool and optimistic to answer this. His response to a similar question was, “The general loss is much more than the loss of revenue. It has been my long cherished dream to ban liquor in the state as it causes several ills in the society, especially in the villages. Moreover, we’ll devise other ways to manage the losses.” Dating back to election time in Bihar, “Ban on alcohol” was a promise the current Chief Minister made to a group of angry women who had complained about the liquor addiction in the villages and their plight. Kudos to Shri Nitish Kumar for this much-needed decision as the situation was worsening day by day. The men living in the villages were getting addicted to alcohol and the repercussions were faced by helpless women.

Leadership means facing challenges Head-On! Thus, the enforcement of this decision will inevitably face a significant challenge, that is, Smuggling of alcohol from states like Jharkhand, Uttar Pradesh, and Nepal, which share porous boundaries with the state. However, the enthusiasm of village women will not go in vain, because it is true that, once a woman is angry and wants something desperately then no force can stop her. “Women power”! Women living in villages will undoubtedly become secret agents of the government and will fight against this virus at the ground level.

Nitish Kumar has always been a leader who lived up to his promises and never turned down the expectations of his people. Such a decision was much needed because of the illegal breweries and liquor kiosks in the villages.

“GO BIHAR GO!” Icytale’s strongly supports this initiative of Bihar government and looks forward to a positive effect of the same on other state government. 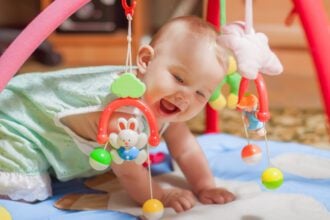