Bizarre Beauty Trends Around the World 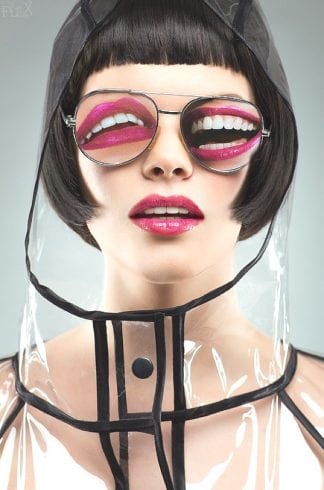 Beauty. A string of six letters that is never what it means today, as it does tomorrow, never how one sees it, as does another, never what it stands for in one part of the world, as it does in another. A word that, like the world itself, is always in a state of flux. And while most beauty trends, bizarre as they are, are the works of a closed and bigoted society, steeped in social hegemony and intent on placing rigorous benchmarks to define it in set terms, some are studied ploys to use the bizarrerie of the trend to crusade against pre-determined ideas of right and wrong, attractive and unattractive.

Read on to know the ten beauty trends that range from bizarre-for-a-cause to downright crazy.

The Padaung subgroup of the Kayan tribe, an ethnic minority in Myanmar, is known for their women who don brass rings coiled around the neck to lengthen it. The practice starts when the child is as young as five, with the coil being replaced and more turns added over the years, so that by the time the girl is a grown woman, she may have as many as twenty rings wound around her neck, like a metal snake.

The resultant effect is not so much an elongated neck as a deformed clavicle, as it is not the neck that is stretched to look like a giraffe’s but the rib cage that caves under the pressure of the brass coils. Among other reasons cited by anthropologists to account for this strange practice, the most pertinent hypothesis is that the effort to acquire a slender neck makes the sexual dimorphism more markedly prominent.

Japan’s extreme fad culture has always been something of an enigma to the rest of the world. And it doesn’t stop short at cosplay restaurants and cat cafes. Japan is also home to grown men and women going gaga over the bizarre new trend of being a ‘bagel head.’ It involves injecting about 400 milliliters of saline solution into the forehead to create a bagel-sized blob, pressing the blob with a thumb to form an indent. The structure thus formed vaguely resembles a bagel or a doughnut that has been grafted underneath the skin.

The procedure takes an average of two hours and can last anywhere between six to twenty-four hours before the skin absorbs the saline solution. Dermatologists, however, express concern that injecting saline solution might pose a serious threat to health. Omar Ibrahimi, a dermatologist at Connecticut Skin Institute, says that if the saline solution used is too concentrated (hypertonic), it might lead to extreme dehydration. Additionally, using a saline solution that has not been sterilized can run a fungal infection risk.

Since this is Japan we are talking about, the heartland of bizarre beauty trends, one entry into the list would certainly not suffice! Though less bizarre than having a squishy doughnut on your forehead, by several degrees, the recent trend of yeaba or snaggletooth is not what most people would consider attractive.

Young women in Japan are reportedly undergoing cosmetic dentistry to have their teeth, primarily the canine, chipped and made crooked. The irregular pattern of teeth, one pressed onto the other, is favored by Japanese men over defined teeth, for lopsided and misshapen teeth, they say, make women appear youthful, innocent, and almost child-like, similar to a kid’s, that is not yet fully formed. Not saying anything, but there is something positively disturbing and paedophilic about this trend that is making the rounds.

The almost unnatural fetish for a barely-there waist is doubtless, still in vogue, thanks to the slew of fashion magazines that use the supermodel culture to traumatize young women into aping the ideal impoverished figure. The Victorian Period women fell prey to what was perhaps the worst of such regressive impositions. The feverish craze for a wasp waist (which takes its name from a wasp’s segmented body) was the reason behind the infamous corset controversy that racked the better part of the nineteenth century. What ensued was a long-drawn-out battle of ideologies between those that were for and against the practice.

While some argued that the corset aided the blossoming of a graceful feminine figure, free-thinking activists of the age vehemently condemned the ruthless vogue of tight lacing that could have severe health consequences. Women of the age, fettered by such restrictive attires, were believed to have suffered from reduced pelvis size, digestive and respiratory troubles, and worst of all, miscarriages. Benjamin Flower has best described the pitfalls of this regressive practice in a 32-page pamphlet entitled, ‘Fashion’s Slaves’ where he says:

“It is difficult to imagine slavery more senseless, cruel, or far-reaching in its injurious consequences than that imposed by fashion on civilized womanhood during the last generation. … the tight lacing required by the wasp waist has produced generations of invalids and bequeathed to posterity suffering that will not vanish for many decades. … And to look stylish, thousands of women wear dress waist so tight that no free movement of the upper body is possible; indeed, in numbers of instances, ladies are compelled to put their bonnets on before attempting the painful ordeal of getting into glove-fitting dress waists.”

Among the Surma, Mursi, and Chai tribes of Africa, it is customary for women to have their lips pierced and a wooden plate placed in the piercing. Young women around the age of 15 to 18 have their lips pierced by their settlement women. The piercing is typically made about 6 to 12 months before the girl’s marriage. After the initial wound has healed, the former plate (which usually has a diameter of 4 cm) is replaced by a bigger one, whose diameter may range from 8 to 12 cm.

While some anthropologists believe that the lip plate determines the number of cattle to be paid as bride-wealth, others argue that the purpose of the lip plate is to make women of the tribe unattractive to men outside the community and hence less likely to be taken as slaves, in the event of external aggression.

Another African beauty trend that cuts, and quite literally so, is the ancient ritual of scarification, an extreme body modification form. Among the Karo tribe in Ethiopia, women with ornate body scars are lusted after because their physical tolerance to pain is an indicator of their emotional maturity and capacity to bear children. Often, the first scars made are on the abdomen, emphasizing the significance of childbearing. Patterns are etched from early childhood and continued through youth before the woman is married. The process is often perceived as a rite of passage from childhood to a socially integrated adult, a bridge that paves the gulf between inner and public life.

The critical issue of class consciousness in human society is as relevant today as in the remote annals of economic and social history. But the Elizabethan(1558-1603) and Pre-French Revolution (1775-1789) periods perhaps marked the apogee of this social and cultural divide, when people took white alabaster skin, bright pink cheeks, and rouged lips to stand for economic and social superiority, in stark contrast to tanned skin of women who labored in heat and sun.

Women in both these ages had their skin painted white, cheeks flushed with pink powder, with eyebrows either highly arched or shaved to give the impression of a broader hairline, and most bizarre of all drew veins on their skin and added beauty marks to intensify the paleness. This anemic and sickly look, as is expected, came with a cost. The white and red powders were made of lead, and in effect, resulted in swelling of eyes, chipping of tooth and nail, baldness, and was even conjectured to have led to death from lead-poisoning in some cases.

Women are often willing to endure physical pain for the sake of beauty. From fitting into tight wedding dresses to getting waxed and epilated, pierced, and tattooed, women and men are often up for treatments, the accompanying pain being the least of their worries. But in China, for almost over a century, the picture and pain were of a far more unsettling nature.

Women in China had their feet broken and squeezed into tiny shoes to resemble a lotus (hence the name lotus feet) to be married into wealth.  The bound foot, which the society took to be a symbol of social superiority and financial stability, was, in fact, a glaring example of patriarchal subjugation, for it was taken to understand that women with bound feet were financially well off, and hence, need not labor as did women with the unbound foot.

Not only does this show how women through the ages have been forced to disregard their own choices and made to conform to male standards of ideal beauty, but it also points the finger at how men have commodified women as trophy wives, who far from having financial footings of their own, are seen primarily as objects meant for sexual gratification and reproductive purposes.

If you thought the train would stop at a waspish waist and small feet, think again. For who would have thought that the easiest and most natural way to having dimples, by giving the ‘going under the knife’ a miss is to have two sharp plates pushed deep into the hollow of your cheeks.

In 1936, Isabella Gilbert of New York designed a wonder called a ‘dimple maker,’ which, when worn over the cheeks with two knobs pressed into it, ‘would soon make a fine set of dimples.’ The American Medical Association, on its part, not only ruled out the claim that the machine could form ‘a fine set of dimples’ but was also conclusive on the fact that prolonged wearing could actually lead to cancer. Sounds pretty harmless!

Yes, this is the next big fashion ‘du jour’ that’s making the buzz, and yes, I’m perfectly serious. I first heard of this beauty trend in a Buzzfeed video (yes, I’m a Buzzfeed addict, guilty as charged) where men and women dye their underarm hair as part of their ‘for the first time series’.

It struck me as odd and almost ‘calling out for attention.’  That was until I read up a little on the trend. The trend, as it turns out, was started by Destiny Moreno, a young lady of seventeen who dyed her armpit hair to a subtle shade of blue and uploaded a video of the same on Youtube, where she explains her stand and how armpit hair on women is often shamed and considered unattractive if you remember how the media and press put down Julia Roberts for sporting armpit hair at a public event.

Women from an early age are taught to depilate body hair and are conditioned to view the same with nothing but shame and disgust, but no one raises a finger or shames a man with the same. Moreno, in her video, questions the very primal tenet that defines beauty and argues that one should take into account if what you do and how far you go for beauty is a matter of personal choice or comes from a vicious place of conforming to narrow standards of beauty laid down in set terms by the society at large.

Beauty trends change every day, everywhere. And we gave you the list of some of the most bizarre ones. If you know of any bizarre fashion trends that people adopted over the years, share them with us in the comment section below.