Caste Segregation and Politics of Bihar 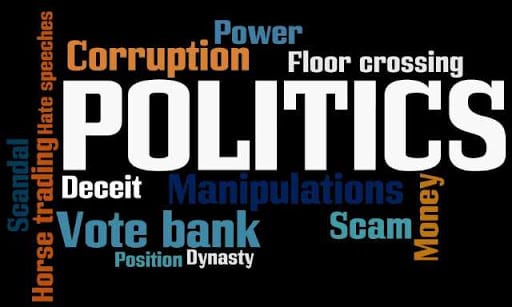 In the fall of year 2015, India witnessed a series of events which astonished the entire nation and left people speechless. The streets of Bihar roared and marched with slogans for the state elections to be held over October & November,2015. The citizens of the country anticipated and truly believed that this time Bihar will be free from inescapable poverty and its caste ridden social order taken into consideration the strong foothold of BJP over the nation led by the Hon’ble Modiji. But irrespective of this fact, the people of Bihar crowned Shri Nitish Kumar as their Chief Minister and portrayed how the caste politics played a vital role time and over again. 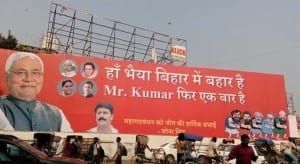 The legacy of Caste politics and Corruption flows through the state. The start to the deterioration of state date long back to late 1960’s when Congress took over and Smt. Indira Gandhi (PM at that time) ruled over the state for 2 decades using puppet Chief Ministers under her gloves  totally impairing integrity and ignoring the welfare of the people.

It was never properly established and the state was labelled anarchist and backward giving a strong contrast to the other states in India. It was the 1st time that the Caste Politics came into play when Shri Lalu Prasad Yadav from RJD became the CM of Bihar. He properly utilized the votes of the backward caste constituting nearly 60% of the Bihar’s electorate at that time creating a state of segregation. Unapproved of the policies of Laluji, Nitish Kumar parted ways with him and joined the JDU. Lalu Prasad Yadav being a charismatic leader ruled over the state from 1990-2004 making it the most backward state in the nation. The state was completely in chaos and was handed over to the local Mafia and goons due to deficit of order. 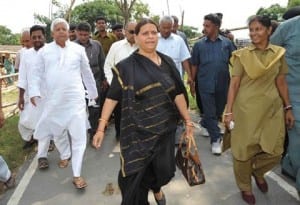 Completely bathed with corruption throughout these years nobody even questioned his authority. When the allegations were put up against him, it was far too late. To annul his corruption charges, he splendidly resigned over his post and named his wife Smt. Rabri Devi as the new CM and dictated the state through proxy. Bihar named after Vihar (meaning Monasteries ) once enriched with paramount culture was completely shattered and robbed of its glorious past and its purity.

Talking about the elections that took place in 2015, the main parties that contested the elections were JDU, RJD and BJP. Clearly this time also the caste factor came into action and the Hindu-Muslim conflict going on in the nation strongly affected the elections. The votes were divided without ambiguity. RJD in coalition with Indian National Congress had voters from both backward classes as well as Muslim Community under its clutches whereas on the other hand the BJP had followers from the Upper Castes. The Muslims were unsupportive of BJP due to the ludicrous acts of BJP in Kashmir and Uttar Pradesh creating a sense of tension between them. The main catastrophe broke over when Nitishji and Laluji shook hands and came into alliance to counter the power at the center i.e., BJP Party. 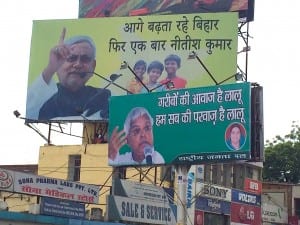 After being on the opposite side of the fence Laluji and Nitishji were on the same side of the camp albeit with different slogans. PM Modiji tried his level best and aspired to completely get rid of Caste politics from Bihar and rebuked Nitish Kumar and Laluji, but all in vain. His course of action ultimately led to the downfall of the party causing the Backward Classes to turn against them. Despite being backward caste leaders like Nand Kishore Yadav in BJP, it was still considered as an upper class party in Bihar.

The common people became extremely perplexed for whom to vote and the result that came aftermath of elections were totally outrageous. The whole nation was bewildered from the outcome. The thought of making the caste ridden society of the state to a free society was once again became a dream. 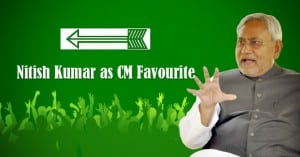 “Ignorance is a hindrance to learning “

A proverb completely suitable to a state like Bihar. Until and unless the camouflage of politicians is not removed, no changes can prevail in the state.