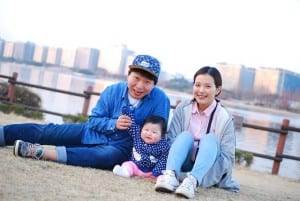 A piece of very surprising and revolutionary news regarding Chinese policy has flown around the world on Thursday, 29th of October. The government of the most populous country worldwide will change the famous and probably one of the most controversial laws in the modern history of politics. China, in fact, still has the highest population in the world, although last thirty years, India has been nearing.

In 1979, China’s government decided on a revolutionary solution for the problem of the rapid growth of its population; the one-child policy. Since the beginning, it represented an undeniable invasion of Chinese citizens’ private lives, and several international organizations, especially human and woman rights, were loudly protesting against this policy. “Thanks to this limitation, according to the statistics and estimates, there have been over 400 million unborn children,” BBC News wrote.

Since 2013, although some regions have been slowly getting tolerant to those who decided to have a second child. Whereas in others, authorities had severely punished the couples breaking this law by making them pay the fees or be forced into abortions and sterilization, BBC news reported. The families who wished for a second child had to pay thousands of dollars.

Despite these regulations, it was permitted to have two children in the rural areas but only if the first one was a girl. Very often, the Chinese citizens would give precedence to have boys rather than girls. According to Chinese statistics, from the end of 2014, there were 701 million men and 667 million women. This demonstrates a significant difference leading to economic instability.

There are many more reasons for the end of this policy. The most indicative are the consequences of this law in the economic environment. China, nowadays, has an unequal rate between productive people and pensioners. A balance between the two is vital to maintain the massive economy. The goal of slowing down restrictions is to increase the young and productive workforce and foster the return of a general gender balance.

As Christine Lagarde, Managing director of the International Monetary Fund, said on CNN that the workforce’s impact would take time because of the rising and the education of children. However, this can be a very important step forward. The Chinese economy is changing from the manufacturing orientation to service orientation, from being export-driven to being focused on the domestic sector, said Lagarde. 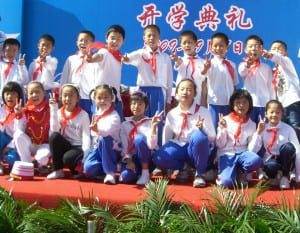 One question remains: will urban couples have a second child while the living costs in the big cities are so high? This is the demand that can influence the changes’ direction, but we will probably find out the answer in the upcoming years.

The Communist party introduced the five years plan and their growth target in the case of population. According to the United Nations estimates, in about five years, India will overtake China, and it will become the most populated country in the world. It is suggested that India, by 2050, will approach the 2 billion line while China, at the same time, will suffer a rapid decrease in its population. Furthermore, approximately in 2100, China will get closer to Nigeria in the population ranking!