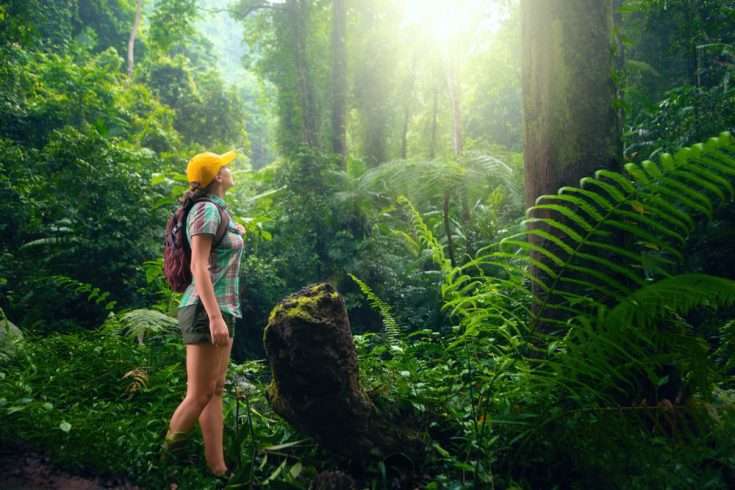 The word TOURISM is familiar to almost all of us. It generally means ” TRAVEL FOR ONES OWN PLEASURE.” Thus, it helps us learn and discover new things about different places and their unique cultures. It is something one does for the fulfillment of one’s soul. It is not only concerned with traveling or going to new places but something beyond that. It is a huge subject and has varied branches. One of its most famous branches is ECOTOURISM.

Ecotourism is an addition to Tourism. It has more advantages than sustainable tourism.

Its purpose may be to educate the traveler or visitor visiting or traveling about numerous unknown facts of nature. It also provides funds for ecological conservation, directly benefitting the development of economic and political empowerment of locales.

3. Who does Ecotourism concern

It is concerned with the living organs of the natural environment. It does not involve traveling randomly to any place. Instead, it involves traveling to areas where flora and fauna form primary attractions besides the cultural heritage.

Its perspective and primary focus is generally on nature. That’s why it shows tourists the impact that human beings have on nature and its resources.

4. What does a responsible Ecotourism program include

–> Minimization of the negative aspects of conventional tourism on the environment,
–> Enhancement of the cultural integrity of the locales,
–> Promotion of the process of recycling,
-> Efficiency of energy,
-> Water conservation, and
-> Creation of economic opportunities for its local communities.

Besides having various advantages, it has some disadvantages too—converting undeveloped land into profitable space for tourism. An influx of tourists visiting there may compromise national parks and wilderness areas. It is a major threat to the rich biodiversity and wild animals living in the jungles.

Ecotourism itself is the biggest obstacle in the way of environmental development.

Thus, In conclusion, Ecotourism is an aspect that incorporates tourism but is specific. There are limitless similarities between Ecotourism and tourism, such as sustainability, nature being at the forefront in both, and an offer to interact with the pristine natural environment.

There are also significant differences between them from the educational perspective, the natural environment, and the levels of interactions. However, the impact of tourism and Ecotourism on the environment and the changes in people’s attitudes is worth noting.