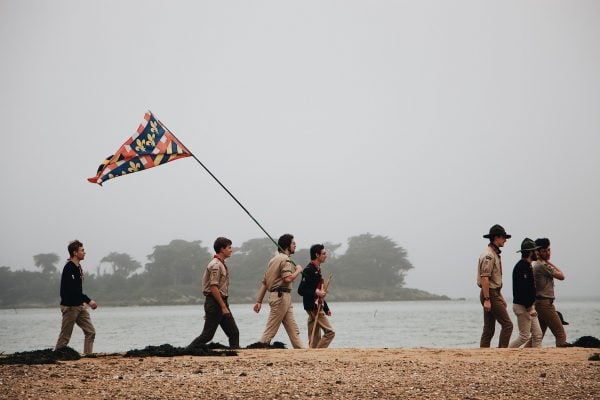 What Is The Boy Scouts Of America?

The Boy Scouts of America is known to be the most prominent scouting organization and youth organizations within the United States of America, covering 2.3 million youth partakers and about more than a million adult volunteers.

It has four adventure bases and almost a hundred distinct camps and reservations specially devoted to scouts. Boy scouts of America prepare young minds all over the USA to make ethical and moral choices over their lifetime and also to help them develop character, citizenship, and personal fitness. 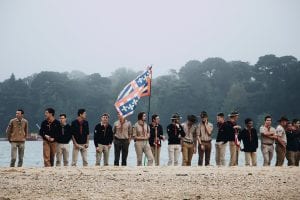 Why Was The Boy Scouts of America Created?

The progressive movement within us was at its height during the first 20th century. With the migration of families from farms to cities, there have been concerns among some folks that young men were not learning patriotism, self-reliance, and individualism.

Several groups attempted to fill this void. The stated mission of the Boy Scouts of America is to prepare young children from the starting to make choices based on moral and ethical values.

Youth are trained in responsible citizenship, character development, and self-reliance through participation during a wide selection of outside activities, educational programs, and, at older age levels, career-oriented programs in partnership with community organizations.

For younger members, the Scout method is a component of the program to instill typical Scouting values like trustworthiness, good citizenship, and outdoors skills, through a spread of activities like camping, aquatics, and hiking.

History of The Boy Scouts of America

On January 24, 1908, the Boy Scouts movement began in England by Robert Baden-Powell. The name Baden-Powell was already famous among English boys, and many of them eagerly bought the handbook.

First, he decided to attempt some of his ideas on an actual group of boys. On July 25, 1907, he took a diverse group of 21 adolescents to Brownsea Island in Dorsetshire, where they fixed up a camp for 14 days to start their training.

With the help of other trainers, he taught the boys about camping, observation, woodcraft, boating, lifesaving, nationalism, and chivalry. Most of the teachings were learned through resourceful games that were very popular with the boys of different age groups at that time.

After the success of Scouting for Boys, Powell established a central Boy Scouts office, which registered new boys as Scouts and designed a uniform to create a new identity. Till the end of 1908, there were 60,000 Boy Scouts, and groups of Boy Scouts began coming up in British Commonwealth countries across the world.

In September 1909, national Boy Scout meeting was held at the Crystal Palace in London for the first time. Thousands of Scouts showed up, including a group of girls in uniform who called themselves the Girl Scouts.

The American version of the Boy Scouts had its origins in an incident that happened in London in 1909. William Boyce, a Chicago publisher, was gone astray in the fog when a Boy Scout came to help him.

After assisting Boyce to reach his destination safely, the Boy Scout refused to take a tip, clarifying that as he was a Boy Scout, he cannot accept disbursement for doing a noble deed. 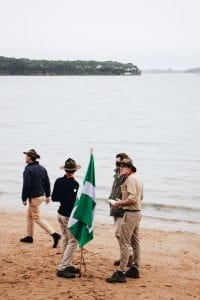 How Does The Boy Scouts of America Function?

The traditional Scouting dissections of the Boy Scouts of America are:

The Boy Scouts of America operate traditional Scouting by renting local establishments, such as cathedrals, clubs, municipal associations, or educational institutes, to implement the Scouting program. Units are run entirely by volunteers chosen by the commissioned organizations, who are reinforced by local bodies.

They believe that outdoor activities help in developing character, social responsibility, and personal fitness among children from a tender age. personal fitness has been one of the main mottos for the Boy Scouts of America. (You can know more about getting fit through https://www.icytales.com/complete-guide-to-21-day-fix-results/ ) 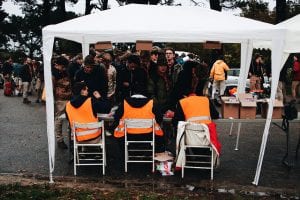 A Boy Scout may earn as many as merit badges he wishes, in any field he wants; there’s no specific obligation so as to attain certain rankings in order to achieve a merit badge. The procedure of earning a merit badge is similar for all. When the scout has decided which award he would like to earn, he tells it to his Scoutmaster.

The Scoutmaster organizes for the scout to have a meeting with a volunteer leader who is qualified and well-informed about that badge. In this meeting, the leader will explain the expectations and requirements for the scout to earn the badge.

In all meetings like this in the Boy Scouts of America, the Buddy System (a policy started to decrease the possibility of sexual abuse or molestation) is used. This means that whenever a child meets with an adult who is a volunteer or scoutmaster, a friend, family member, or another scout must be present in all cases.

The scout works on the requirements for the badge, and when he becomes sure that he’s ready to prove expertise in the chosen field, he meets the leader who’s helping him in earning the merit badge.

The Boy Scout will demonstrate what he’s learned to the scoutmaster, and if he meets the expectations, the badge will get signed off and be ordered right away by the volunteer leader.

The talents required to earn a merit badge may vary from badge to badge. For instance, let us take into consideration what the fire safety merit badge will require for a Boy Scout to:

The highest award in scouting is the title of Eagle Scout. The process that helps the scout earn this title is not the one that can be taken lightly. The first challenge that a scout has to overcome to proceed towards the designation of Eagle Scout is to become a Life Scout.

This can be done by taking up leadership tasks in the group, doing community service, and earning merit badges.

The Life Scout is anticipated to abide by the Scout Oath and Law truthfully. He must provide the organization with personal character references and must have received at least 21 merit badges,  some of which are specifically honored to those only who are trying to pursue the title of Eagle Scout, such as first aid and personal fitness. 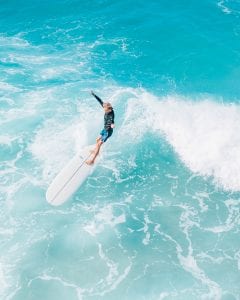 In addition to earning merits, Boy Scouts of America are exposed to camping too. Many types of camps are made available to the Scouts. Some camps are for the short term, maybe overnight or for a weekend. Others are for a longer time range, for example, a week or more. Camps could be local or regional.

The following three camps have been given the title of National High Adventure Areas with the Boy Scouts of America. These include:

Discrimination Among The Boy Scouts of America

For a long time, the Boy Scouts of America have refused to admit to what their lawyer once stated as the “3-Gs — the godless, girls and gays”, which means they wouldn’t allow atheists, girls, and homosexuals to participate in their program.

Though its policy of excluding homosexual boys and volunteers has been known and in execution, since the assimilation of the scouting program, it didn’t come into public knowledge until a series of court cases shoved the issue into the national news.

In 2000, a discrimination case was brought in front of the Supreme Court by James Dale, a Boy Scout assistant troop leader who was dismissed from his position when he came out of the closet.

The Supreme Court upturned the previous ruling, asserting that the Boy Scouts can bar homosexual people from holding the position of troop leaders in their organization.

It reasoned that to force the institute to accept homosexual people would infringe its constitutional right of freedom of association and free speech. But that ruling wasn’t the end of challenges against the Boy Scouts of America. Recently, in 2007,

Philadelphia threatened to start charging rent for the space taken up by the organization in the municipal building, which it has occupied and had been using since the 1920s, free of cost.

Unless the organization would alter its discriminatory policy towards homosexual people, Philadelphia will start charging rent for the place. The Boy Scouts did not budge and refused to make any change in its policy.

Women and atheists have also been known to challenge the policies of the Boy Scouts organization multiple times. In the 1980s, Catherine Pollard lost the case against the organization when she confronted the organization about their biased policies regarding women holding positions like troop leaders.

After the Connecticut Supreme Court sided up with the Boy Scouts on the matter, the institute surprisingly ended up making changes in several policies to allow women to lead troops.

The Boy Scouts were also accused of being a racist organization after they fired a Scoutmaster who was Muslim, which cannot come under the category of ‘Godless.’ It is the reasoning for such removal was that the leasing agency, whether a church, school, or other places, ultimately has the power to accept or reject the leadership role.

Questions also started arising about other sexualities and their placement in the organization? Were the Boy Scouts of America becoming an LGBTQ+ friendly organization with all the awareness spreading all around the world? What option is there for the boy who questions his sexuality?

The Girl Scouts, while being non-discriminatory in its approach, didn’t permit boys in its troops. But the Campfire Boys and Girls Club, one of the first co-ed camps which had originally opened only for girls, began allowing boys too.

Has the bad reporting hurt the popularity of the Boy Scouts of America? Who can say? But, in the last decade, participation has dropped. The last research showed a drop of 484,000 participants in 2007 as compared to 1997.

Fun Facts About Scouts of America

• Paul McCartney and John Lennon had done scouting together as kids.• More than half a billion men and women have known to be scouted till now, and the number is still growing!

• 85% of the FBI agents have been a part of the organization in childhood.

• The only five countries in the world that don’t have scouting organizations are are Andorra, North Korea, Cuba, China, and Laos.

• The Boy Scouts of America have a Scouting program that permits children of volunteers to join while they are not in their home countries and take in foreign exchange students along too.

• There are currently over 125 merit badges that a scout can earn.

Hoping that you have come to know everything that you wanted to know about the Boy scouts of America. If you want to know more, do check out  https://www.scouting.org/