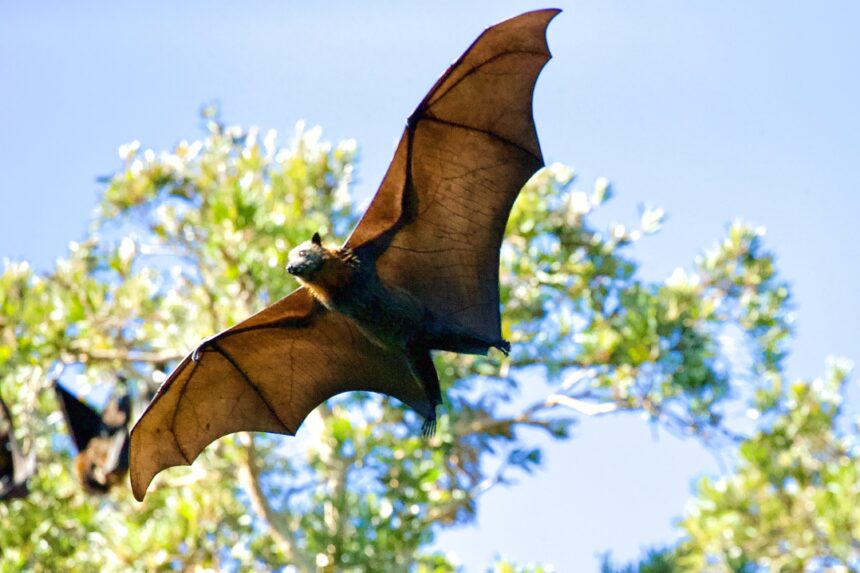 Wondering which is the Biggest Bat in the World? Keep reading!

Bats are unique in respect to their characteristics as well as their appearance. The whole species of Bats come in a lot of variations. They vary from size to size and from color to color as well. At times, Bats are even classified by their behaviors. We have Bats that are friendly, and then we have those who might be actively hostile.

Bats have been perceived as a bad species since an early age. It might be the fact that they live in the dark or stand as an omen in some mythologies. Speaking scientifically, they are the most-preferred carriers of a lot of disease-causing particles. Apart from this, Bats contribute a significant amount of positive effects to society. They are the prime predators of dangerous insects, and they help with the pollination of plant seeds as well.

Coming to the main context, the world houses a lot of bats which vary drastically in size with unique features and characteristics. So, continue reading this article to learn more about the Biggest Bat in the World and some of its competitors for the position.

1) Biggest Bat in the World

The Flying Fox is known by a lot of names in different regions. It is known as the Golden Crowned flying foxes in some regions and as the Golden Capped fruit bat in others.

This creature proves to be the largest bat species to ever exist on planet earth.

The Golden-crowned flying foxes have a tremendous body length, up to 7 to 11 inches, excluding the wingspan. The wings of the creature alone can tell us that this is the Biggest Bat in the world. It has a wingspan of about 5 inches which is impressive for an animal species like a bat, and these wings alone can weigh up to 2-3 pounds.

These bats are generally golden in color, contributing to their name. Golden hairs can be found all over their body, with black and dark brown hairs in certain regions as well.

These creatures are in severe need of isolation as they stand as the rarest ones someone could ever witness. The Flying Foxes live in the habitats such as Mangrove forests, Cliffs, or, most preferably, The swamps. The Philippines is one of the popular locations where one could find tons and tons of these Flying Foxes.

This Biggest Bat in the world currently faces endangerment due to their loss of habitat in the Philippines, their home base. Much information, like its lifespan and mating habits, stands unknown to this date.

The Great Flying Fox is now the Second Biggest Bat in the world. This Bat is closely related to the Normal Flying Foxes due to their appearance.

The species is also called the Bismarck Flying Fox. It is because these creatures can specifically be found explicitly in New Guinea and the Bismarck Archipelago.

The Great Flying Fox can grow up to 11-13 inches and weigh nearly 3-4 pounds differing from place to place.

The Great Flying Foxes are one of a kind. Unlike other average bats, these bats search for food day and night. They have a rich diet, including figs and fruits rich in protein content. These bats generally socialize with other bat species when they search for food. They are unified when it comes to searching for food. They form up organized colonies and provide for every bat present in the colony. These creatures help every member of their colony without fail.

The Hammer-Headed Bat is the Third biggest bat in the world.

These are one of the most notorious bat species, usually considered strange and horrific due to their looks. These bats have very big eyes, which are dark at times, making their look even more terrific. Their face structure stands quite unusual from the other ones. They have an enlarged nose, Lips, and cheeks.

Most of these bats are found in the wet regions of Africa, and the Hammer-Headed Bats are the Biggest bat species in Africa. These Bats prefer to live near water bodies which helps them stabilize their body temperatures whenever in need.

This species, headed by the Flying Foxes category, can be defined as the miniature versions of the Golden-crowned flying foxes. These foxes are comparatively very smaller than the ones mentioned before.

The Madagascan Flying Fox can only be found within certain regions of The famous African Island known as Madagascar, hence the name. It is the Biggest bat found within the boundaries of Madagascar.

This species of Bats is not the average cave dweller like most bats. The lands of Madagascar are rich in a huge variety of Flora. It is filled with tons and tons of trees, with many unique characteristics stuck to them. These endemic species try to search for their ideal tree types and start to reside in that till it feels a want for change.

This bat species has feathered wings wrapped around its body during the coldest times to keep them warm when they hang upside down on the tree variety chosen. This species of Bat is one of the most important dispersers of fruit seeds in the lands of Madagascar. The Madagascan Flying Fox is one of the famous fruit bats available in and around the lands of Africa. These creatures are believed to be the primary distributors of a tree’s seed, known as the Kapok tree.

Primarily found in the regions of Niger, Nigeria, Cameroon, and some other significant parts of West Africa, the Franquet’s Epaulleted Bat is known to be one of the biggest bats to exist within the borders of Africa. These Bats can generally grow up to 5-7 inches long. These bats even own a 2-foot wingspan, which makes them even larger than a human’s eye.

The name of this bat species is quite specific. It is due to its appearance, which resembles some color. Mainly on the shoulder region of the bats.

These animals are not the socializing kind. These bats are known to live in small groups of their kind. They have not been in contact with other species of bats for a long time.

These bats are one of the most famous fruit bats in existence. These bats have a really hard palate on their backs. The bats use their palates to crush the fruits which they acquire. After crushing the fruit, they just eat the pulp and drink the juices that ooze out from the fruit. Later, the seed is disposed of on lands below the place where the acquired fruit is in the first place, facilitating the seed dispersion process.

A dark fact about this bat species is that these are one of the most preferred bush meats in certain regions of Africa. Despite the fact that it is one of the deadliest disease carriers, people continue to hunt and eat bats. Most of these bats are hunted and sold for human consumption. These bats are even killed just for sport.

The Wroughton’s Free-Tailed Bat is one of the interesting creatures under the bat species. They have that special fragile appearance that makes them look unique.

The Bat can grow up to 6-7 inches tall. These bats are owners of the signature pointed ears for the whole bat kind. They have a clean furless face with a big nose pad in the front. These animals are found to have a throat sack which can be used for multiple purposes by the bats.  The tails of this bat species are free, which is a unique character of this species alone. Every other bat has its tail attached to its wing membrane.

These creatures are known to eat insects. The Wroughton’s Free-Tailed Bat has a distinct look with a combination of brown, black, and grey fur coloration running throughout its body.

A lot of efforts were made by researchers and activists to protect this endangered species before the discovery of its colonies. These creatures were considered the most endangered species, which nearly went on the verge of extinction. But soon, everyone was proved wrong when more than a single colony was discovered in Cambodia’s densest caves. These creatures can now widely be found in the caves of India and the key regions of Cambodia.

The Great Noctule Bat has found its way into this list due to its giant appearance, which makes it a worthy competitor to become the Biggest bat in the world. This creature grows up to 6 inches in length.

One surprising fact about this bat species is that these bats tend to have a giant 18-inch wingspan. The wingspan alone can make this Bat species look alpha in the dark skies. They also have a friendly appearance with a duo of small eyes and light brown with black colored fur on their back and front.

These creatures are known to hunt small creatures. Bats are only known to hunt small insects. Only a few of them hunt creatures like other small birds and rats. The Noctule Bat is a hunter who uses its wide wings as the primary weapon during the hunt. The wings facilitate their conditions at night and help with echolocating their prey. This helps the creature to easily identify and knock down its target. The darkness turns into the weapon of this bat when it starts using its enhanced echolocation.

These bats are capable of traveling huge distances and are one of the rare carnivores bat species. Most of these bats are found in regions like Africa, Asia, and some parts of Europe.

These are some of the Biggest Bats in the world one could ever witness. This list might be subject to change because the concept of evolution is dynamic. A single evolution of any of these bats can change the order of this list. Do check out the related article, 10 Must know facts about Bats, brought to you by IcyTales. 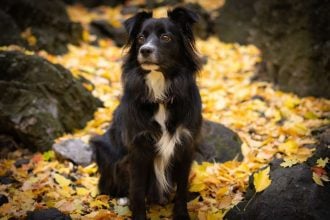 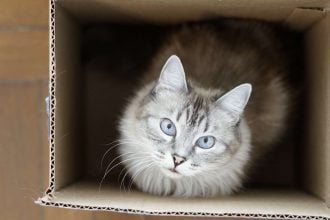 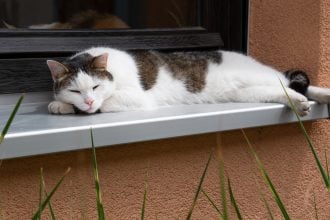 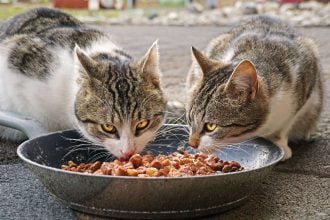