An Alternative Theory To Life On the Planet Earth: Just A Story! 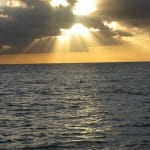 You wake up at 6. Get ready, eat your breakfast, head to office, come back at 9, eat your dinner, watch a show and go to bed. That’s it! Is this life? Really! If you think this is life then you are fond of a sad environment, you like being boring or at childhood something heavy struck your head and you lost all sense. But I think if you are reading this because you are intelligent, and you are also fed up with this boring world or this boring planet earth.

Now an important question. Is there anyone who can tell me the real meaning and origin of life?

I bet there is no one, and that there never will be. Why are we here in this freaking world?

Today I will tell you the real meaning of life.

What are humans? Where did they come from?

You will understand more clearly once you read further.

Wait! I am not a scientist.

Not even the director of the show ‘Ancient Aliens’ , which you can watch on HISTORYTV18.
But what I am going to tell you and that will clear all your doubts. Eventually you will realise the fact that you are trapped.

The king of a huge planet. So coming directly to the point. There is a huge planet many times larger than ours. A peace loving king rules the entire planet. The planet is very beautiful, full of greenery, the sun is so bright there, the water so blue, air is fresher than that which the air purifier can provide, it has every possible luxury imaginable.

The king did not want any disturbance in his peace-loving planet , but slowly that negativity started crossing limits, and the positive people were also influenced by it. To deal with the problem, he announces an emergency meeting of all the respected elders.

Penance. Many solutions were offered, different punishments, some quite mild and some not so much. The king was very kind but strict. he wanted to imprison the culprits but that too kindly.He came up with an idea and that idea turned into a very beautiful place called Earth. He gave everything needed to grow and sent those unpleasant people on the planet earth.

The person who was full of negativity and intelligence came there with her partner. As there were no other species as intelligent as humans, they started reproducing. They increased from penny to thousand than thousand to millions and era after era they become us!
Now the important part, do you know who that king is who made the earth million years ago.? Want to know who is the creator.? 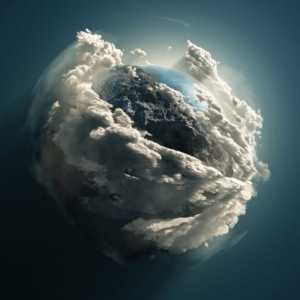 Yes! He is the God and the place where we live is nothing but a prison and we all are fucking slaves! We worship! We pray! Make him stronger! But he is enjoying his peace in his lovely environment. He decides our punishment and call off people when he thinks our sought of imprisonment is completed and what we think that phenomenon of freedom is DEATH!

And we perform our stupid rituals and become sad but instead we should be happy and celebrate that the person who we think is died is free from any obstacle’s. He can live freely in his own peaceful world.
I must reveal the secret of the planet earth, I know. Where our God lives and the name is “Jannat” or the Heaven in simple words.

But I know there must be many questions in your mind as to how can these astronauts go out of this prison while no other simple person is allowed.

My dear friends, readers these astronauts go for few days like as we go for an abroad trip with a visa. They also go in the same way and there visa in our language is referred as a spaceship and after the visa expires the king sends them back to prison.

I wonder when my share of punishment will be completed.

When will I  be free from the memories that haunt me every night.

When will I be able to live without any chains of family, society, love …when?

.
.
.
When will the Lord free me from this prison?
Prisoners are really mean and temporary. 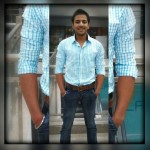