The One cure for our Monday morning blues. The One who took us away from our real world, which does suck sometimes. The One thing which never failed to raise our spirits, no matter how down we were. The One answer to all of the questions above had been answered to us almost 22 years ago in the form of F.R.I.E.N.D.S. 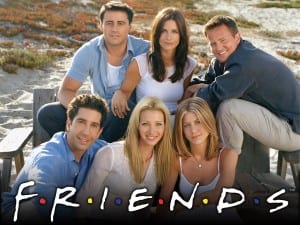 Courtney And Jennifer- The Unbreakable Bond

The show’s makers wanted to cast Courtney Cox as Rachel, but Courtney felt that Monica’s character resonated with her own and insisted that she wanted to play Monica. Jennifer felt she had a particular connection with Rachel. And, guess what! The makers caved in to their request, and we all probably know by now that we would never want to have it the other way round.

The best thing is that they both went on to become best friends in real life, with Jennifer being Coco’s godmother and Courtney was Jennifer’s Maid of Honor in her wedding to Justin Theroux. 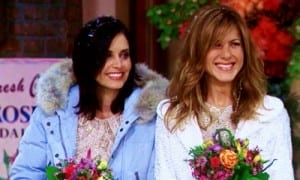 Courtney-The One Before The Series

Before the series started, Courtney was much more famous among the rest of the cast. She was the lucky girl who got pulled to stage in Bruce Springsteen’s Dancing in the Dark, starred in a 1985 Tampax ad, which became sensational as that was the first time someone uttered period on National Television. She was also Michael J Fox’s girlfriend Lauren in the sitcom Family Ties.

After their first paycheck, Matt LeBlanc got himself a hot dinner after being close to bankruptcy for days before he was cast on F.R.I.E.N.D.S. This was the first sitcom cast to negotiate their salary as a group, and they did not approve of one of them getting paid more than the other. They also revealed that the cast drew straws to see which actor would get the two larger dressing rooms, which was rotated annually. 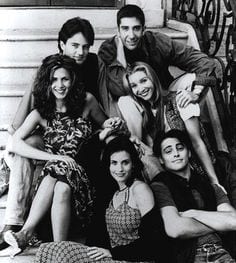 The opening song, I’ll Be There for You, was co-penned by the show’s musical director, Michael Skloff, Marta Kaufmann’s husband.

Can I Get A Coffee… What’s Your Name, Again?

James Michael Tyler got the role of Gunther because he worked at a Hollywood coffee shop and knew how to use an espresso machine. The role was originally supposed to be one of the speechless extras and didn’t have a name until season 2. In the show’s 33rd episode, he says, “yeah”. 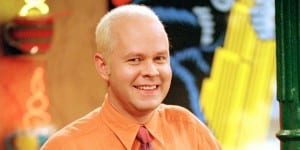 The One With Many Guest Stars

“The One After the Superbowl” is the most viewed episode in the history of Friends, with a total of 52.9 million viewers. It was broadcast on January 28, 1996, after the Super Bowl ended. The episode’s director, Michael Lembeck, won the Emmy Award in the “Outstanding Individual Achievement in Directing for a Comedy Series” category. 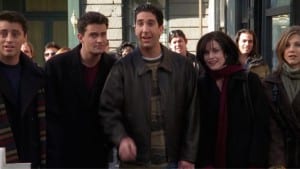 Courtney Cox is three years older than David Schwimmer, while she is shown to be three years younger than him in the series when The Cast Had The Same Surname.

The opening credits of “The One After Vegas” was dedicated to Courteney Cox and David Arquette’s marriage. Everyone had the surname Arquette added to the end of their real name.

Where Is My Family?

None of Phoebe’s family members, her twin sister Ursula, her father, her birth mother, her brother Frank Jr. or the triplets she gave birth to attend her wedding except for her friends. 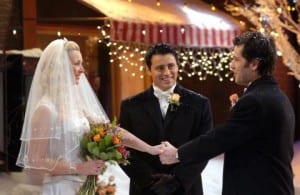 In the real version of Days of Our Lives, Jennifer Aniston’s father, John Aniston, plays Victor Kiriakis and the actor who plays Joshua’s father is Matthew Perry’s dad John Perry. 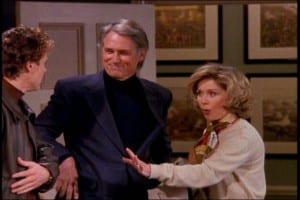 Could I Be More right?

Being the winner in most of the bets with his co-stars, Matthew Perry made a bet with Bruce Wills that The Whole Nine Yards would be the No. 1 in the box office on its opening weekend. Matthew won the bet. Bruce Wills starred in Friends for free, donating his salary to charity. 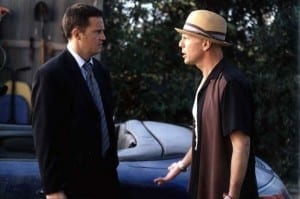 Courtney Cox has OCD in real life too. She used to clean her co-stars’ dressing rooms. Like Monica, she was the host to most of their dinner parties too. 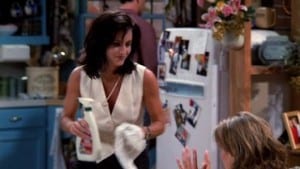 Before the show’s pilot aired, the cast was taken for dinner at Caesar’s Palace Hotel in Las Vegas to get them to know each other better before filming and enjoy their last shot at anonymity. They later returned to the same place to shoot The One in Vegas, where Ross and Rachel get drunk before getting married.

All of the six Friends have kissed each other at some point, except Monica and Phoebe. 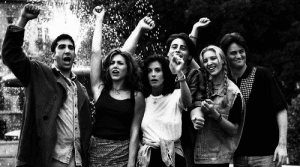 By the end of the 9th season, Jennifer was the most famous cast member because of films like The Good Girl and Bruce Almighty. Her then-husband, Brad Pitt, also added to her celebrity status. In an interview, she admitted that she had hesitations about returning for the 10th season. She said, “I wanted it to end when people still loved us, and we were on a high. And then I was also feeling like, ‘How much more of Rachel do I have in me?” She eventually agreed to the final season, shortened to 18 episodes due to her film schedule. 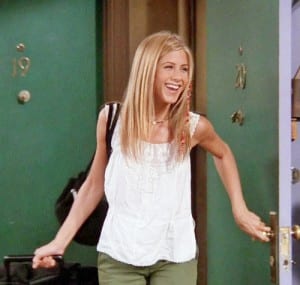 Lisa Kudrow hated learning the guitar for her role. They had a guitar class for her, but she learnt just a few chords and announced that Phoebe would have learnt only that much and her Smelly Cat is just perfect the way it is. 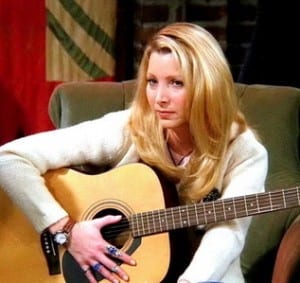 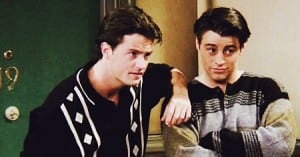 Ever wondered why the orange sofa in Central Perk only had our beloved gang, except the two episodes (one time it was occupied by bullies and other time by the same group consisting of the series’ directors and writers). It turns out the orange sofa was always reserved for them. 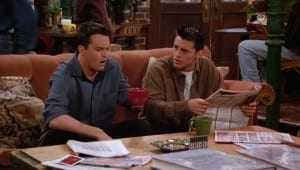 According to Jennifer Aniston, the famous Rachel hairdo was created by accident when her hairstylist cut her hair with a razor. 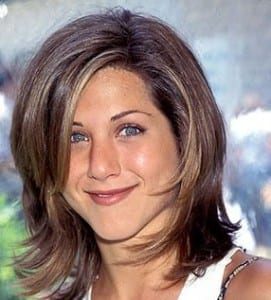 Do I Know You?

In an episode where Phoebe was banned from singing in Central Perk and played outside, a person dropped a condom in her guitar case. The person turned out to be her stepbrother, Frank Jr. 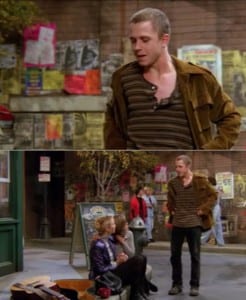 Lisa Kudrow was considered the smartest person by the other actors. It seems she had nothing in common with Phoebe except the way she delivers one-liners. And her sister, Helena Sherman, doubles for Ursula’s shoulder shots Under The Same Roof.

In the last episode, they mention that all six characters have lived in Monica’s apartment. They have all also lived in Joey’s apartment at some point. 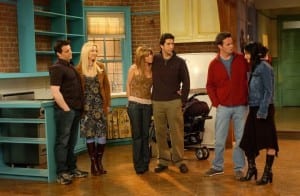 The Last One Is A Charm

The cast had a group huddle before filming each episode to wish each other luck. David Schwimmer confessed later in an interview that he dreaded the last group gathering before The Last One and that it was a very emotional moment for him because he knew that was the last time they were going to be in their little circle.