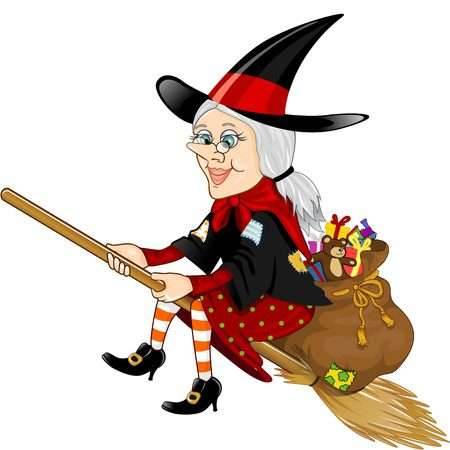 La Befana is an intriguing name. What could be its meaning? What exactly does a symbol for La Befana mean?

Read on to find out.

By the phonetics or spelling of the name, you must be thinking it is either from a Parisian dialect or an Italian dialect.

The latter one is correct, but it is not just a normal name of a person. Rather it’s associated with Italian folklore and legends.

If you are one of those who are curious about folklores, fairytales, and symbols, then the story about to unravel is just for you.

On another note, those who did not take delight in folklore, aka traditional stories, kindly stay and read this piece on ‘symbols of La Befana.’ Maybe it will be a change of heart for you.

Every country on our earth has an abundance of myths, folklore, legends, fables, history, and other cultural aspects.

In the ocean of Italian folklore, the symbols of La Befana are one of the tributaries.

In Italy, every year, the eve of epiphany is declared as a public holiday.

She is an old woman, or in layman’s terms, she is like a female Santa Claus who fetches children’s stockings with gifts on January 6, which is known as the eve of epiphany. Epiphany is the first divulgence of Jesus Christ as God and Man to the Re Magi on the twelfth night of Christmas in the Christian tradition.

Here is the catch, not all children get gifts only good and obedient one receives it, while the nasty children should watch out for coal chunks in their stockings.

I know the information is fascinating but vague. Every legend and folklore has its historical and religious background, so do symbols of La Befana.

Christianity’s take on The Symbols of La Befana- 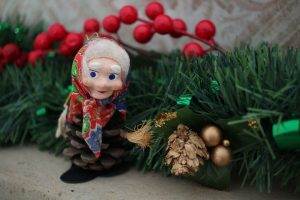 1.1 One theory claims that the name Befana first appeared in the poem of Angolo Firenzuola in 1549.

2. Epifania has its origin in Greek, and it is a Latin word, which means the festival of phantasm or manifestation of divinity.

3. According to Catholic Church, on 6th January Epifania or La Befana honor, the visit of the biblical or Re Magi also called three wise kings to Gesu Bambino or infant Jesus.

4. The legend goes by:- while on their journey to Bethlehem, the Re Magi crossed their paths with an old woman, La Befana, and represented her the offer of traveling along with them to visit baby Jesus.

4.1 One story claims that due to the icy-cold winter dawn and has to clean her adobe, the old woman concluded that she won’t be able to travel with the Re Magi but will start her journey in the daylight.

4.1.1 The next morning, La Befana made a basket and filled it with gifts for Baby Christ. Unfortunately, when she arrived at the stable, no one was there, the Re Magi fled to Egypt to save Jesus from the wrath of Herod.

4.1.2 After this event each year, subsequently, La Befana, full of regret, goes as far as possible on the night between the 5th and 6th January and leaves gifts to every child in anticipation that among these one could be Jesus himself.

4.1.3 Children waited for the feast of epiphany all around the year during the era when Babbo Natale, portrayed as a stout and jolly symbol of wealth, was transported from America. There, he was replicated as the figure of St Nicholas, the one who brings gifts to children in southern Italy centuries ago.

4.1.4 the Symbol of La Befana portrayed as a bony, ugly old woman dressed in an old rag, and she was the only gift provider for children. The gifts she gave were an intimation of the gift delivered by Magi to the divine child born in poor condition in Bethlehem.

Some More Legends of  La Befana 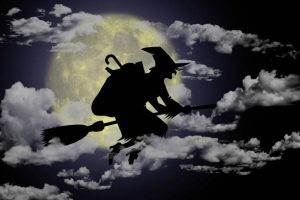 1 Here is another story as per the epiphany of the folk traditions. In European folklore, the gap of twelve days between Christmas and epiphany is considered when witches’ presence is felt.

1.1. Specifically, on the night of the twelfth or the night of epiphany, an old hag is crouching on her broomstick flies throughout the area is another symbol of La Befana in many European cultures.

1.2. As per anthropology, the last day of Christmas, the epiphany, is commemorated as a celebration of the new season.

1.3. In peasant culture, it was considered the jiffy when predictions and prophecies about the future were concluded. People used to gather together around the bonfire discussing folks and fantasy stories.

2. In pagan origins, the treat of this fairytale old woman, beloved and dreaded simultaneously by the Italian kids, has its roots in the ‘old lady’ who was brought down to ashes in the squares to observe the end of the year.

2.1. The Symbols of La Befana are also connected with Celtic people’s peculiar rites, who used to be the settlers of whole Pianura Padana and some areas of the Alps when wicker puppets were burned to honor ancient gods.

2.2. The coal she left for the bad children is also considered a symbol of fertility related to the ceppo and sacred balefire.

2.3. Another celt legend related to symbols of La Befana is the old lady accompanied by the broomsticks, which without a doubt personified the magical wand, is associated with trees and nature rituals and practices of the Celtic people in their woodland.

3. In the region of Romagna, the epiphany was a pagan festival in which ancestors who are the symbols of worship of the dead related to agricultural symbols of fertility brought together a good omen of a happy life.

3.1. Relatively, the genesis of Befanotti venturing from house to house singing Pasquetta is also considered the origin of La Befana’s theory coming down from the chimneys.

4. According to Abruzzo (southern parts of Italy) traditions, Pasquella is known as children’s most beloved festival, probably to remember the arrival of the Re Magi to Bethlehem to visit the infant Jesus.

4.1. Another reason could be the reminder of the songs played with the instruments like cymbals, tambourines, and flutes in the lanes (surrounding the mansion of the wealthy) and demanding gifts.

4.2. Popular in Abruzzo is paying homage to the small idols of Jesus Christ. As per interesting Lama dei Peligni tradition on the epiphany’s evening, the inhabiters, mostly children, visit the church and kiss the idols of Jesus.

4.3 Inside the Abruzzo’s Chapel is the statue of Jesus covered in an invaluable silver urn and dressed in apparel, and the head cloth was made in 1759.

5. Another side of La Befana is of a non-conformist Befana, in which the essence of an old hag or witch has been vanishing slowly but gradually.

5.1The children are now searching for La Befana on their PlayStation’s screen rather than looking out for her in the sky.

5.2 Now, the 21st century alternate narrative of La Befana ranges from various sects. She is not just confined with the title of some mythic creature, for example-

a) Her portrayal always included a rag cloth dress which determines she is a proletarian.

b) She has a soft spot for nasty children since she penalizes them with coal only.

c) Gifts are received by the good children, proving she is a flag bearer of justice.

d) By now, you all are familiar she commutes on her broomstick, which signifies that La Befana is an Ecologist.

e) Last but not least, she is a determined person since she didn’t lose hope because when she couldn’t make it to meet Jesus Christ, La Befana continues her venture to find the divine power someday.

Celebration of the Eve of Epiphany- 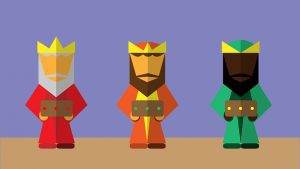 Italy’s Christmas celebration is not over with New Year. Rather, it ends on the night of epiphany, which is 6th January.

Every year on the night of epiphany, Italians made scrumptiously befanini which is La Befana cookies.

Each city of Italy has its way of celebrating La Befana. For example, in Milan, people hold an epiphany march of three wise kings starting from the Dumo to Sant Esturgio.

In Florence, Rome, the historical event takes place from Pitti Palace in the early hours of the afternoon, crossing via rivers to Duomo. Finally, people perform in Piazza Della signoria.

A place named Rivinsodoli in the Abruzzo region of Italy enacted the whole incident of epiphany with thousand of people dressed up in costumes of that time.

Vatican City, surrounded by Italy, gathers various medieval era costumed participants during the twelfth day of the Christmas celebration, but it is slightly different. Here people take symbolic gifts for the pope.

TAGGED: 6th January, befanini, Bethlehem, celtic culture, eve of epiphany, fairy, feast of epiphany., folklore, Infant Jesus, Italian legend, La Befana, Legends of La Befana, magical night, old woman, pagan origin, Re Magi, symbols of La Befana, twelfth night, witch
@shafiashaan October 16, 2021
Share this Article
Facebook TwitterEmail Print
Posted by @shafiashaan
A DU graduate who is working on her writing, capturing, and researching skills. I can read up to 30 books (if its's fiction) in a year. According to me, art in any form is an exquisite way to express itself.
Leave a comment Leave a comment 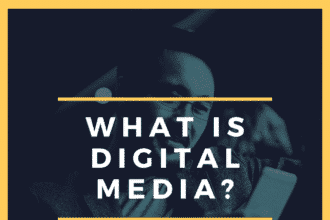 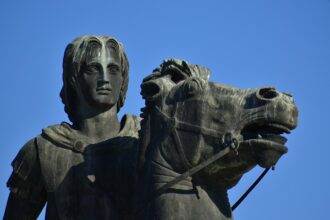 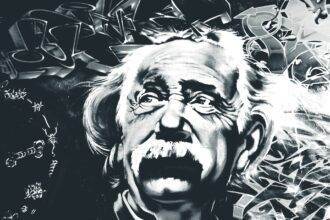