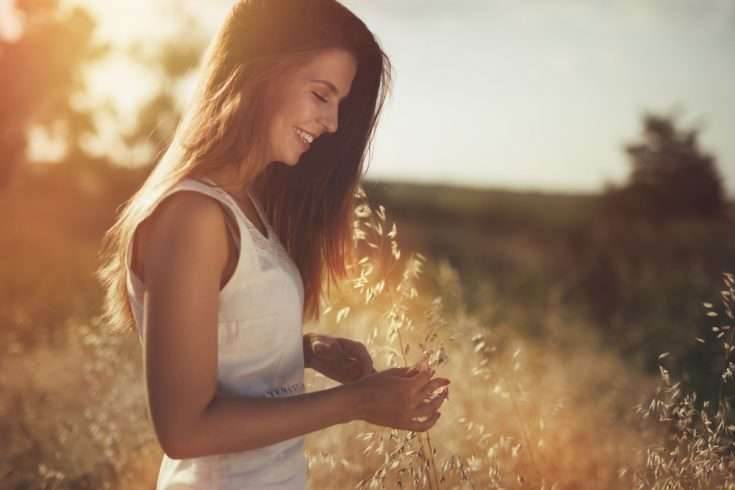 She looked like spring that came alive on a winter day, carrying with her the blossoms of her contagious smile, the aura of friendship, and the warmth of the early sun. Her brown eyes tangled me, and her curls distracted me every time we spoke; she was lovely and smelled of roses and lily. This was not it, her voice sounded like the chimes of heaven, and her walk was like that of an elf, swift and light-footed, while her talks intoxicated me, and her ways made me lose my path.

The first date at a small coffee shop resounded the brewing and clinking noises of the coffee cups, and it resembled my own little heaven. It made my day and my life better from that day on. I brimmed of happiness, each passing day and laughter replaced the tensed creases on my face.

She instilled goodness in me and carried her own sunshine everywhere, no matter how bad the weather was; her hazel eyes spoke of promises and happy rainbow dreams.

Little did I know that she wasn’t of promises but unannounced vanishes; she became invincible in the thin air and left me like I was a lone stranger. Like a petrified puppy devoid of love, I looked for her in every possible place. It was hell for me: the unknown, the un-surety. I didn’t know if she’d come back or if she was gone away for good.

The anguish, the pain ,the intolerable fits of cries that had me strapped to a guilt trip made me look older. The creases on my forehead reappeared as evidence of what I was going through, what she had put me through. The world around me seemed paler and sober ,the coffee tasted sour and bitter ,the park wasn’t of any help either, the roads had more traffic, and with every vehicle that passed by me, I held on my breath and hoped to see her, the girl who was the source of my life.

It didn’t really matter how hard I wished, and she never came back!! I lived life with the hope that maybe I would meet her someday, and I would ask her, that insidious trickster, WHY ME?

Then one day, out of the blue, I met her, after three long years at a coffee stall again but in a different city with a different man, linking her arms with his. The vision suffocated me. Whatever happened to the little silent promises, whatever happened to those six months of friendship that was held together by such strong emotions; did it not mean anything to her? I was fooled, yes on my face fooled and I never realized it, still churning up the emotions and waiting for her all these years.

I cursed the stars, cursed the good sunny weather, it was spring, and everything was alive again, a glimpse of her made the trees sway in tune, the trees whispered of love but there was something different about her, it might have been her ignorance at seeing me and not noticing. I didn’t intend to meet her ever again.

In the hands of fate and its cruelty, a week later, I saw her again, this time surrounded by weeping souls, sleeping cold and pale; her curls had disappeared ,her closed eyes still spoke to me despite the pain they held. She was thin and dehydrated; she looked haunted, dehydrated, as though her soul had been petrified.

At seeing this, tears dripped from the corner of my eyes. She was lively and happy a week ago. What had happened to make her this pale and ghastly? My brain recognized the breathless girl; I knew that her heartbeat had stopped, but my heart hoped for the air to wake her, make her smile and laugh again.

Somebody tapped me from behind, gesturing to make way, I turned around to find HER, the same features, lovely hair but it didn’t have her curls it was wavier, her eyes were filled with tears and sorrow, and the crying had wrinkled up her small nose. This wasn’t her, while my brain registered the differences I knew it was my heart that instantly caught hold of her; she was the spitting image of her sister, twin sister of my girl who lay in an eternal bed. I was fooled, more than once; yes, I was fooled enough not to go after her with pride and prejudice blinding me! She had distanced herself for me to hate and forget her, but little did she know that it has hurt and toppled me off my life, into an abyss! Yes, she fooled me out of my wits.

It’s been a year since I lost her since this world has lost her. I still wander, the wound still tender and raw, a wound that no one can ever heal. I look at the gift she has left me neatly wrapped, and I haven’t had the courage to open it; maybe I will never open it…

TAGGED: first date, gift, heartbreak, love
Brunda Rajesh December 23, 2015
Share this Article
Facebook TwitterEmail Print
Posted by Brunda Rajesh
Brunda Rajesh is an avid blogger and a prolific writer who believes in following her dreams . She works as a freelance content writer, a poetess and weaves a few stories too. Catch her work on her blog space. www.brundaoperan.wordpress.com
Leave a comment Leave a comment