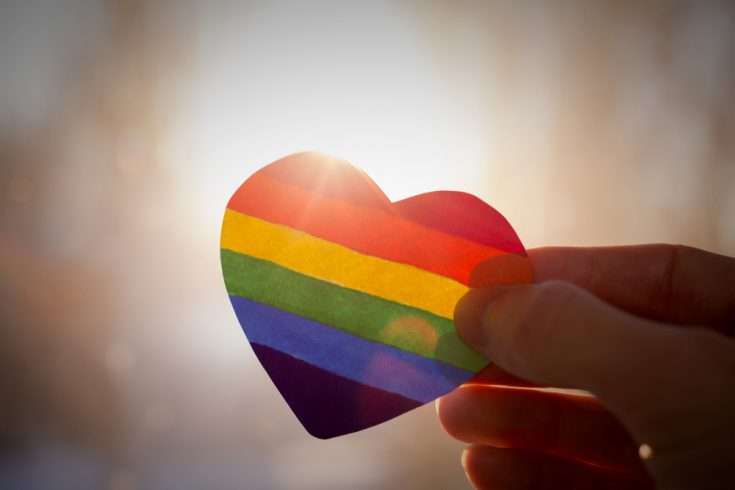 The entire ‘coming out’ issue has become a coming-of-age ritual for LGBT teens. But is this whole ritual necessary? If yes, why? How do you go about it? Read on.

What IS Coming Out?

Basically, it’s telling everyone straight up that you aren’t, in fact, straight. But the phrase ‘coming out’ is not a monopoly of the LGBT community; if you want, you can always come out and tell your friends and family that you are still a fan of Hannah Montana. ‘Coming Out’ involves revealing a secret that you had previously found embarrassing for whatever reason (even though it actually wasn’t) and owning up to it.

Why do you need to ‘come out?

Why do you need to make a fuss about telling people something that you are?

“Mom, Dad, I am straight. I really am straight. No, mom, I am not just saying this because I haven’t yet found the ‘right’ gay guy/lesbian. I am straight. Can you accept me for who I am? There is nothing wrong with being straight. Now I need to go and make a huge Facebook post to inform my friends that I am, after all, straight. Not gay, like they had assumed.”

Why doesn’t a 15-year-old stay up night after night to rehearse that speech? Why do I need to tell everyone ceremoniously that I am not just a human being, no sir, I am a magical unicorn… sorry, erm… lesbian.

Well, the answer is obvious. It’s a heteronormative society. So unless you have a whole fireworks show planned every two months to remind people that “I am gay,” (followed by “I really AM gay,” “No, not bisexual,” “FOR THE SAKE OF SATAN’S POINTY TAIL, I AM GAY.”) people are going to assume that you are straight.

But some might ask, “So what if they think I am straight? Who cares? I am who I am.” Well, if you don’t really mind being called straight, I guess it does not matter. In fact, some people are perfectly comfortable inside their closets because they don’t consider those things to be closeted in the first place, and that is fine. If you want to live with your girlfriend and tolerate other people assuming that she is your sister, I guess you don’t really need to come out.

I came out because I could not tolerate being in the closet. I could not go on, day after day, trying to pretend in front of others that my crush was actually a guy. I could not live a free life knowing that even my closest friends did not know about a huge part of my life. How long would I lie? How long would I avoid those questions? And more importantly, why did I need to lie when there was absolutely nothing wrong with me.

So if you are an LGBT teen who feels utterly suffocated in the closet, let me tell you a few things from my own experience.

This is how my whole ‘coming out’ was received:
How to ‘come out of the closet?

1. ‘Coming Out’ is something you will end up doing one day, so you may as well plan it. Don’t come out to your parents if you think it’ll create many unwanted problems; after all, you do live under their roof. Wait till you actually get out of their roof and stop depending on their money to tell them whatever you want to.  Even though coming out is necessary for you, don’t make the conditions risky for yourself.

2. Be smart about it. It would help if you had an idea of what your parents feel about the LGBT community. 10 years earlier, coaxing out a response would have been difficult because people in India ignored that the LGBT existed. They can’t because of all the pride parades, the new laws, and the visibility in the television shows and movies. It’s nearly impossible that they don’t have an opinion. Find that out and THEN decide your next course of action.

3. IF you think they are people who will make life miserable for you, just don’t come out until they no longer have any control over your life. If they are sensible people in general, but just not sensible about this one topic (these kinds of parents will say something like- “I get it, but it’s so… abnormal or strange, and weird.”), then try to clear their doubts. Ask them what exactly is unnatural about this. Please show them some of the best coming out speeches (Ellen Page has a quite recent one.)  Just convince the hell out of them. There are articles, youtube videos, movies, TV shows, and everything they need to be convinced. (You can also refer to John Oliver’s Last Week Tonight segment on LGBT discrimination and Trans rights.)

But before you do any of this, make sure you understand your situation properly. Yes, people will be homophobic towards you, but you know what? The people who are very homophobic are also ridiculously prejudiced towards various other issues like premarital sex, women’s rights, religious tolerance, etc.  They are just stupid people in general, and they aren’t mean to you, particularly because you are gay; if you weren’t, they would be demeaning you for having a boyfriend.

So get this, there is absolutely nothing wrong with you. Screw this fact into your brain. Don’t allow people to define who you are; know your worth. So once you understand all this and gauge your parent’s opinions wisely, you are good to go. Now you can think about whether or not you want to randomly start screaming “LET IT GO, LET IT GO, CAN’T HOLD IT BACK ANYMORE” to people who keep trying to set you up with people you have no intention of seeing naked.