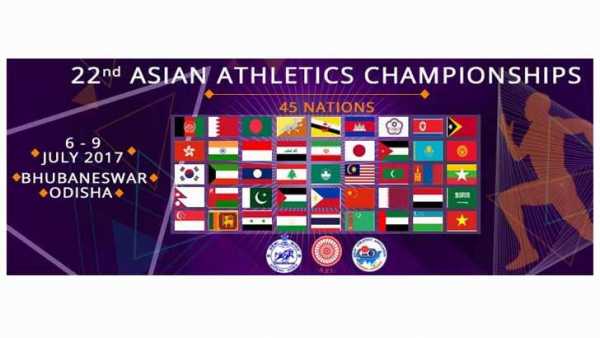 India had been praised by the president of International Athletics Federation, Sebastian Coe who stated that with it’s love for sport, its population, the great interest in broadcasting and commercial opportunities, India can make a mark in the 22nd Asian Athletics Championship which began on 6th July, 2017 at the Kalinga Stadium where more than 800 athletes from 44 countries are participating in 42 events.  Well, he couldn’t be more correct! It was indeed amazing to watch the national record holder, Muhammed Anas making his way to the semi finals of the men’s 400m and the Asian Games bronze medallist Arokia Rajiv easing into the first position in Heat 2 of the same race. The third Indian, Amoj Jacob, on the other hand went into the next round with a first place finish in Heat 3.

Anas finished second in Heat 1 behind Dilip Ruwan from Sri Lanka. Arokia and Jacob, on the other hand led through most of their respective heats so as to qualify for the next rounds. The winner of Heat 4 was the Asian indoor championship bronze medallist, Ahmed Mubarak from Oman.

The event began with a bang with Chitra PU qualifying for the semi-finals from Heat 2 in the women’s 1500m. Monika Chaudhury finished being the fourth in Heat 1. In the men’s 1500m segment, Ajay Kumar Saroj set the pace in Heat 1 and on the other hand, Siddharth Adhikary qualified from Heat 2 standing second behind the Asian Games bronze medal winner Jamal Hairane of Qatar.

In the men’s decathlon segment, Japan’s Kazuya Kawasaki took the early lead with 100m sprint leg of the event. We found Abhishek Shetty from India playing catch up in a strong field which included Guo Qi, the silver medallist from China.

In the men’s long jump event, China’s Asian Games medallist Zhang Guowei along with others set a qualification standard of 2.10m.

India’s women’s shot putter Manpreet Kaur grabbed the gold medal with her throw of 18.28m. Vikas Gowda won the bronze medal in the men’s discus throw segment with his best effort of 60.81m. Ehsan Haddadi from Iran won the gold medal with his best throw of 64.54m and Malaysia’s Muhammad Irfan bagged the silver with his 60.96m. Manpreet upstaged the defending champion Guo Tianqian from China who won silver with her best throw of 17.91m and Aya Ota from Japan bagged the bronze with 15.45m. The Asian Athletics Championships is Asia’s flagship event organised by the Asian Athletics Association (AAA). The event is scheduled from the 5th to 9th of July. India has hosted the event previously on two other occasions in Delhi in the year 1989 and in Pune in the year 2013. The winners of the event get a direct entry in the IAAF World Championships in London in August this year.