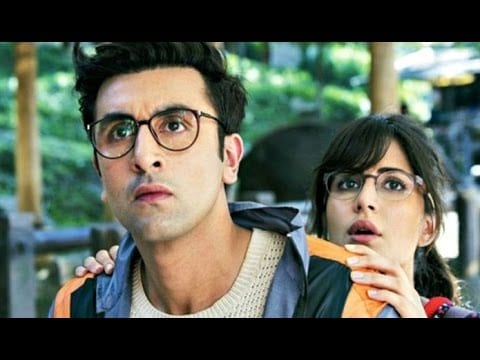 After a four year long wait, Ranbir Kapoor and Katrina Kaif return to the big screen with the Anurag Basu helmed ‘Jagga Jasoos’. The upcoming musical adventure drama hits theaters on the 14th of July, and by the looks of the trailer, it seems to be quite promising!

Basu and Kapoor have teamed up after working together on the 2012 film ‘Barfi!’, which was one of the highest-grossing films of the year and India’s official entry to the 85th Academy Awards. Interestingly, the role essayed by Ileana D’Cruz was originally offered to Kaif. This film is the first time Katrina is working with the critically acclaimed director while it is Kapoor and Kaif’s third onscreen venture.

After a dialogue-free teaser came out in May, the trailer of the film was finally released on June 30th.  Filled with breathtaking visuals, quirky musical numbers, an outstanding star cast and the hints of an intriguing story, the film seems to hold a lot to offer cinemagoers. Here are a few things you may have noticed in the trailer and what is the story behind them!

Ranbir Kapoor plays a teenage detective in the film who, to overcome his stammering problem, sings his way through life. The actor’s stammering comes off as incredibly natural, and there is a reason behind that! Kapoor had apparently enrolled in an acting school in New York City back in 2014 when shooting had begun, to learn the art of stammering!

The picturesque locations and vivid cinematography are one of the stand-out features of the trailer. The film has been shot in locations like Morocco, Thailand, South Africa and Darjeeling. The film’s cinematographer Ravi Varman said in an interview that Jagga Jasoos is his ‘best work yet’ and that he was ‘glad that Anurag gave equal importance to cinematography’.

One of the highlights of the trailer includes all the animals being shown in it. From elephants and ostriches to meerkats and leopards, this movie has Kapoor and Kaif working with a number of wild creatures. Kaif stated in a radio interview that her character deals with a lot of action and she performed many stunts, including working with the animals, in this film.

With music director Pritam teaming up with Basu yet again, the songs of this film are touted as one of the main attractions, especially since it is a musical. According to reports, the soundtrack features around 29 original songs, three of which have already been released. In an interview with Rajeev Masand, Basu stated that the music was created as shooting schedules carried on.

The film boasts of many excellent supporting actors, including Saurabh Shukla as a police officer and Saswata Chatterjee of ‘Kahaani’ fame as Jagga’s father. The actor, widely recognized for his portrayal of Bob Biswas in the 2012 thriller, apparently had the role tailor made for him by Basu. He said that his character and the emotional sensitivity of the story made him say yes to the film.

With lots of thrilling action sequences, VFX effect, and mystery elements, the film has been targeted towards a younger audience. According to Basu, he believes that the story of the film is its hero and the film is a love letter to his children. He said

“After watching Barfi, my daughter felt it was an OK film. So, I wanted to make a film that children can enjoy.”

Posted by Anushka
Research by day, writing by night. Music, movies and memes keep me going. And chicken, of course.
Leave a comment Leave a comment 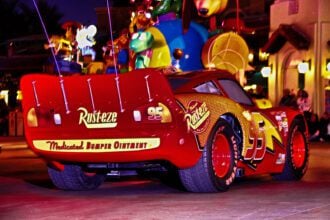