Malnutrition is now being interpreted in a different way. It is making its effect felt in the world, both in the form of obesity, as well as starvation.  The 2016 Nutrition Global Report said that 44% of the countries are suffering from very high levels of both under nutrition and obesity. According to the study of 129 countries, one in three people suffer from malnutrition in different forms.

Malnutrition was traditionally associated with starving children, stunted growth and those who have low immunity or are prone to infection.

In today’s era malnourished is also a definition of overweight people. Hundreds of people suffering from obesity can also be called malnourished. Malnutrition simply means “bad nutrition”. Whoever is not adequately nourished can suffer from malnutrition. Professor Corinna Hawkes, who has been leading this research, said- “You have outcomes like you are too thin, you’re not growing fast enough or it could mean that you’re overweight or you have high blood sugar, which leads to diabetes.” Malnutrition can be caused by not having proper quantity of food, which leads to undergrowth. It can also occur due to intake of an unhealthy diet, which will only lead to an increase in calories and become the cause of obesity.

People are very ignorant about the effects of malnutrition. Just eating food will not bring about any changes in their condition. Maintaining a nutritious and a balanced diet is very important to take proper care of their health. Every one of us should become aware about the requirements of our body, and maintain a diet accordingly. A proper diet is very necessary to bring about an end to malnutrition in this world. 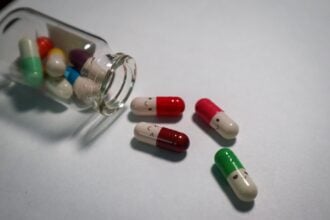