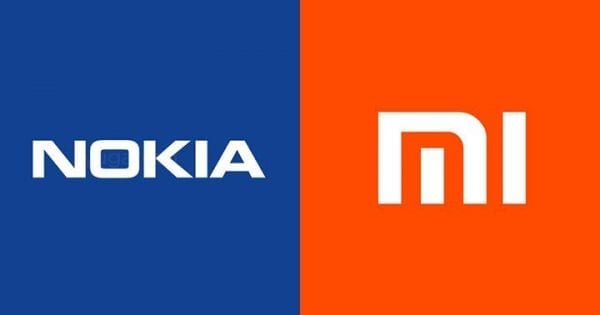 When we talk about Xiaomi, the privately owned Chinese electronics company which has been considered as the one of the most ingenious technological and smartphone Manufacturing Corporation. Lately, they ranked 5th in their field among their long-time rivals in the world. As we are all aware of, the global telecommunication framework and the smartphone wizard, Nokia has come up for collaboration with another Xiaomi. From the recent most news they have presaged their collaboration agreement along with the multi-year patent agreement. This clearly depicts about their business relationship and the cross-license between these two companies’ standard cellular crucial patents. Following the transaction of Nokia, Xiaomi will be also going to promote patent resources. According to a recent most press release, Xiaomi revealed that they will be aiding the patent resources though they didn’t tend to divulge any of the exact numbers of the mentioned transaction. Both of the companies seemed to be very much cautious about the transaction sum release, due to privacy contracts between as Nokia specified during the press release. “Xiaomi is one of the world’s leading Smartphone manufacturers and we are delighted to have reached an agreement with them,” Nokia Chief Executive Rajeev Suri said.

The agreement states the cross licensing to cellular standard patents of each company. Xiaomi’s high capacity and low requirements will be procured by Nokia’s network infrastructure equipment.

As the business alliance agreement says, Nokia will be catering its telecommunication groundwork in the partnership to correlate the requirements of some considerably broad data centres as well the web service providers. Here some of us will argue strike about HMD global. But we should call up that HMD do make new cell phones as they have ritzy rights segregated by license pact to adopt the brand name of  “NOKIA”. Though, the venerable Nokia is still there on the market but with a singular change in their business after they traded it to Microsoft. Most of us were not much aware that, Nokia retained its telecommunication framework to itself “Nokia and Xiaomi will work together on optical transport solutions for data center interconnect, IP Routing based on Nokia’s newly announced FP4 network processor, and a data center fabric solution. In addition, the companies have agreed to explore opportunities for further cooperation, in areas such as Internet of Things, augmented and virtual reality, and artificial intelligence.”

Xiaomi nowadays has been causing a swift growth in Indian market. It has been accorded 4000 patents in past seven years since its foundation, (1887 patents were overseas. (Source: CNBC). In 2016, Xiaomi recorded around 6000 crores in proceeds. In addition to this, Xiaomi is an Internet of Things player. With its inventive technologies, Xiaomi has released Mi Ecosystem IoT platform which has been connected to the more than 60 million devices and lately a recent most study says that there are more than 8 million active devices were connected on the Mi Ecosystem platform.

“As a company seeking to deliver more exciting technological innovations to the world, we are excited at the opportunity to work more closely with Nokia in future,” said Lei Jun, chairman, and CEO of Xiaomi. “Xiaomi is committed to building sustainable, long-term partnerships with global technology leaders. Our collaboration with Nokia will enable us to tap on its leadership in building large, high-performance networks and formidable strength in software and services, as we seek to create even more remarkable products and services that deliver the best user experience to our Mi fans worldwide.” Finally, when you all are expecting bellwether Nokia-Xiaomi collaboration will end up bringing a brand new Smartphone with their mingled endeavor and the breathtaking arena of Smartphone then you might be gravely mistaken. Nokia Bell labs suffice service providers, extensive industries, and end users which emphatically clouts the exploration and modernization of Nokia. And if you are not living under the rock then you might know about the early engrossment of Xiaomi into Internet of Things platform. This gives both the companies an exploratory upstart in their business for the interest of Xiaomi in these fields rather than on smart phones evidently. As we can assume Nokia along with Xiaomi has fixated in facilitating infrastructure for IoT and 5-GEN (5G), surfacing other interesting applications in VR technology for the enhancement of human acquaintance about the latest forthcoming technologies. As per the patent, protocol reads it only concentrates and seeks attention to its paramount fact of the cross-licensing of standard essential patents without providing any clarification about its kinship with other facts. However, we have just now had to wait for the denouement.

“Our collaboration with Nokia will enable us to tap into its leadership to build large, high-performance networks and formidable strength in software and services,” Lei Jun, Xiaomi’s chairman and chief executive officer,