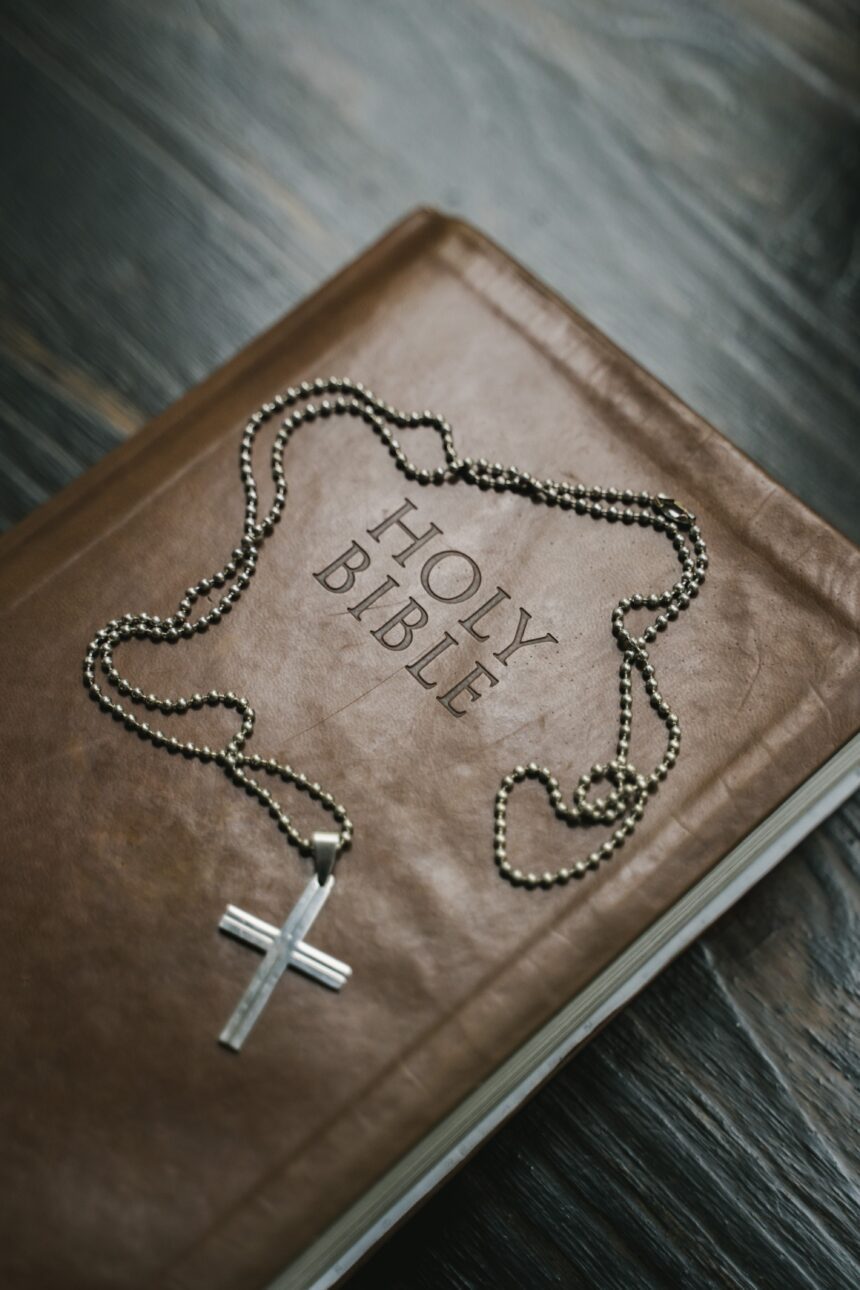 Bible is regarded as the word of God to mankind. God tries to express His will, nature, and laws to humanity through the Bible. The teachings in the original language of the Bible are considered true as it claims to be “God-breathed.”

The word Bible originates from the Latin and the Greek words ‘biblia’ and ‘biblos’, respectively. The term supposedly means ‘books’ originating from the Egyptian port, Babylon, where papyrus was used to make books and transported to Greece.

The original language of the Bible is not contained in a single book. A compilation of around 66 books and letters, the writings of more than 40 authors contributed to it over a period of about 1500 years. The authors recorded the words of God on anything they could find at the moment, such as papyrus, vellum, tablets of stone, parchment, leather, and metals.

1. Origin of the Bible

The complete Bible has a very long journey from its origin to today’s English translations. The timeline of the entire Bible can be divided into certain periods, namely :

The story of creation is included in the Old Testament. In it, the original language of the Bible talks about how God created the world along with humanity. The dominant figure of the Old Testament can be regarded as Moses.

The Pharaoh’s daughter found baby Moses in a basket in the river Nile. Hence the name Moses means “drawn out of the water.” God selected him to lead the Hebrew people out of slavery in Egypt and mediate His covenant with them. He handed down the ‘Ten Commandments’ and completed his mission. The first five books of the Bible or the Pentateuch: Genesis, Exodus, Leviticus, Numbers, and Deuteronomy, were primarily written by him in the original language of the Bible.

The birth of Jesus, the Messiah (the world’s savior), marks the beginning of the New Testament era. God makes His salvation plan accessible to the gentiles through him. The gospel was established, and so was the Christian church. It started to spread to the Roman empire and eventually to the world.

The rise and spread of Protestantism marked the period of the Reformation era. The original language of the Bible reached a large number of people through its printing and the spread of literacy during this period.

2. The Original Language of the Bible

The original language of the Bible is the three languages of ancient times, called the Semitic languages: Hebrew, Aramaic, and Greek. Although in the present times, the modern version of these languages is spoken, making it a little difficult for modern-day readers of Biblical literature to understand the Christian Bible text.

2.1. Parts of the Bible Written in Hebrew

The first five parts of the Bible were written in Moses’s native ancient language, Hebrew – One of the Bible’s original languages.

Almost the whole Old Testament is in Hebrew word. The Hebrew language was the language of the ancient Israelites. Dating back to 1500 BC, ancient Hebrew is a Semitic language, written from right to left with 22 characters, with vowels added later.

Hebrew was the sacred spoken language of the Jews, but its everyday use declined after the Jews returned from exile. The usage of Aramaic replaced it. However, Hebrew saw a revival in the Maccabean era without much difference. Nowadays, modern Hebrew spoken in Israel can trace its ancestry back to Biblical Hebrew.

The use of Hebrew became exclusive as a religious or sacred language. To this date, many Jews read and memorize the Torah in it while worshipping in the synagogue. Many Jews may read the writings of the Torah in English as part of the Hebrew Bible, Tanak, or the Jewish Bible since only the text in original Hebrew is considered particularly sacred.

In 1947, the earliest copies of the Hebrew scriptures, the Old Testament, were discovered. They contributed to the famous Dead Sea Scrolls dating back to the first century. Despite belonging to such an old time, they are hand-written copies of Biblical texts, not originally written. It has already been mentioned that earlier texts were written on perishable items such as papyrus and leather. Therefore, the original Hebrew scrolls have been lost to time.

2.2. Parts of the Bible Written in Aramaic

Another original language of the Bible is supposed to be Aramaic. The first few passages of the Old Testament were penned down in Aramaic words. Aramaic is also a Semitic language, just like Hebrew, and both are quite similar. It was spoken in the Persian empire and was common during Jesus’ time. It was brought back by the Jews to Israel after their exile and became one of the popular Biblical languages.

We can assume that Jesus also spoke Aramaic, as some New Testament translations are of Aramaic to Greek. Although Jesus, most likely, spoke in Greek to the people outside of Israel.

The Hebrew Bible’s translation into Aramaic, called the Targum, happened during the second temple period dating from 500 B.C. to 70 A.D. This translation was mainly used as instruction and read in synagogues. The Bible translations into Aramaic are in the passages contained in:

2.3. Parts of the Bible Written in Greek

The language of the New Testament is largely Greek. The languages of the ancient world were abandoned by the Bible writers when they proceeded to ink down the gospels and epistles. And they instead turned to the popular language of the time to reach ordinary people since even Jews did not read Hebrew by that time.

Even the authors of the New Testament often cite this Greek translation of the Hebrew Bible.

The Bible is considered one of the bestselling books of the times. The urge to read the word of the Holy text has led to it being translated into other languages such as old English, German, Slavonic, and some other translations. Pope Innocent III banned unauthorized translations of the Bible to avoid heresies.

Even the Roman Catholic Church opposed these translations. Because, for them, it was the job of the theologians to read and explain the original language of the Bible, not the laymen. Therefore, several translators did their jobs in secrecy but escaping these churches was not easy. For instance, William Tyndale was executed even before his work was translated.

Numerous versions of the original writings have been used to suit the changing times over the past two millennia. But the King James Version is considered a widely accepted authorized version of the Bible. King James, I commissioned 47 finest scholars of the land to translate the original language of the Bible into English.

The push for this translation came from the early church of England to develop an English translation that adhered to the beliefs of the emerging Anglican denomination. Naturally, there was no magical agreement among the many scholars working individually. But the translation resulted from a collaborative effort that required a lot of work and effort and caused intense debates and controversies at the time.

There also exists a group of Bible studies used by scholars who look for the most accurate translation of the original languages of the ancient versions. There are common-language versions in regional idioms and vernaculars, as well as translations like the New Revised Standard Version for Christians looking for more contemporary and accessible Bibles. It uses gender-neutral language to be more inclusive of women.

So, by now, we have a fair knowledge of the original language of the Bible or what language the Bible was written in its early versions. People sometimes worry that if they read the translated versions and not the original language of the Bible, they will be getting the true essence of the words of the Almighty or not, which is a valid concern. But it should be noted that the scribes appointed for the translation remained very careful and stayed as close as possible to the original ones. So more than the language, it is the essence of the words that matter, and having them in a thousand more languages makes it better. 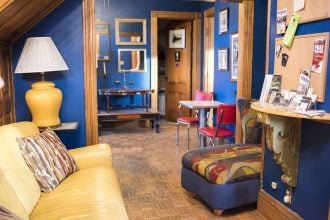 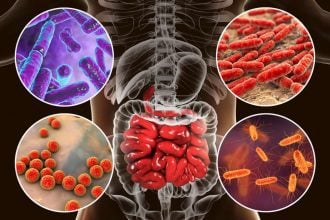