It’s been a while since Philae stuck to the comet – a considerable achievement by the European Space Agency. Now, the details, the Philae Lander Findings are emerging to explain what the comet looks like and what it can have in store for us in terms of scientific knowledge.

To start with the structure, composition, and history, this knowledge about comets is coming into focus thanks to the observations by the European Space Agency’s Philae lander. This lander detached from the mother-ship Rosetta. Three months earlier, the lander orbited around the Comet 67P/Churyumov-Gerasimenko and took photos of the icy surface.

The landing was not perfect, and the anchoring harpoons failed, which caused a minor setback, and the landing took 2 hours more than it should have. The photos will allow us to gather data on the structure and composition of comets. More data will be published in the ‘Science’ journal after the team of scientists analyzes the properties of the comets.

There have been combinations of complementary results, and we will soon get the larger picture of the structures of comets. Primary research has concluded that comets are composed of various carbon-based organic molecules of multiple types, and the interiors of comets are primarily homogenous.

So far, that is all we know from the Philae Lander Findings but more discoveries are sure to be revealed shortly. 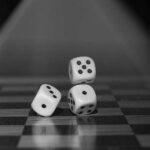