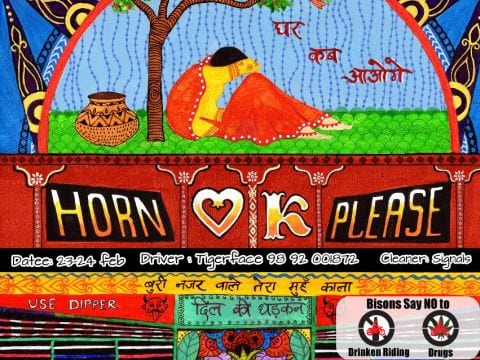 Horn OK Please, the phrase usually seen painted on the back of the trucks, buses, and autos in India, is to alert a driver of a vehicle approaching from behind to sound their horn if they wish to overtake. That’s it? No, the actual purpose of this grammatically wrong slogan is something different. Let’s find out.

No one knows the exact origin of this phrase. By the way, this phrase has no official significance concerning the Indian traffic regulations, and no rule in India makes it mandatory to use such a “slogan” on a vehicle. Still, many vehicles are decorated with the phrase Horn OK, please.

#1. Ages ago, TATA group was the eminent manufacturer of Trucks in India. Its subsidiary company, Tata Oil Mills Ltd. Co (TOMCO), came up with a new detergent brand known as “OK.” And to promote the detergent, TOMCO used the motor medium very efficiently by painting OK between ‘Horn Please’ on vehicles making it Horn OK Please. The logo of this brand of detergent was a lotus flower. This continued for a few years, and now the detergent isn’t available in the market. But the lorry drivers who are unaware of this continued to paint OK. #2. The other theory of the origin of this phrase takes place during the Second World War. Trucks were often run on petrol due to the shortage of diesel in those days. Petrol, a highly unstable chemical, caused a blast at the minutest accidents. So a caution would be written in paint on the back saying “Horn Please, On Petrol.” Eventually, it became a norm and is still seen on most trucks even to this day.

#3. Historians also clarify that in those days of the blackout on lights, a car had to honk to overtake a lorry in the night. In reply to the honk, a red bulb under the truck would be used by the truck driver to signal that it was OK to overtake. The OK painted below the bulb would illuminate when the bulb is switched on to signal OK.

#4. A logical thinker explains that the original phrase was Horn OTK (overtake) please. And since many times the T would merge into the truck’s paneling, it got mistaken for OK. #5. A further explanation (this might be the true reason) is that the OK is separate from the Horn, Please. It is painted in big, bold letters, below Horn Please allow the other drivers from behind to realize that they were OK and alive, thus avoiding them from rash driving etiquette; also, this is painted in big letters to make them maintain an appropriate braking distance.

On 30th April 2015, the Maharashtra government banned this slogan as they felt that this slogan promoted unnecessary honking, thus giving rise to noise pollution. In our neighboring country Pakistan, instructions are used in the same way, but with rather different styles and phrases. Like the phrase, Horn de Kar paas karein painted in their national language Urdu, usually found at the back of heavy vehicles, trucks, and trailers traveling on long routes or highways.

Whatever might be the reason, we Indians are used to this grammatically incorrect phrase, “Horn OK Please.” Sahul, a newbie with creative thoughts, novel ideas & fecund imagination. His hobbies include drawing, editing photographs, and writing poetry. Apart from this, he loves reading and finds pleasure in friendship. His attitude towards life is “Preach what you Practise.” 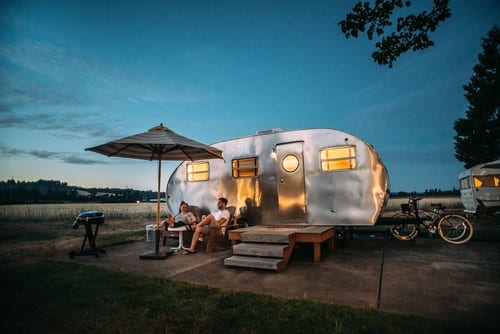