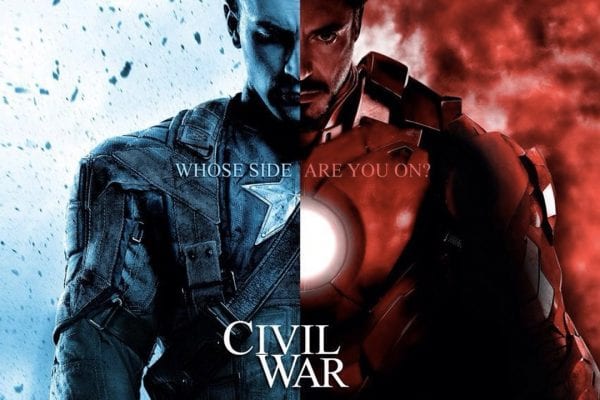 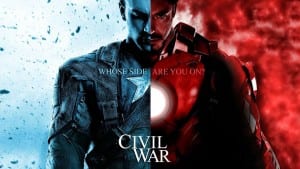 CIVIL WAR – Whose side are you on?

‘We Fight.’ It has always been a nightmare to see our favorite heroes fight against each other. Finally, this vision is brought to light. Characters within the superhero community in the Marvel Universe split into two groups: one advocating as a responsible obligation and opposing the law because it violates civil liberties and the other rooting for the protection that secret identities provide. 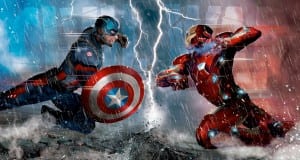 2. Spidey in the team

OMG! Spiderman to join hands with the Avengers. Spiderman takes up Ironman’s side to fight against the Winter Soldier. People have always wanted to see Spiderman with the avengers since their childhood. The captain is surely gonna be webbed in this civil war! 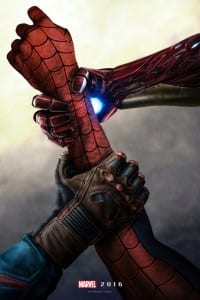 Finally! A movie with just our favorite heroes. No ugly-face villains to turn out with his crew making a complete mess of the city. In most movies, the villain is only introduced in the latter part of the movie, which makes the first half a little boring, but that will definitely not be the case this time.

When Marvel Studios officially announced Captain America: Civil War in October 2014, Robert Downey Jr.’s Iron Man wasn’t the only special hero revealed to be involved with the project. The company also took that time to confirm that Chadwick Boseman would be playing the Marvel Cinematic Universe’s Black Panther, a.k.a. T’Challa, and that he would be playing a crucial role in the upcoming film.

Is Antman gonna be in this movie? Remember when Falcon said, “I know a guy…” at the end of Captain America: The Winter Soldier? Yes. Adding to that, we will also have Black panther, Angel, and Spiderman taking up different sides. Mindblowing.

Henry Jackman, the composer for Captain America: The Winter Soldier, will return to score the sequel. Jackman noted that the industrial elements of the track “The Winter Soldier” from the previous film’s soundtrack were a good indication of what the soundtrack to Civil War would sound like, though he cautioned it was “just a jumping-off point since the Russos are looking for something new — similar with a twist.”

It makes the beginning for Avengers: Infinity War, where the Guardians of the galaxy story merge with the avengers team. Although Guardians of the Galaxy seemed like a risky property at the beginning of 2014, the film became a top-grossing movie of the year and the third most financially successful Marvel Studios feature. Despite its independent success, though, many fans have speculated about how Guardians will tie into the Marvel Cinematic Universe’s larger story – especially the development of Infinity War. All the avengers related movies are just a story patch to the Infinity War. 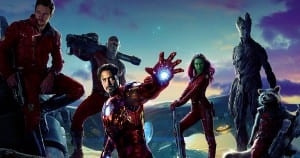 Not every Marvel hero will get to fight in the superhero conflict. Like Hulk, Thor will sit out Captain America: Civil War. After seeing those freaky visions in Avengers: Age of Ultron, he’s back in Asgard investigating the Infinity Stones and trying to figure out the danger that will soon strike Asgard. This gives space for other heroes to show their power effectively.