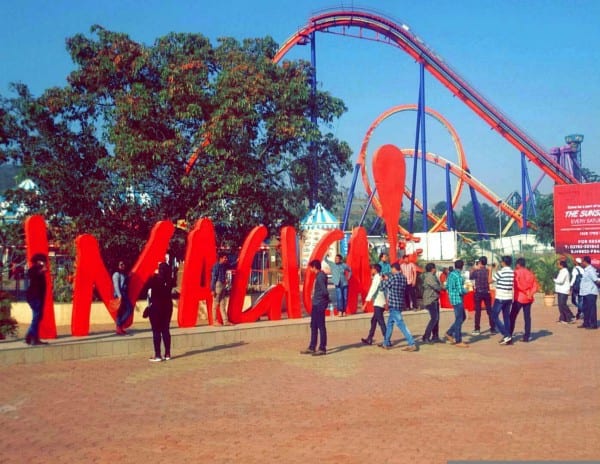 “Imagica.” The mere word has the power to rouse me from a stupor of boredom, no matter how intense, and send me into a frenzy of excitement. Visits to amusement parks are always a thing of joy, adrenaline, and adventure – who WOULDN’T want to spend a day at a place where you can experience the mind-blowing thrill of falling headfirst over a cliff without actually putting yourself in any mortal danger? 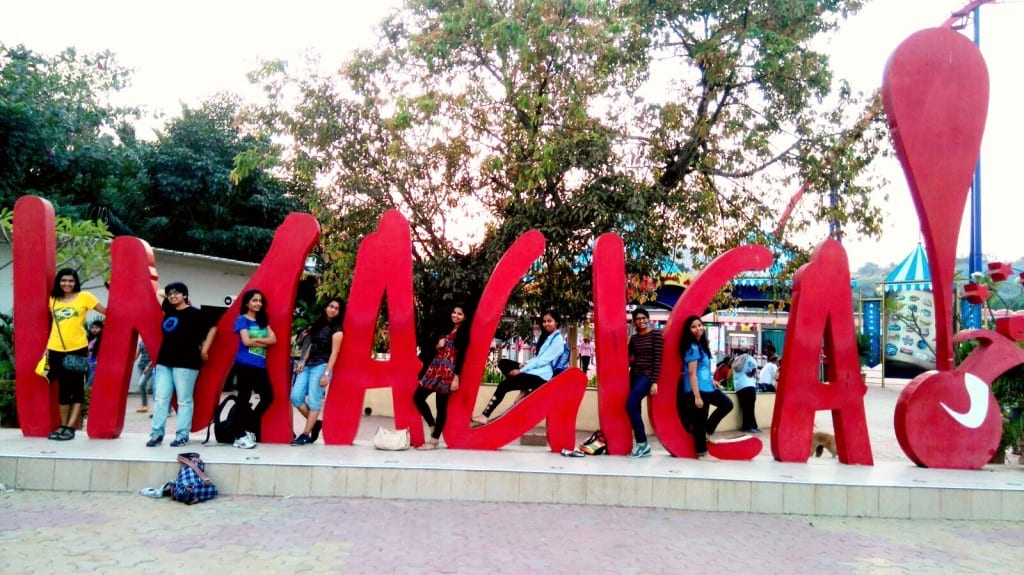 Ever since I first dared to venture on a roller-coaster at the young age of 13, I have been rather obsessed with rides in which you can hurtle vertically downwards at breakneck speeds. And along came Imagica, right outside of Pune – so close yet so far. After a long wait, I finally got to pay a visit to this place that I had (enviously) heard so much about from the lucky souls who had been there.

Bravo, Imagica, for living up to my quite high expectations and giving me a trip to remember. And why? Allow me to elaborate:

Well, next door to the CITY,  it still takes less time to get there than one might think. Speaking from experience, this is a huge pro for those unfortunate individuals who get the urge to throw up the moment the motor vehicle they are in, starts moving. No prolonged planning, no tedious snack and bathroom breaks on the way, no bored-out-of-their-minds children pestering you with the endless refrain, ‘are we there yet?’

You sit back and relax for an hour and a half as you cruise along the Mumbai-Pune Expressway. A bonus for those who love to get their 9 hours of beauty sleep is that there is no need to leave with the first rays of the rising sun. Instead, you can leave at 8 am and still reach Imagica comfortably, just in time for the gates to open. 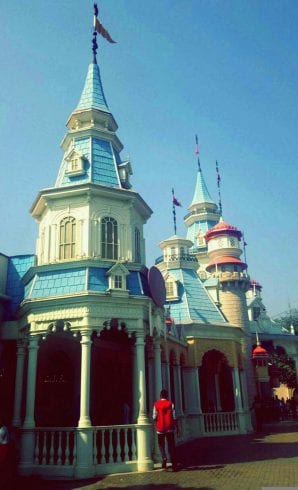 2. Suitable for all ages and marital statuses.

You may be part of a close-knit family of four, a screaming busload of school kids, a group of college-goers, or there on a romantic day out with your significant other; you will end up having the time of your life no matter what. This park is the perfect spot for EVERYONE. There is something to charm both the child and the romantic inside all of us.

There’s a reason that this heading is capitalized – when you are on the Nitro or the Scream Machine, you will be speaking in ALL CAPS i.e. yelling at the top of your voice. The park has rides for everyone, from toddlers to twenty-year-olds, from the scaredy-cats to the daredevils that walk among us but rise screaming to the occasion when faced with a roller-coaster. The carousel with its sun-kissed ponies is utterly delightful, like something straight out of a romantic comedy. The bump-it boats are a fun option for the water-lovers in the afternoon heat. The thrill rides, however, are an absolute must-go-for. The Rajasaurus ride with its larger-than-life portrayal of the Jurassic will make you want to become a paleontologist, if only for an hour or two. The Salimgarh Horror ride will have even the self-proclaimed brave-hearts jumping in fright.  Some ride that should not be missed –

a) The Nitro: This roller-coaster will give you the most terrifyingly awesome two minutes of your life. As you begin the slow climb at the start, you will have your heart in your mouth, thudding erratically in anticipation. As the car teeters on the edge of the precipice, ready to plunge downwards any second, you will find yourself holding your breath as your heart beats stand still. The rest of the ride is a blur of twists and turns, shrieks of fear and prayers to the Lord, looping, and tilting and quite a lot of involuntary cursing! 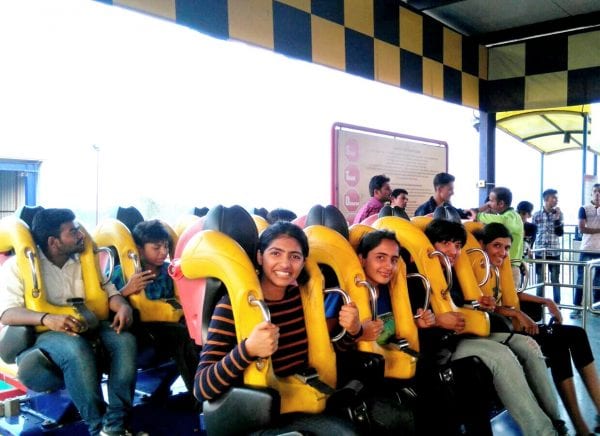 b)The Scream Machine: This ride is made for the adrenaline junkies. It is deceptively pleasant at first, like the calm before the storm. It starts off with a high-arcing swing in a meadow and ends with you begging the invisible powers to make the God-awful pendulum stop. It is exhilarating and horrifying all at once. Not for the faint-hearted. 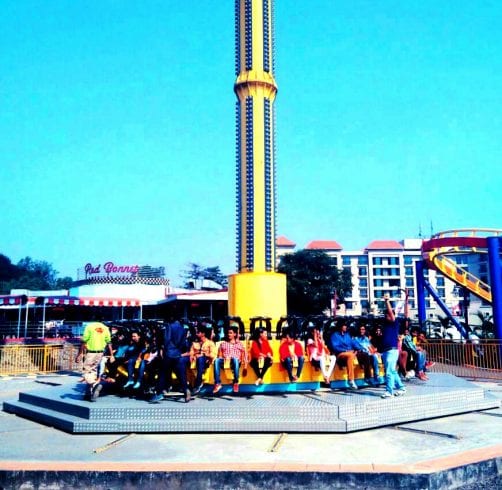 c)Dare To Drop: Have you ever been in a lift that had its cords cut on the 5th floor and plummeted to the ground accelerating at 9.8 m/sec^2? I hope for your sake that you haven’t, but this ride is your chance to experience that instant rush of free-fall in a controlled environment. As you rapidly oscillate 2-3 times, your throat will be raw from screaming. It is entirely worth it, though. 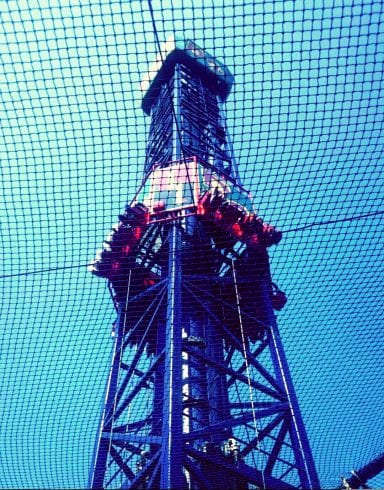 The entire layout of the park is enchanting. A vast lake dominates the central area, its surface dotted with blossoming lotuses. A cascading waterfall that looks suspiciously like the entrance to the Bat Cave comes gushing down on one side, and quaint old bridge highlights the other. A restaurant in an enormous pirate ship is moored near the edge. Its looming presence adds to the surreal atmosphere of Imagica. 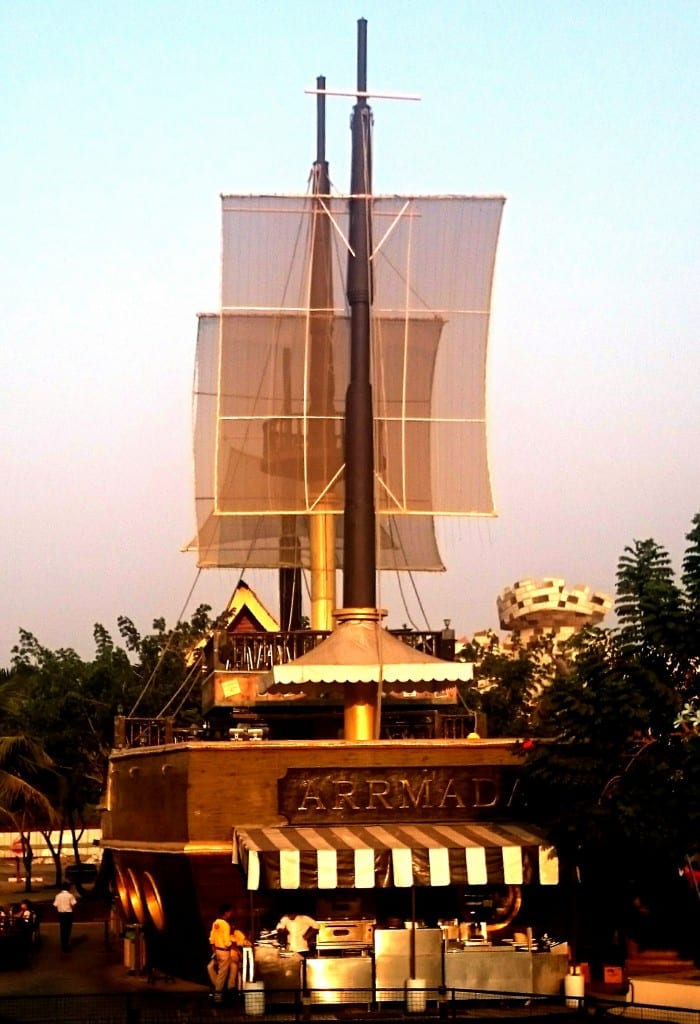 A boardwalk (perfect for posing for photographs) goes halfway around. At the far end of the lake, the Imagica castle rises majestically, looking like Prince Charming’s castle in a fairytale far, far away. Alibaba’s Palace is reminiscent of the royal dwelling of the beloved Princess Jasmine from Disney’s Aladdin while the haunted fort of Salimgarh looks like a witch’s lair. Taking a walk down the cobbled pathway past these beauties is a joy in itself. 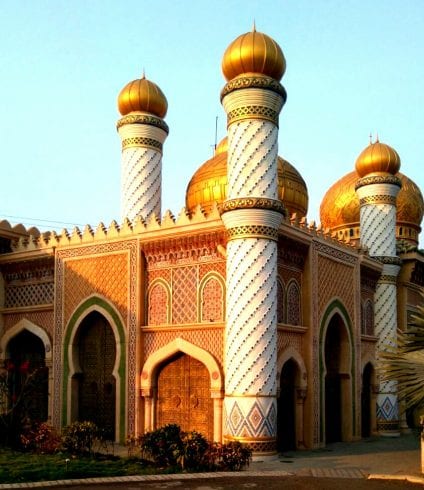 The Imagica parade is a beautiful spectacle, with young men and women dancing to catchy music in bright costumes. They are followed by people dressed up as fairytale characters, mythical creatures, dinosaurs, and more. A pretty-in-purple Cinderella in her sparkling pumpkin carriage driven by the Fairy Godmother, Rapunzel with her long, flaxen hair looking down from her window of the tower in the woods; all the displays of the parade is captivating. 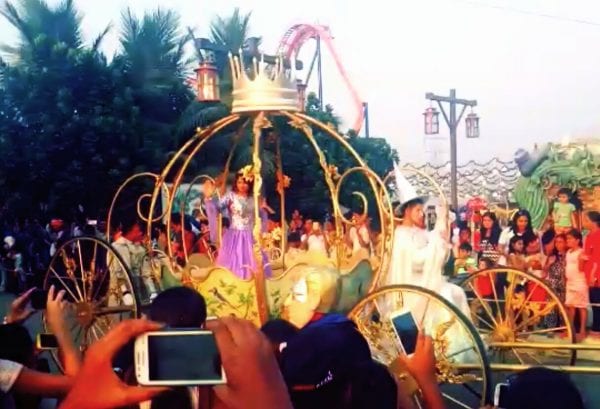 One thing that makes a trip to Imagica fun is that the waiting period for any ride does not usually exceed 20 minutes (on a weekday that is not a Tuesday). The short trips have queues that last for hardly 5 minutes, and although the longer rides have longer lines, the duration of the ride makes up for the minutes of idleness.

The food is quite pricey but is delicious and filling in sizeable helpings. Enjoying a meal with your loved ones at one of the restaurants gives you a welcome afternoon break from the stomach-churning roller coasters. The African Zeze Bar and Grill, in particular, is an excellent option! 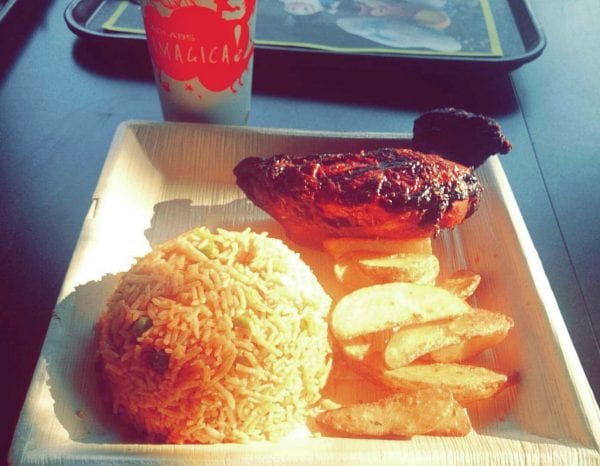 So hurry up, make the most of those mid-week holidays and as the incredibly catchy-yet-indecipherable last line of the park’s theme song says, ‘Come to Imagica.’  After all, even the name has magic in it!