Plight Of The Rohingyas 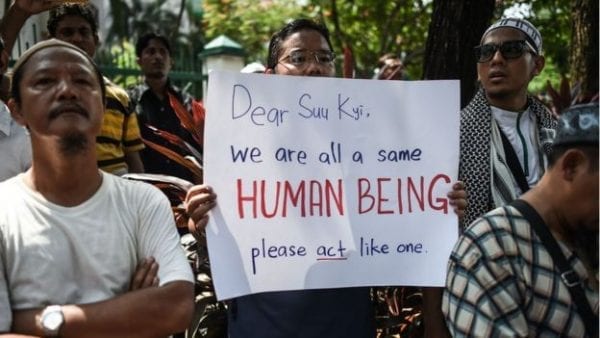 The Rakhine state of Myanmar has been in a state of shock. There has always been tension between the Rohingyas and the Buddhists, however, this tension has given way to violence, claiming almost a 1,000 lives and forcing almost 5,00,000 Rohingyas to flee to Bangladesh. The Rohingyas have faced discrimination by the Myanmar government for ages. They are treated like illegal immigrants and the rumors of the government denying them citizenship is extremely common. There are still many Rohingya people trapped in unsafe areas and are looking for a way out. Many of them are currently living in camps all along the border.

Rohingyas are said to be the descendants of the Muslim religion and apparently came to Myanmar generations ago. However, this claim did not help them in any way when they were uprooted from their homes and had to flee for their lives. 471 villages were targeted by the army. Out of the 471, 174 of them are completely deserted and the rest are only partially inhabited, with many of the people fleeing to Bangladesh fearing for their lives. It all started on 25th August when militants of the Arakan Rohingya Salvation Army attacked the police posts killing almost 12 people in the process. From then on, it has only been chaos. 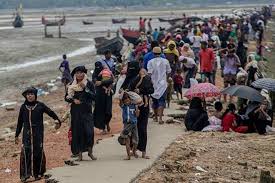 There is a lot of criticism going Aung San Suu Kii’s way. Considered as the icon of morality in Myanmar, people are questioning her actions. According to her, the recent events are a result of “a huge iceberg of misinformation”.  Many Nobel Prize winners have voiced their support for Suu Kii. Bangladesh, on the other hand, has urged Myanmar to take back the Rohingyas who fled. However, Zaw Htay, the spokesperson of the presidential office,  has indicated that not all of them will be taken back immediately. This event also has given rise to a humanitarian crisis. Bangladesh is struggling to support the refugees, around 4,30,000 people, almost 60% of them being children. Many children have lost their families and seem to have crossed the border alone. Bangladesh has requested aid from all the countries and at the same time is continuously urging Myanmar to take their people back. Hunger is becoming extremely prevalent among the refugees with many people begging for food. According to sources, the Myanmar forces have laid landmines all along the border to prevent Rohingyas from coming back to Myanmar.

UNICEF has been doing everything possible to give a habitable environment to the refugees. Special camps have been created to care for the children affected by this atrocious act. UNICEF has set up Child-Friendly Spaces, a common space for all the kids displaced. According to the aid agencies like Doctors without Borders are concerned about the health of these kids and also suspect that most of the kids will end up as orphans once the situation calms down. And hence these kids will need urgent help and assistance.

Loss of innocent lives cannot and should not be tolerated. Hope the situation calms down and all the stranded people get to safety.