“If you have more than you need, simply share it with those who need it the most.”

Sandeep Maheshwari, who is truly an inspiration, was one of those struggling middle-class guys who had dreams as his foundation but was sure to take them to the highest of peaks. Once a freelance photographer, presently he is a mentor, motivational speaker, a true enthusiast, and the better-known CEO of “Images Bazaar.”Let’s look at his journey, which brings him to the present day of being such an inspiration for the youth.

What makes Sandeep Maheshwari different from the rest of us is that he could see his unfavorable circumstances, not his favor. What uplifted him was his desire to dream beyond possibilities. Struggling in the early years of his career, it was photography that made him realize how passion can be taken ahead in life.

He  went on to excelling his skills at photography by taking small steps as a beginner, but there was one thing which bothered him along with the professional responsibilities which he had. It was the plight of the models in the modeling industry. He made sure that upcoming models were not being frauded by misleading agencies and helped in paving their ways through genuine procedures. In the year 2002, he also had to witness the shutting down of his company, a venture by him and his friends.

But he never gave up.He got his first book published when he was just 21.His work came into much notice when he created a world record in photography by taking more than 10,000 shots of 122 models in about 10 hours

The launch of “Images Bazaar.”

Climbing the staircase of success, he came into limelight when his official website “IMAGES BAZAAR” was launched. It is the largest collection of Indian Images in the world. There were many ups and downs for the company when the site was initially launched, but Sandeep never gave up hope on anything.

Initially, the site was too slow to surf and faced problems like site trafficking and other technical difficulties. But Sandeep gave up his 100 percent in facing all the obstacles that came his way, he was sure that he and his team will overcome these adversities and presently his site is a leading company in the field.

But then he thought of making a difference…..

Rising so high each day, what was it that made him come out of the rat race of money makers? The self-injected thought of “giving something to society” somehow or the other, and so he decided to share his experiences with the world through “free life-changing seminars”. He began small, starting from a compact room in the initial years now his seminars are conducted in big auditoriums and stadiums.

Many people register before the date to attend live seminars, and those who can’t can subscribe to his YouTube channels. He is widely heard and appreciated immensely in the country.

His concept of “Revolution India.”

During one of his sessions “A colorful interaction in the rain,” he mentioned that long back his friends were blaming India for the kind of country it is and he then committed that he will possibly do something for the country. And in the present day he mentors “Revolution India” where he is helping young budding minds in their journey of entrepreneurship. He is not just mentoring them as a guide but also supporting them financially.

Not just being an achiever in his professional life his spiritual path also has much to say about him and his radiant personality. He says, in his simple words, “Spirituality is common sense, simple! See things the way they are.” He transmits his spiritual knowledge through his “Meditation” and “Advanced Meditation” sessions. He says meditation might sound boring to youngsters, but he explains how interesting it is and how it is responsible for the kind of person he is today.

Trust me for every youth of today’s generation, his seminars are definitely a must-watch. He is such an amazing personality to look up to. He leaves no stones unturned by converting all that is negative into positive. Be it a blessing or a curse, and he embraces both with grace. He says, “Success comes from experience and experience comes from bad experience”. He has always taken the failures in his life as stepping stone and to the whole world he says, “Yeh Bhi asaan hai”. 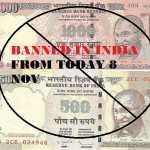