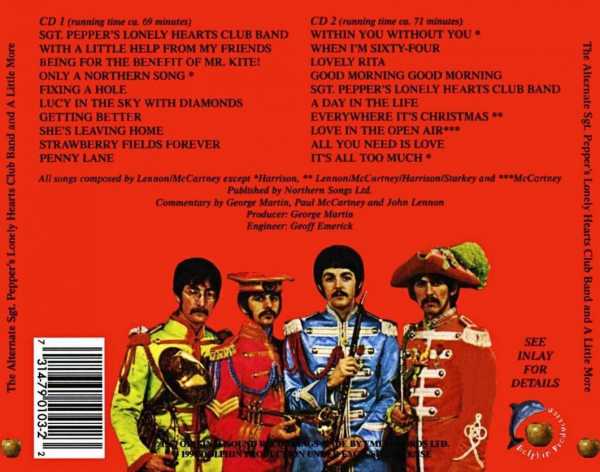 The Beatles are coming back and I cannot count how long I have been waiting to say this. 2017 marks the 50th anniversary of their most popular album, “Sgt. Pepper’s Lonely Hearts Club Band,” reportedly there is planning go on for a massive celebration. They will reissue the entire album, I am not joking.

The extended deluxe version is supposed to release in May. There will be 2 CD and a 2 LP vinyl package, but apart from that the 6-disc deluxe set is what is going to be groundbreaking. Featuring studio recordings, instrumentals, stereo mixes that have never been made public before, they are going to be invaluable.

The 6-disc set will additionally have a restoration of the extremely rare 1992 documentary, “The Making of Sgt. Pepper” and a hardcover book dedicated to dissecting the album. The 2- disc sets will have an abridged version of the book. To every Beatles’ fans out there, I feel your excitement.

I will take this opportunity to look back on this album and its firm place in music history. It released on 1st June 1967 and it was an immediate success. The cover is still iconic in its featuring so many important people across generations. You have Marilyn Monroe, Adolf Hitler and H.G Wells in the same space. Then there are the Beatles in their signature suits and separately in elaborate marching outfits.

The album was recorded in a manner to make it seem that it was not the Beatles, but the Sgt. Pepper’s Lonely Hearts Band who had sung the song. And the cover is set on a grave of the Beatles. What is interesting is how Sgt Pepper’s is presented as an alter ego of the Beatles. This is symbolic since this was the Beatles officially leaving behind their pure rock n’ roll days and venturing into uncharted territories.

The album is an amalgamation of various musical genres. The songs have had controversies attached to them. For example, ‘Lucy in the Sky with Diamonds’ was falsely misinterpreted as a code for LSD and almost banned. Some other tracks were also under speculation for indirectly promoting drug usage. According to Lenon,

“We didn’t really shove the LP full of pot and drugs but, I mean, there was an effect. We were more consciously trying to keep it out. You wouldn’t say, “I had some acid, baby, so groovy,” but there was a feeling that something had happened between Revolver and Sgt. Pepper.”

This was the first music album to have the lyrics printed with it. That acted as a message to the listeners who were asked to pay attention to the lyrics. Notably, ‘Lucy in the Sky with Diamonds’, ‘Getting Better’ and ‘Within you without yo’ are some of their best written songs. This album bagged four Grammy-s including the ‘Album of the Year.’ Hopefully, the revival of this album will lead to the Beatles becoming a sensation among today’s youth and inspire them to grow up with Paul, George, John and Ringo like we did.