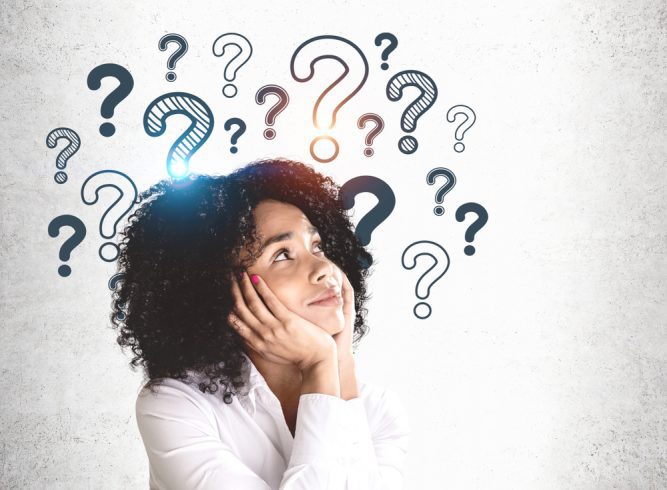 What constitutes brilliant minds? This is one of those questions that have most consistently baffled experts and laypeople alike.

What elusive ‘X-Factor‘ separates the extraordinary mind from the ordinary? Is it I.Q.? Creativity, or sensitivity to one’s environment? Or some complex mixture of all of these factors?

While there is certainly no one-size-fits-all formula for brilliant minds, there are undoubtedly several traits that many bright minds share in common. The following are just a few of those traits that have been proven to be commonly associated with a genius. After all, it goes as they say – great minds think alike.

Here are 10 Signs of Brilliant Minds!

It probably doesn’t come as a surprise that some rational thinkers on Earth have also been the most curious about the world around them. After all, it takes an incredible curiosity for them to question why an apple falls from a tree instead of rising into the skies and being swallowed up by the ether. It would never even occur to most of us to question something as utterly fundamental as that. I mean, can you even imagine that conversation?

A little boy to teacher: Miss, may I ask you a question?

Little boy: Why do apples fall? Why can’t they… you know, float away?

Teacher: … stand in the corner.

At least during the early phases of their lives, they face a certain degree of social isolation. Contrary to popular belief, this is not because of inherent social deficiencies. While a scholarly thinker, like anybody else, may have poor social skills, this is very far from being a universal trait, and as they grow older, they learn to adjust better to their environment.

However, the chief cause of social isolation among brilliant minds is the lack of intellectual peers who are on the same level as them. This leads to a situation where they cannot find many friends who would be interested in talking about the things that interest them. How many 12-year-olds would be thrilled about being dragged into a conversation about nuclear fission and the merits of multiparty democracy over a two-party system? Not many, I am sure.

It can be expected that their peer group’s regular topics of conversation would bore them to no end. This leads to a situation where many geniuses are often more comfortable conversing with people nearly twice their age than their classmates. However, as such a person grows up, they must learn to adapt to their environment and develop interests that would allow them to step out of their comfort zone and experience the world to the fullest.

It has been proven repeatedly through research that intellects search for evolutionary novelty – in other words, they seek new experiences and ideas to analyze and understand them. They are more open to new experiences than the average person might be. In some cases, this might lead to a desire to try out the socially ‘forbidden’ experiences and ideas, such as the intake of drugs and other intoxicants.

Counter-intuitively, exceptionally brilliant minds run a greater risk of becoming junkies than your average Joe, who would be more cautious in such a situation. A visit to the campus of any of the most prestigious universities in the country would confirm this hypothesis. The best and the brightest are also the most experimental in the narcotics department.

Intellectual people are most likely to be socially liberal, politically socialist, or communist. Since the beginning of trade-based transactions in human history, markets have always been ruled by the ‘market mechanism.’

Capitalism is just how we rolled until Marx came along, with his new ideas about state-controlled economies and classless societies. Historically, it made sense to abide by the general rules of society and not get offed by the kangaroo courts. As such, in their search for novelty, the gifted are more likely to lean towards a more liberal and libertarian worldview, to a greater or lesser extent.

5) They are Night Owls

Our scholarly thinkers took “burning the midnight oil” too seriously. Research shows that the geniuses out there are more likely to be night owls than early birds. This leads back to the question of evolutionary novelty.

As humans have been creatures of the daylight since time immemorial, the gifted are irresistibly drawn towards the night – simply because it’s the road not taken by most others. Intellects experience a peak in energy levels after dark and are more likely to be natural insomniacs than the general population.

Historically, men have had a more significant biological impetus to have multiple partners for tremendous reproductive success. In this context, monogamy is an evolutionary novelty for men, as it limits their opportunities to procreate – one of the most fundamental biological urges. So the next time someone teases you for not flirting with every girl within eyesight, tell them you’re more intelligent than the rest!

While religious belief precludes intelligence, and some of the bright people in history have also been the ones with the most incredible faith, it is a statistical fact that gifted people are more likely to be atheists and agnostics than the general population. It results from an intelligent person’s ongoing curiosity and inquisitiveness, which compels them to consistently question all belief systems and find the logical inconsistencies in matters of faith and religion.

However, it is essential to note that faith and spirituality should not be conflated. It is possible to be deeply spiritual without holding any religious beliefs and vice versa.

8) They can have Bizarre Hobbies

Can you guess what Einstein’s hobby was? Contrary to popular belief, he did not read research papers for fun or solve complex mathematical equations to relax after a hard day’s work. Instead, the greatest theoretical physicist of modern times loved to sail! He would also stick out his tongue during photo shoots and engage in other assorted activities of incredible weirdness that would make the average man believe he was quite a spoiler. Hell, have you seen his hair? The man needed hair straighteners more than he needed relativity!

9) They are usually the Eldest Child

Research suggests that any couple’s oldest child has more than a slight advantage in the I.Q. Department other. This may be simply because parents have more time and energy to spare for the first child’s intellectual development than for the subsequent children, who might get the short end of the stick when it comes to parental attention during the first few years of development.

Of course, this is far from being the case for everyone, and a younger sibling can outwit the older one at every turn!

10) They can deduce patterns

A genius can see patterns where most people see sheer randomness. One of the most excellent hallmarks of brilliant minds is a heightened ability to see connections and patterns among seemingly unrelated objects and ideas.

Some of the most significant discoveries in human history have been made by deducing universal laws from isolated incidents – Newton’s discovery of gravity laws due to the falling of an apple being only one example. Finding generalities, in particular, is how we progress in almost any field of study or research.

All this being said, is I.Q. a conclusive indicator of success or even happiness in life? While being a genius can undoubtedly be an advantage in life, dedication and hard work are the only things that can help a person to reach their full potential. There are no shortcuts to success, after all! Even an intellectual person might waste all his potential and live a life of frustration and ignominy without proper guidance.