Racquet sports have been around for centuries and are a popular choice of sports around the globe, that have gained a very strong following over time and are played by a large number of people around the globe.

These games involve using the entire body and are a favorite when it comes to exercise as they are capable of giving a full-body cardio workout too.

In this article, we’re going to discuss the differences between squash vs racquetball.

Among the most well-liked racquet sports, Racquetball and squash are two sports that are often linked together given their similarities.

Those familiar with racquetball and squash would know how the two are distinguishable from each other.

However, since the two sports have quite a few similarities, to the untaught eyes, they may look like the same sport since both involve the usage of racquets, hollow rubber balls, and both are played on an indoor court; although racquetball can be played outdoors too.

Through this article, you will get to know just how racquetball and squash are not in fact that similar in many ways. So, let’s go ahead and dive into the differences between the two.

1) Squash vs Racquetball: The Origins

When it comes to their origins, squash is the older of the two, with its roots being traced back to the 1830s.

The squash played today is a modified version of what was played back in the 19th century in the prisons of London.

Then the schoolboys from the Harrow School in the 1830s discovered that using a hollow ball made squash harder to play as the ball ‘squashed’ when it hit the walls.

Currently, squash has gained immense popularity and is one of the top five racquet sports played around the world.

Several countries have their own modified version of the sports but the most predominantly played version remains the international one.

Racquetball is the creation of Joe Sobek, a tennis player and an American handball player who found the game to create an easy to learn, fast-paced racquet sport in the year 1950.

Originally called Paddle racket, the sport was formulated by integrating the rules of squash, handball, and paddleball.

Joe Sobek deployed continual efforts to promote racquetball. He founded the National Paddle Rackets Association(NPRA) in 1952 and the popularity of the sport surged in the 1970s.

Racquetball first gained recognition in England before further spreading to other places.

The courts are a major point of distinction between squash and racquetball, involving fundamental differences in court dimensions.

With regards to courts, squash courts are considerably more restrictive as they have designated out-of-bounds areas and service boxes.

Unlike other racquet sports such as badminton or tennis, racquetball courts do not have nets over which the ball has to be hit.

There are allocated service areas in the court, but where the ball can bounce is not restricted, as even hitting the ceiling is considered fair play.

Squash rackets most closely resemble a badminton racquet as they are longer.

A squash racket has a maximum length and width of 27 inches and 8.5 inches respectively.

Racquetball racquets fall on the shorter side in regards to length with the maximum length allowed being 22 inches, and show a close semblance to the tennis racket.

Both squash and racquetball involve playing with a hollow rubber ball but the difference lies in their size and material used.

Squash balls are smaller in size than racquetball balls, usually having a diameter of 4cm (around 39.5mm to 40.5mm).

The process of making a squash ball comprises gluing together two pieces of rubber and buffing them to a matte finish.

A squash ball is generally denser and heavier, which makes it less bouncy and hence, slower. This further allows for the ball to ‘die’ in the court corners, typically leading to smoother shots.

Different types of squash balls are used depending on a variety of factors such as the level of the player in the game, weather conditions, and so on.

The number of dots and their colors denote the speed and bounce of the ball.

Then comes the single yellow dot which is used by advanced players for its slower speed and bounce.

The double yellow dotted balls give the least bounce and speed, hence are used in professional tournaments by some of the best squash players.

Learn about a squash ball in detail here.

A racquetball ball ordinarily has a diameter of 2.25 inches (57mm) and is made from more elastic and dynamic rubber, which gives it more bounce.

This is one of the reasons why a racquetball game is commonly more fast-paced, which further implies that racquetball players are required to wear some protective gear too.

Racquetball balls are manufactured in a variety of colors. These colors are indicative of some specific properties, according to which, the ball is used for differential purposes.

For example, blue-colored racquetball balls are customarily recommended for beginners.

The reason behind this is that they are the most neutral among the others when it comes to the accuracy of contact and the average speed, and have a bounce consistency. They are usually also used for recreational purposes or practice by beginners.

Black balls are designed in such a manner that they are slower moving in comparison to their counterparts to allow for longer rallies. This is the purpose of using these black balls in tournaments for senior players.

Then there are the purple ones used specifically by advanced players, especially in international tournaments. However, they often need to be replaced after short durations due to low durability.

Here is a list of the color varieties of racquetball balls and their specific purpose and distinct points.

When it comes to scoring, squash games are played according to point-a-rally serving (PARS) to 11 points.

A squash player wins when they reach 11 points with a two-point margin and the matches are usually played as best of five.

In squash, a player only earns points when it is their turn to serve.

In a racquetball game, a player can win points irrespective of whether they are serving or receiving, unlike squash.

The winner in racquetball is chosen based on the best of three and the first player to reach 15 points wins.

A tie-breaking game is played when needed in both sports.

When it comes to serving in a squash game, the player is not allowed do-overs in case of faulty service.

The player can play the serve before it bounces, implying that the player can hit the ball while it’s in the air, and the ball is supposed to land in the service box after it strikes the front wall above the tin line, and below the service line.

Racquetball allows a player to redo a service in case it’s faulty. Additionally, the ball can strike any part of the wall, including the ceiling as well.

Also, the player isn’t required to stand in any particular place to serve so long as they stand behind the service line.

For the ball to be in play and be received by the opponent, it should strike the front wall and bounce behind the short line.

The receiver should allow the ball to bounce once before playing except when it has passed the encroachment line.

Racquetball requires players to wear eye guards and gloves, especially in official tournaments but the same is not necessary for regular matches.

Squash and racquetball both provide a great exercise for the brain and the body and are popular and taxing racquet sports. Although they’re so popular, neither of them is a part of the Olympics.

To those who are only beginning to get acquainted with these two sports, and wanted to know how these two are different, hope this article helped you realize some of the differences between the two sports! 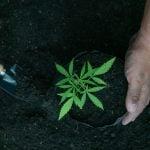 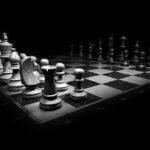 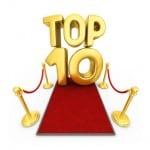 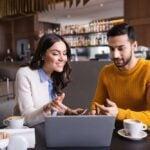 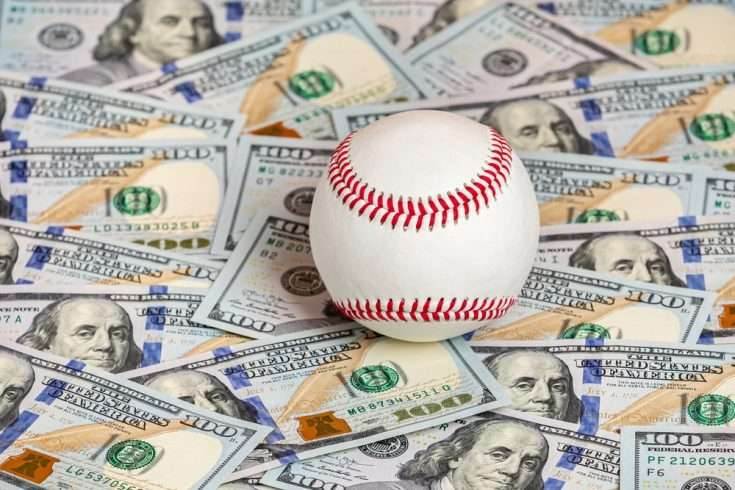 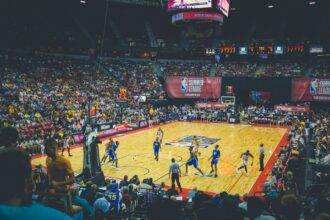 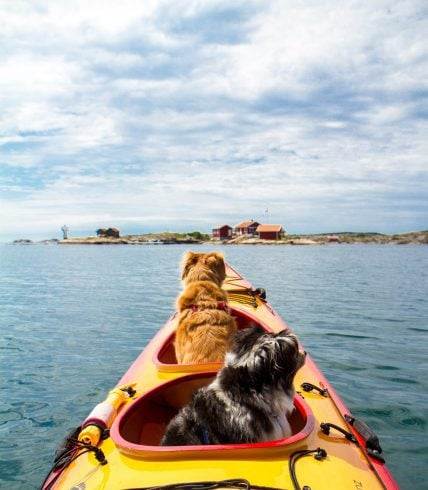