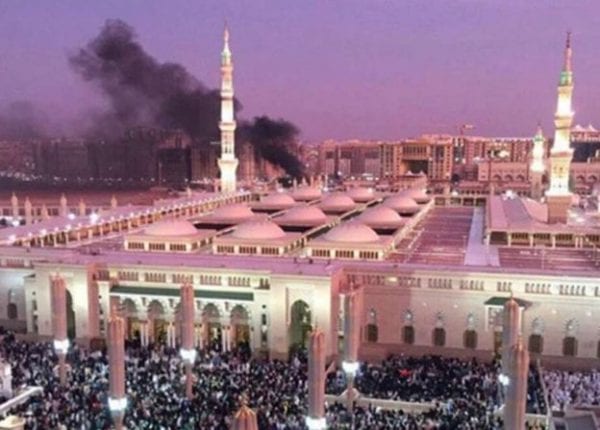 The suicide bombing caused the death of four security officers and injured five others near one of Islam’s holiest place, the Saudi city of Medina.

The bomber detonated the explosives after he was stopped outside the Prophet’s mosque. Site of the bombing

The explosion took place near a mosque, which was the burial place of Prophet Muhammad in Medina, which happens to be the holiest city of Islam after Mecca. BBC World Service’s Middle East editor, Alan Johnston, says- The fact that the attack happened in such a place is a matter of great worry and terror for all the Muslims around the world. Suspicion is naturally falling on the Islamic State.

We get a different account from Al-Arabiya. According to him the bomber had targeted the security officers by pretending that he wanted to break his fast with them. Qari Ziyaad Patel, 36, from South Africa, who was in the mosque at that time reported that at first the people had thought that it was the sound of the canon fire that marks the breaking of the fast. He also added:

“The vibrations were very strong. It sounded like a building imploded.”

Why are these attacks happening during Ramadan?

Ramadan, traditionally viewed as the most holy and spiritual month for the Islams, a time when the Muslims follow the path of penance and temperance. It is a time when mosques are full of people, offering their worship and seeking divine mercy and blessings. Apart from that the radicals regard this time as the month of conquest and plunder. As there is a crowd available during this time it is an opportune moment for them to make war against civilization and manage to get more lives than the normal. The Ramadan is giving these violent extremists to wreck larger havoc over human civilization.