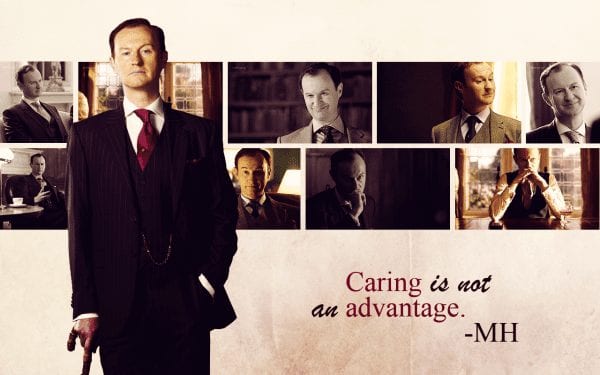 ‘The Abominable Bride’, the BBC Sherlock Christmas-special episode, was perhaps one of the more emotionally charged episodes. 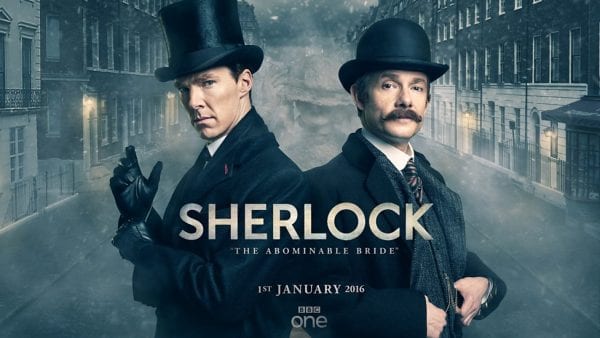 In classic Gatiss and Moffat style, this instalment’s subtle symbolism and the multi-layered script could probably fill an encyclopedia.

As we eventually find out, the entire episode actually takes place in Sherlock’s ‘Mind Palace’, a memory technique shared by the Holmes brothers that was further enhanced by Sherlock’s recreational drug usage.

In an attempt to understand how Moriarty could have survived a direct shot to the head, Sherlock’s brain takes him back to the 19th century, where another case similar to this one had taken place, a dead woman seeming to rise from the grave to take revenge upon her husband. While trying to solve that confusing historical puzzle in his mind, Sherlock was also subconsciously trying to sort out his present-day dilemma relating to one dead criminal mastermind. 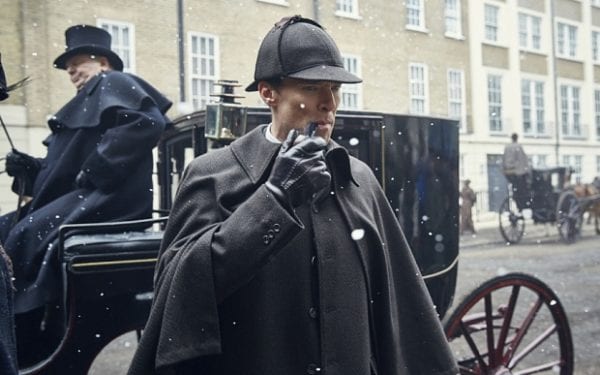 The 19th-century world, spawned by Sherlock’s mind, is naturally also populated by many of Sherlock’s present-day acquaintances living Victorian lives.

We have Mrs Hudson as the huffy old landlady upset at being used as a mere prop in Dr Watson’s stories. Dr Watson himself, a newly returned veteran of the anachronistic ‘Afghan Campaign’, married the passionate suffragist Mary. We also meet Molly Hooper dressed up as a young lad to ‘get ahead in a man’s world’, in the words of Dr Watson.

And last but not least, we are confronted with the ridiculously overweight but still breathtakingly sharp Mycroft Holmes. Mycroft’s obesity was a subtle homage to the original Arthur Conan Doyle canon, wherein the elder Holmes brother really was noticeably overweight and exceptionally lethargic. It was also a subtle crack at Sherlock’s subconscious image of his brother as a fat oaf, harking back to Mycroft’s repeated attempts to lose weight in the earlier seasons.

However, Mycroft’s wager with his brother about his own impending death also seemed to have some greater significance in the context of the present narrative. His blithe allusions to his own mortality certainly seemed to fluster the doctor, and perhaps many viewers as well; yet in Sherlock’s subconscious, the dream-Mycroft rationally points out to him several tell-tale signs of his failing health, which might be indicative of some severe illness.

“As ever, you see but do not observe. Note the discolouration of the whites of my eyes, the visible rings of fat around the cornea.”

Could it be that these were not just drug-induced hallucinations but actual symptoms of illness that Sherlock had unconsciously observed in his elder brother but was yet to process rationally? Hence, his mind was giving him clues about a mystery that he was yet to solve. Initially, I was inclined to believe that Mycroft waiting for his own death in the Victorian dream was just an allusion to Emilia Ricoletti’s similar situation, where she decided to make good use of her fatal illness by launching an underground suffragist movement. And perhaps that allusion still stands, with a dying Mycroft trying to prepare his little brother for life without him by setting things in order. 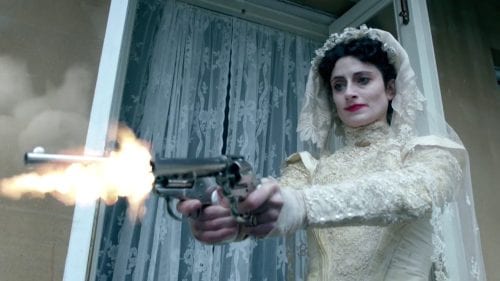 However, my belief that the episode was being used as a means to foreshadow the elder Holmes’ future death was further strengthened by Mycroft’s uncharacteristically emotional behaviour on the jet: telling Sherlock that he would always be there for him while at the same time all but begging his brother for a promise never to use drugs again. Then, when Sherlock refuses to oblige, he almost pleads Doctor Watson to ‘look after him, please’.

Mycroft Holmes is not a man given to bursts of sentiment, and the moments on the jet with his brother did seem uncharacteristically poignant for a man such as him. Could it be that what we saw in ‘The Abominable Bride’ was just the quiet before the storm?

Well, these are my theories anyway. And in a way, I sincerely hope that I am wrong. After all, Mycroft Holmes is one of my favourite characters in the series, and to use Mr Holmes’ own words – his death would break my heart!

What do you guys think?

Is Mycroft gonna die, or is this just another one of the series’ famous red-herrings, such as setting Mycroft up as Moriarty in the very first episode? Do let us know in the comments below.