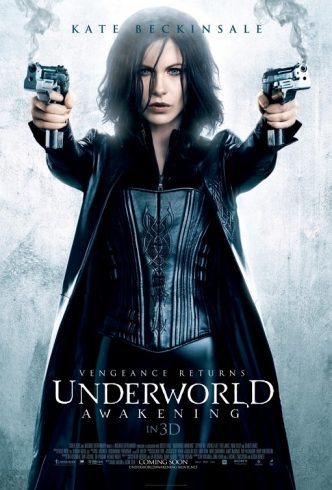 Since the publication of Dracula, the classic vampire story, by Bram Stoker in 1897, Western culture has had a fascination with vampires. However, vampires—supernatural beings whose longevity necessitates the use of blood—have emerged in diverse forms in the mythology of many countries.

There’s something universally horrifying about vampires stalking their prey at night (and occasionally converting their victims to vampires, too), so it’s no surprise that the horror genre is awash in vampire films (many of which are partly based on Stoker’s novel). The best films, on the other hand, defy the vampire sub-norms, and genres as the creature lend themselves to a variety of interpretations. Here is the list of the Top 10 Greatest Vampire Movies Ever made.

Classic Vampire Movies For You To Watch

Bram Stoker’s Dracula (1992), directed by Francis Ford Coppola, is an American Film. The story is inspired by the novel ‘Dracula’ written by Bram Stoker. Though Keanu Reeves’s performance as Jonathan Harker was severely criticized, Dracula was a box office hit and gained positive reviews from most critics.

Vlad Dracula has just returned from his victory against the Turks only to find out that his wife, Elisabeta, has received a false report of his death, which became the reason for her suicide. He waits for four centuries to finally meet the spirit of Elisabeta in Mina (one of the women he tried to turn into a vampire). He angrily resigned his fate from God and committed himself to drink the blood of human beings.

Nosferatu (1922), directed by F.W. Murnau, is a silent German film masterpiece and one of the spookiest vampire movies. The story was an unauthorized adaptation of the novel Dracula written by Bram Stoker. The only change you will find is the change in the main plot and the characters’ names. As a result, Stoker’s widow went to court, demanding the film be destroyed (but in vain).

Jonathan Harker visits Count Dracula, a vampire, to sell him a house in Varna. Court Dracula sees Jonathan’s wife’s photograph and gets excited to visit Varna to meet her (only to bring death and trouble with him).

Underworld (2003-present), directed by Len Wiseman, Patrick Tatopoulos, Mans Marlind, and Bjorn Stein, is a series of four films and is one of the best series of vampire movies. The fifth one is set to be released next year with the title Underworld: Next Generation. The story of the series is based on the conflict between Vampires and Werewolves.

Underworld’s story is about Selene (a vampire and a death dealer) who is planning to kill all the Lycans (Werewolves) because he thinks that Lycans are planning to destroy the Vampire Elders.

Underworld: Evolution, shows how Selene and Michael plan to return to Marcus (the eldest Vampire left) and find out that Marcus is trying to free his imprisoned brother, who is the most violent Werewolf.

Underworld: Rise of Lycans (2009), shows mainly the events and origins which lead to the conflict between Vampires and the Werewolves.

Underworld: Awakening (2012), shows how humans came to know about the existence of Vampires and Werewolves and how they are planning to eradicate them.

Let the right one in (2008), directed by Tomas Alfredson, is a Swedish film; and is one of the most graphic vampire movies. The story is based on the novel written by John Ajvide Lindquist with the same title.

Oskar is a 12-year-old boy whose classmates are bullying him, and he plans an act of revenge. Then one night, he meets Eli (his neighbor and a vampire) and becomes her friend.

Daybreakers (2009), directed and written by Michael and Peter Spierig, is an Australian sci-fi film.

The film takes place in the futuristic world (in 2019), where the vast majority of the world’s population has been turned into vampires. It is one of those vampire movies that will make you realize the expectations the older generation had for this world.

Only 5% of the human race has remained because of a plague caused by an infected vampire bat. Vampires are now dominating the world. Due to the lack of blood supply, these vampires attack anyone or anything for their survival.

Interview with the vampire (1994), directed by Neil Jordan, is an American film. This is one of the best adaptations of a book into vampire movies. The film’s story is based on the novel written by Anne Rice with the same title. Brad Pitt plays the protagonist’s role, and Tom Cruise plays the role of the antagonist. The story will provide you with enough information about vampires as presented from the point of view.

The film starts with a reporter interviewing Louis de Pointe du Lac, who has claimed that he is a vampire. He explains how he was turned into a vampire by Lestat de Lioncourt. And how Lestat trained him to live the life of a vampire.

Fright Night (1985), written and directed by Tom Holland, is an American film.

The story is about a teenager Charley Brewster who loves to watch horror movies till late at night. One day, he is enlightened by the thought that his neighbor, Jerry Dandrige, is a vampire and responsible for many recent deaths. He confronts everyone about it, but no one believes him, and at last, he decides to get Peter Vincent, who has acted in the film as a vampire hunter. The storyline is one of the best seen so far in vampire movies.

The Hunger (1983), directed by Tony Scott, is a British film. The film is inspired by a novel written by Whitley Strieber with the same title. The story is based on a love triangle between a couple (vampires) and a doctor.

Egyptian vampire Miriam subsists on her lover’s blood with the promise that they won’t age, and John is one of them. They believed that they could possess eternal youth by feeding upon the human victims. But soon, John starts aging rapidly (approximately 200 years after becoming a vampire).

He approaches Dr. Sarah Roberts, who specializes in this field and is his last hope for him. Sarah and Miriam come across each other; they feel attracted to each other, and then Sarah becomes just another victim to him.

A young woman undergoes an experimental plastic surgery operation due to an injury that leads her to develop an orifice just under her armpits. The surgery makes her bloodthirsty, and she starts to feed upon others’ blood and spreads a citywide disease. This is one of the most interesting vampire movies you can binge on at any time.

Blood for Dracula (1974) is without a doubt one of the best vampire movies made. It was written and directed by Paul Morrissey, an Italian-French film.

The story is about Count Dracula, a vampire dying of thirst because he can only drink virgin blood to survive. He will die if he fails to drink a pure virgin’s blood. He travels from Transylvania to Italy in search of a virgin. Finally, after arriving in Italy, he finds Marchese di Fiore with four daughters (two of them are virgins).

And Fiore desperately wants to marry off his daughters. Dracula successfully turns the eldest daughter into a vampire to regain his powers.