She sat there alone, staring at the horizon, wishing she could touch it, feel it. Suddenly, something diverted her attention-a little boy playing alone in the park, on the grass, wet and sparkling after the rain. She liked watching him play. He sort of defined life, for the moment, for her. He laughed, jumped, ran around – carefree. The company was not a necessity to him yet. Emotions flowed, unrestricted. She blinked; tears blurred out her vision, but it felt better. She could smile.

The boy was her hope. A hope that if life was like this child, then she will never care for company. She could be alone yet be happy.  No one around her meant no one to stab her emotions. She let out a sigh. She wanted friends too, and she loved people. Alone was a dread but what she dreaded more was the dark that lay in their lies. The darkness was not something she could deal with. Broken things repelled her, broken hearts the most.

The boy was oblivious of her existence. He suddenly looked up. Saw her. His smile broadened. She smiled back. The sting tore, her thoughts scrambled. His smile felt so good. It felt like someone had added a brighter shade to his vibrance. The puzzle enthralled her. But she couldn’t ponder too long over it. The boy was still playing but occasionally looked at her – her thoughts jumbled every single time. 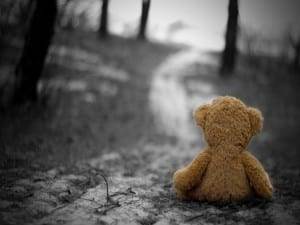 Her life had never complicated itself. Sane beings never like complications, and she wasn’t an exception. But strings do get tangled now and then. Patience, she thought, was the only key to untangle the mess. Time heals all wounds, they told her. A decade had passed.

She was calm, patiently waiting, trying to untangle the knots. The darkness, she saw it all. It wasn’t just patience. She didn’t find the key. She dreaded it. The darkness was still there. She had been coming to these grounds for a decade. Trying to reach the horizon. Someday she would. She knew. 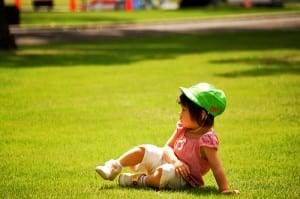 The boy walked up to her. Tugged her to play. She went blank. She had given up on feelings long ago.

Holding his hands, running barefoot.  She felt the knots untangling.  A decade-long string of thoughts lay there scattered, scrambled. She thought she could see the light. The light that probably could wash away her darkness. The darkness that she thought would consume her.

She came here today to walk to the horizon. Just when the sun had set, the orange hue turned a darker tone. Right then, she walked to the horizon, felt it for the first time. Then absolved into the soft light. Her only way to be free was that she thought.

But there was still a glitch—the key. Someone had unlocked the door. But she wouldn’t know the key if she were to unlock such a hurdle again. The glitch prevented her from breathing.

The boy was overjoyed. He ran around merrily, jumped, and then in a blink of an eye, hurt himself. She rushed towards the boy to help him. He was crying, he had hurt his knees, and some minor bruises were on his elbow. She hugged him. She went mad with panic. She kissed his wounds again and again, and the boy kissed her back. His tears had dried. He now smiled a broad smile.

She rocked him lovingly. She had the key now.

The dark she dreaded, now dare not come close. All she had now was: love. 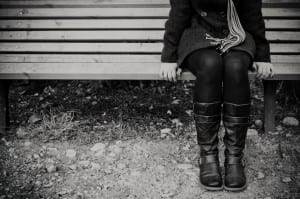