The Evolution Of Memes

If you’re between the age of 13-25 and are not aware of what memes are, you’re quite out of touch with this world.

The word meme was originally coined by Richard Dawkins in his book The Selfish Gene, published in 1976. The book was an attempt to explain how information about particular culture spread around the world – a fact which became easier with the advancement of the internet, hence the term internet meme. Memes were originally a way of spreading ideas.

Memes started with the dancing baby in 1996 and from then on, have become an integral part of the net, almost a part of it’s definition as memes spread or replicate ideas and that is exactly what the internet is for.

Typically, they always contain text in the Impact font which is placed at the top and bottom and ob top of the picture. There are a set of pictures, the meanings of which may evolve over time. Memes circulate via evolution, parody or humorous imitations. They usually contain references to pop culture, parodies of current news and now even contain nihilist themes.

Many people believe meme to cat pictures with references, or some late news caricatured into something else, but this is only what Dawkins would consider a successful meme. A successful meme is one which has been so widely replicated that people no longer consider it a historical or cultural event.

Memes are not always one thinks they are. They evolve following no particular trend, hence making predictions for the future exceedingly hard.  Contrary to memes, there is also the seme – which does not conform to any particular standard but can multiple of meanings depending on what context it is used in. And as is expected, people often confuse memes and semes as they later term is not well known. Semes could have several meaning at once as well, or they context of their meanings can change over time with changes in culture. 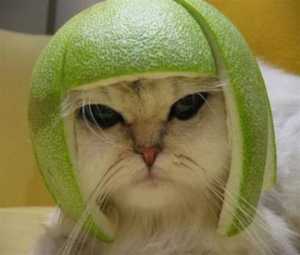 The “lime cat” is considered a successful seme (Yes, we know you thought it was a “meem”) because depending on the text; it can have a wide range of contextual meanings.

The history of memes is not just looking at cat pictures on the internet but an actual subject intertwined with faiths and beliefs. There are several books written on the subject including A Concise Book Of Meme History and more.

8 Best Leadership Books To Invoke The Leader In You

5 Genres Everyone Should Read Once: Books For Life