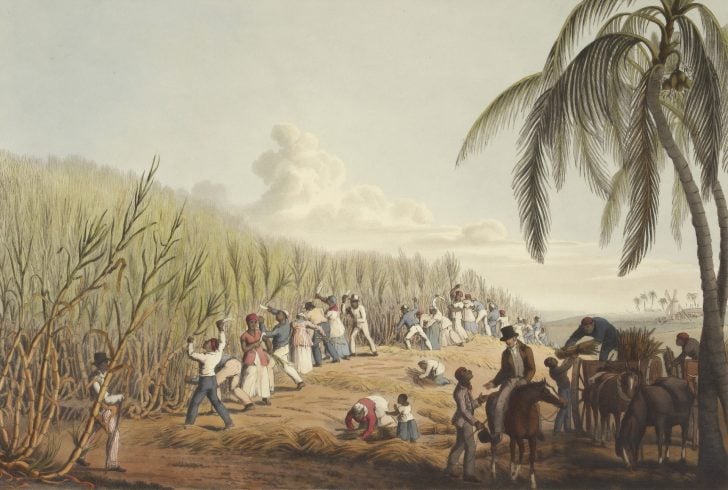 Imagine you had an old and rusty bucket, and you had to toss in it whatever you know are popularly labeled as ‘things of the past’. Technological backwardness, extreme traditions, communication gaps, etc. would be a few things one would deem as issues that have been dealt with long in the past.

It would be close to impossible to fathom an alternate world in which all these numerous backward customs still lingered on and hindered our freedom to live.

Now before you think that Paradise is near, we all have to keep in mind that such a particularly ruthless institution is still acknowledged, rather, entertained by a collective malice worldwide. Slavery is that abominable existing remnant of that era of human civilization, which we should all pretend never existed.

Imagine a childhood, which did not become a childhood at all. Imagine a 7-year old budding footballer, who has to tug around a cartload of bricks throughout the day to support his ailing family.

Imagine a little girl, who became a mother all too soon. Imagine the success stories there will never be, the grand weddings that will never happen, the millions of weakening eyes that will never see broad daylight, the countless dreams that will remain immaterial. The possible scenarios that come to life when trying to unravel the implications of slavery, are enough to shudder the cheer out of you.

Human trafficking and forced labor are just a few of the facades that modern-day slavery adorns. 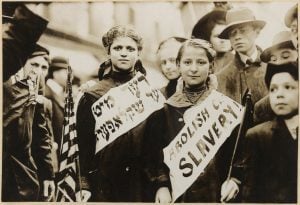 There are an estimated 28 million people trapped in some form of slavery today, i.e., around 0.5% of the world human population. But due to its illegality, it is nearly impossible to collate the actual number of people affected.

Like the Devil, slavery is called today by different names and has taken many a facade, from women forced into prostitution, to child slavery in agriculture supply chains or whole families working for nothing to pay off generational debts.

‘Human trafficking’ and ‘Modern-day slavery’ are two of them. Nevertheless, the essence or the core of it remains ironically “untainted” by the modern influence. Slavery thrives on every continent and in almost every country.

Mauritania, being the last country to have abolished slavery in the world, still clings onto the malice.

Mauritania is a country whose customs are deep-rooted in slavery, and for the same reason it was the last country to abolish the institution, in 1981. Before Mbeirika could relish her newfound freedom, she was pushed into judicial custody, because she seemed “heavily pregnant” at the time of testimony and by written mandate, she needed to be stoned to death.

Plainly put, the slave-owners intended to deliver a message to any girl who even dreamed of being free of shackles. The message was clear: “If you leave your slave-owner with your children and try to seek justice, not only will we not assist and protect you, we will also charge you for the ‘crime’ of extramarital sex.”

But soon enough, with the timely intervention of the CNN Freedom Project, a venture which seeks to eradicate modern-day slavery, Charges against Mbeirika Mint M’bareck have been dropped and the young woman is now living free from judicial custody.

The kidney-bank of Nepal – Kavre, proves testimony to the overwhelming presence of the human organ-trafficking network.

We needn’t go all the way to the African continent to prove testimony to the illicit institution, it’s there for us to see right next door. In a village called Kavre in Kathmandu, a run-of-the-mill farmer named Pariyar now lives with his struggling family of three and a missing kidney. 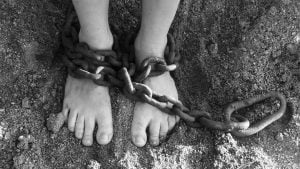 Three years ago, he was approached by a well-dressed out-of-towner during his casual visit to Kathmandu, who explained to him that he would pay Pariyar a whopping thirty lacs for removing a “piece of meat” from his body and that it would actually grow back again, “like a mango in the tree”.

More than convinced by his smooth talk, Pariyar agreed to push forward with it and was soon called over to Chennai, where one of his kidneys was removed from the body. He reached home a week later, with a kidney less and a meager wad of twenty thousand rupees.

The black market for kidneys is stronger than it has ever been. Pariyar is just one of the three hundred men presiding in Kavre who has been conned into the promise of a prosperous future, only to be deprived of their kidneys.

As a result, over the past decade Kavre has gained the unfortunate reputation of ‘the kidney bank of Nepal’. Human organ trafficking is a variant of modern-day slavery that has constantly found loopholes in the judiciary systems of countries worldwide.

Dozens of organizations vowing to eradicate the slavery off the face of the earth are still humbled by the well-funded human trafficking cartels. 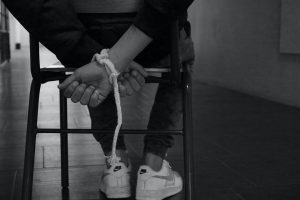 So where are we in the midst of eradicating slavery? It can be described to be as more than a bit of a challenge because believe it or not, the chain of malice always leads to the elite few who stay veiled behind the shadows of bureaucracy.

Yet light always seeks to shine through, with the aid of various organizations such as UNGIFT (Global Initiative to Fight human Trafficking), CNN (The Freedom Project), EDOF (Essam & Dalal Obaid Foundation), National Underground Railroad Freedom Center, and dozens more, human trafficking rings such as those in Colombia, have been brought down to shackles.

African-American social reformer and abolitionist quoted “They would not call it slavery but some other name. Slavery has been fruitful in giving herself names…and it will call itself by yet another name; and you and I and all of us had better wait and see what new form this old monster will assume, in what new skin this old snake will come forth.”

To tackle modern-day slavery and help those 28 million people find freedom, we must then unveil and demolish the ‘new forms’ this old monster has assumed.