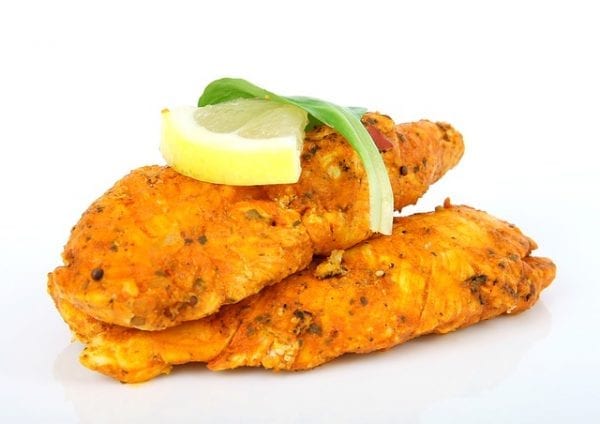 The National Dish Of UK Is Nothing Else But Chicken Tikka Masala: The humble chicken tikka masala has, since 2001, been the national dish of the UK after being accounced by Robin Cook- then Foreign Secretary of England. This should not come as a surprise to anyone since England has been home to more than a million Indians since the late 19th century and many more after Independence in 1947.

The national dish, however, had to face steep competition from fellow Asian dishes from China, Japan, Thailand etc. In the end though it was the humble chicken which won out as the national dish of UK beating stiff competition from other more “exotic” and delectable dishes from other countries. Even England’s traditional dishes like pies and scallions, fish&chips and other such truly native english items lost out to the chicken tikka masala.

Is The Indian Chicken Tikka Masala Similar To The National Dish Of UK?

There are mixed reviews about this question since most believe that the national dish of UK or at least the version of it that is available in the UK is not nearly as good enough as the original found and sold all over India. To most food critic who have had the opportunity to taste both, the majority has said that the national dish of UK is blander and lacks the depth and intricacy of flavor usually found across India.

One reason for that can be the difference in cooking and changing of recipes to suit different tastes in the UK. There appear many different ways to cook a particular food item when it travels so far from its place of origin and that is exactly what happened to chicken tikka masala in the UK.

The origin of the dish is very vague in spite of its popularity and great appreciation it has received from Indians all over the world and within the country. The only item which can ever come close to the popularity is the Biriyani. Both of these dishes have a strong North-Indian character to it, with the incorporation of strong spices and elaborate methods involving roasting and cooking of meat, the national dish of UK has kept the appetite of almost the entire country within its grasp.

Such an extravagant claim can be too much to believe for those who don’t belong from the region and have tasted almost similar recipes of the dish from every place where it is commercially sold.

The national dish of UK got to England through Sikh and other North-Indian immigrants making a journey to the country in search for better living or simply to study. Initially, the Punjabi community, who came and started settling in UK post world war two, started opening restaurants in the small societies they lived in.

However, eventually, the dish came to the forefront with the economic boom of the ’70s and ’90s where segregation, as it was followed before, became much less and Indian food was accepted by the larger English mass as a go-to option.

The ingredients usually used in a typical chicken tikka masala are- a whole chicken thigh or breast, hung yogurt, a mixture of Indian spices like Garam Masala, cumin, coriander, turmeric, Kashmiri chilies dried or paste. It is traditionally cooked over a tandoor on an iron hook which fries the chicken and makes it so delicious.