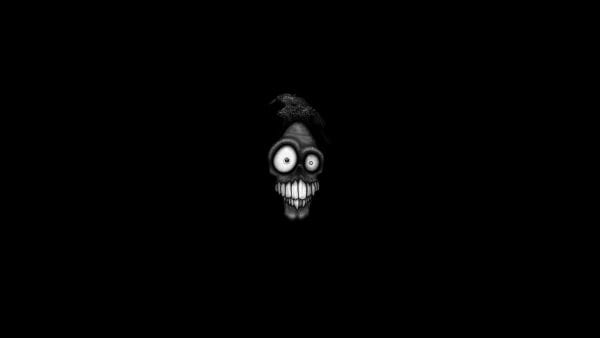 Are you looking for Poems on Dark Humor? Then, all aboard my friend because this train’s only destination is the Dark Humor station and all about it.

Before we directly dive into poems on Dark Humor, let’s take a minute or two to understand what Dark Humour exactly is. So, that you can comprehend these dark yet strikingly beautiful Poems on Dark Humor.

What is Dark Humor?

Dark Humor, or also commonly known as Black Humor is the most used literary device in literature. This particular literary device is employed when the author tends to discuss subjects that are not usually talked about in society. Basically, the subjects that are tabooed in our society. There exist various definitions describing what dark humor is, but the basic one is to put forth a taboo subject in a very subtle way.

As far as I could understand, the intention of a Dark Humor writer or the poems on dark humor not only to explore serious issues but to make its spectators question. And force them to ponder upon these serious questions. There are sometimes variations in dark humor as some of the writers add an element of comic relief just to present serious issues in a non-serious way.

Since the origin of literature poetry has been and become a very powerful weapon which used for making the masses aware of these painful and gruesome acts in context to the Black Humor.

These famous Dark Humor rhymes in this article are just a few of the chosen ones from a plethora of dark humor poems available. Some of them are long, while some are crisp ad short-funny poems dealing with gruesome subjects which are quite disturbing. As they range from has some disturbing apocalyptic nursery poems to the subjects of death and the end of the entire humankind.

I hope you enjoy reading the article on Poems on Dark Humor! 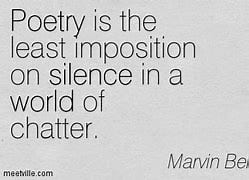 1. Do you remember the – By Charles Baudelaire

“Do you remember the sight we saw, my soul,

round a turning in the path,

the disgusting carcass on a bed scattered with stones,

its legs in the air like a woman in need

I could hear it clearly flowing with a long murmuring sound,

but I touch my body in vain to find the wound.

I am the vampire of my own heart,

one of the great outcasts condemned to eternal laughter

who can no longer smile?

Contents
What is Dark Humor?1. Do you remember the – By Charles Baudelaire2. I Know Why the Caged Bird Sings- Maya Angelou3. Nothing but Death – By Pablo Neruda4. Hickory Dickory Dock- Alicia Vannoy5. A Challenge to The Dark -by Charles Bukowski6. We Grow Accustomed to The Dark – by Emily Dickinson7. Off to School- By Paula Goldsmith8. Goblin Market- By Christina Rossetti9.  Jack and Jill- By Alicia Vannoy10. Little boy blue- Alicia Vannoy11. A Hymn to Childhood- By Li-Young Lee12. Twinkle Twinkle- Alicia Vannoy

2. I Know Why the Caged Bird Sings- Maya Angelou

on the back of the wind

till the current ends

and dips his wings

in the orange sun rays

and dares to claim the sky.

But a bird that stalks

down his narrow cage

can seldom see through

his bars of rage

his wings are clipped and

his feet are tied

so, he opens his throat to sing.

of the things unknown

but longed for still

and his tune is heard

on the distant hill for the caged bird

The free bird thinks of another breeze

and the trade winds soft through the sighing trees

and the fat worms waiting on a dawn-bright lawn

and he names the sky his own.

But a caged bird stands on the grave of dreams

his shadow shouts on a nightmare scream

his wings are clipped and his feet are tied

so, he opens his throat to sing

with a fearful trill

but longed for still

and his tune is heard

on the distant hill

for the caged bird

3. Nothing but Death – By Pablo Neruda

“There are cemeteries that are lonely,

graves full of bones that do not make a sound,

the heart moving through a tunnel,

as though we were drowning inside our hearts,

as though we lived falling out of the skin into the soul.

And there are corpses,

feet made of cold and sticky clay,

death is inside the bones,

growing in the damp air like tears of rain.

embarking with the pale dead, with women that have dead hair,

with bakers who are as white as angels,

caskets sailing up the vertical river of the dead,

the river of dark purple,

moving upstream with sails filled out by the sound of death,

filled by the sound of death which is silence.

Death arrives among all that sound

comes and knocks, using a ring with no stone in it, with no

comes and shouts with no mouth, with no tongue, with no

Nevertheless, its steps can be heard

and its clothing makes a hushed sound, like a tree.

I’m not sure, I understand only a little, I can hardly see,

but it seems to me that its singing has the Color of damp violets,

of violets that are at home in the earth,

because the face of death is green,

and the look death gives is green,

with the penetrating dampness of a violet leaf

and the somber Color of embittered winter.

But death also goes through the world dressed as a broom,

death is inside the broom,

the broom is the tongue of death looking for corpses,

it is the needle of death looking for thread.

Death is inside the folding cots:

it spends its life sleeping on the slow mattresses,

in the black blankets, and suddenly breathes out:

it blows out a mournful sound that swells the sheets,

and the beds go sailing toward a port

Mankind Is on the Clock

I greatly fear that End is Near

5. A Challenge to The Dark -by Charles Bukowski

“Shot in the eye

Shot in the brain

Amazing how death wins hands down

Amazing how much credence is given to idiot forms of life

Amazing how laughter has been drowned out

Amazing how viciousness is such a constant

I must soon declare my own war on their war

I must hold to my last piece of ground

My life, not their death

My death, not their death…”

6. We Grow Accustomed to The Dark – by Emily Dickinson

“We grow accustomed to the Dark –

When light is put away –

As when the neighbour holds the Lamp

To witness her Goodbye

A Moment – We uncertain step

For newness of the night –

Then – fit our Vision to the Dark –

And meet the Road – erect –

Those Evenings of the Brain –

The Bravest – grope a little –

And sometimes hit a Tree

Directly in the Forehead –

But as they learn to see –

Either the Darkness alters –

Or something in the sight

Adjusts itself to Midnight –

7. Off to School- By Paula Goldsmith

Off to school, we must go,

I really want to say no,

Off to learn reading and arithmetic,

I sure hope the day goes by quick,

now home to read about Rome.

Daddy help me with my math,

I need to hurry so I can get a bath,

Off to dreamland I now will roam.”

Morns that pass by,

Our grapes fresh from the vine,

Taste them and try:

Figs to fill your mouth,

Citrons from the South,

Sweet to tongue and sound to eye;

Related: The poem is a bit longish than usual poems, please read the full poem here.

On number 8th in our list of poems on dark humor is Rossetti’s, Goblin Market. The poem though written in very sing-song quality tricks the readers to believe that it’s just some nursery rhyme. However, the scene with the goblins greatly similar to the rape scene which is extremely gruesome to exist in child poetry.

9.  Jack and Jill- By Alicia Vannoy 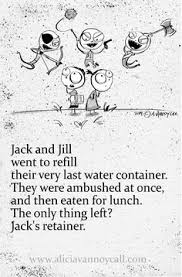 They were ambushed at once,

And then eaten for lunch.

The only thing left?

Parody of the famous Jack and Jill nursery rhyme is put under the banner of apocalyptic nursery rhymes which talks about cannibalism the sole reason to include in the poems on dark humor.

The Zombies are coming,

The town must be warned

Where is the boy meant to sound,

When you’re missing an arm.”

11. A Hymn to Childhood- By Li-Young Lee

The one that didn’t last?

The one in which you learned to be afraid

of the boarded-up well in the backyard

and the ladder to the attic?

The one presided over by armed men

strolling the streets and alleys,

while loudspeakers declared a new era,

and the house around you grew bigger,

the rooms farther apart, with more and more

The photographs whispered to each other

from their frames in the hallway.

The cooking pots said your name

each time you walked past the kitchen.

And you pretended to be dead with your sister

in games of rescue and abandonment.

You learned to lie still so long

the world seemed a play you viewed from the muffled

safety of a wing. Look! In

turning over the furniture,

Each act opens with your mother

reading a letter that makes her weep.

Each act closes with your father fallen

into the hands of Pharaoh.

Which childhood? The one that never ends? O you,

still a child, and slow to grow.

Still talking to God and thinking the snow

falling is the sound of God listening,

and winter is the high-ceilinged house

where God measures with one eye

an ocean wave in octaves and minutes,

and counts on many fingers

all the ways a child learns to say Me.

The one from which you’ll never escape? You,

so slow to know

what you know and don’t know.

in the wind in the eaves,

story in your breathing,

grief in the heard dove at evening,

and plenitude in the unseen bird

from here and now,

hell, from here and now,

death from childhood, and both of them

How I wonder what you are.

Soon to crash the human race.

Let’s just go and live in the caves.” 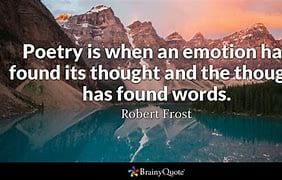 All the poems included in this article of poems on dark humor range from being funny poems to poems deal with darkness, death, and despair. The dark humor poems are written to incite people into questioning the things which are generally never talked about in society.