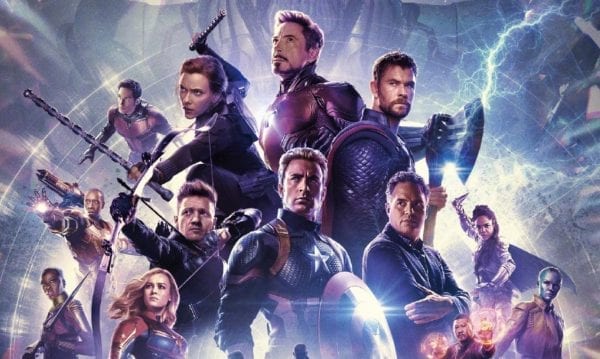 It has been a month since the release of the most awaited ‘Avengers Endgame’. And even though according to the Russo Brothers it is the end of an Era, we all still have some questions that we want answered. The fans have been brainstorming and developing various theories about what might have happened and trying to find different explanations.

Out of all the questions we would like to answered, here are the top 10. But, if you still haven’t watched the movie, turn back now, for this article is going to contain some spoilers. Don’t say I didn’t warn ya!

1. Why didn’t Natasha Romanoff get her own funeral?

Tony Stark wasn’t the only Avenger who died. Natasha sacrificed herself too and not giving her the funeral she deserved is straight up disrespect. It is a wonder there haven’t been any riots! It was really disappointing that the Avengers sitting together and Hulk throwing a bench was the only thing as close to a funeral we got! The ‘Spider-Man far from home’ trailer has shown Peter mourning Tony Stark, but still no mention of the Black widow. I hope future movies won’t disappoint us.

The war is over and Thanos is gone. The infinity stones have to be returned to their rightful places. Steve Rogers a.k.a Captain America takes up the job. He steps up on the time – machine, with the infinity stones safely tucked away in a suitcase in one hand and Thor’s Mjolnir in the other. But, alas! The Steve who comes back is not the young one, but an old Steve. And our mind explodes with millions of questions.

How did he age so much? That breaks the laws of time travel set – up by Stark, doesn’t it? Where did he get his shield from? Where did he leave Mjolnir? Did Steve somehow stayed back? If so, how did he conceal himself as being Captain America? I do not believe for once that one of the most honest Avenger would have hid in a corner, trying to hide his identity, instead of running about saving people. He couldn’t and he wouldn’t. So, what did actually happen? Will we ever know? I hope we do.

Now, while we are already turning our gears, trying to figure out what went down during Steve’s mission to return the stones. We cannot forget that the soul stone had to be returned to Vormir where Red Skull was its guard. Now, as we are already aware of Red Skull and Cap’s history, I cannot help what wonder how did their encounter with each other went. And at this moment a series or even the movie that focuses specifically on Steve Rogers’ time travel sounds wonderful! You hear me Russo Brothers?

4. What happened to Gamora?

We all know what happened to the ‘Infinity War’ Gamora. Our sweet Mr. Thanos who loved his daughter so much, killed her! So much for loving someone. But, I am talking about the 2014 Gamora who came from the past. We saw her switch sides, as we already knew would, her reunion with Quill, that unfortunately didn’t went as he planned. And she fought Thanos. You go girl! But, what happened to her after the snap? Did she also got dusted like the rest of Thanos’ army? Or did she run off somewhere? Because the last thing we saw was Quill searching for her. Can you hear ‘Guardians of The Galaxy Volume 3’ screaming in the background?

The mischievous God snuck off, again! Three cheers for Mr. Stark’s plan! Well his plan was great, but it’s not his fault he got hit in the head with a Hulk. Give the guy a break! But, well whatever happened, Loki did succeed in stealing the tesseract and waltzing off to God knows where. The scene in itself was very funny with Stark giving himself a heart attack and then being hit by Hulk leading the tesseract to land at Loki’s feet, which he subtly picks up and runs off! The God of Mischief proves himself once again!

After the loss of ‘The Earth’s Greatest Defender’ we can only assume what little Morgan would have gone through. She lost her dad who she loved so much (3000 to be exact). And Peter just lost his third father figure. Both of the kids are in mourning and what is better than a sibling’s love? I can’t stop myself from wondering how Peter would have been as Morgan’s brother figure. He would have taken one look at her and would have been like “I couldn’t protect Mr. Stark. But, I will not let anything happen to Morgan”. My heart is going to explode!

For those of you who still haven’t figured out who the mysterious bloke at Tony’s funeral was, he was Harley Keener! Yes, the kid from Iron Man 3. We all know about Harley’s scientific knack which is quite similar to a certain spider – guy. Just imagine how great a conversation between the two would have been. Just a thought, but still worth a shot.

8. Will Tony Stark exist in the multiverse?

Saw the ‘Spider Man far from home’ trailer? Then you know what I am talking about. Wouldn’t it be amazing to see RDJ acting in another MCU movie when we thought Endgame was the last one? Going with the multiverse theory sure Tony Stark is not bound to be Iron Man. But, Mysterio is known to have come from another universe, so is there a possibility we will get another Tony Stark from another universe? I don’t want to get anyone’s hopes up, but, think about it people!

9. Why was Thanos so strong in Endgame as compared to Infinity War?

The Thanos from the past didn’t had any infinity stones. Yet, he for the Big three, i.e., Thor, Steve and Tony single-handed. How is that possible? The Titan is clearly more powerful without the stones than he was with them. In ‘Infinity War’ he almost loses the gauntlet, which would have been next to impossible because of the power surging through his body. I will blame his overconfidence. In Endgame, he knew he had to fight the Avengers himself and maybe that gave him the push to try harder. But, in the end the villain always falls and so did Thanos, strong or not.

10. What happened in Budapest?

Since the beginning of the MCU, Budapest has always found a way to creep into Hawkeye and Black Widow’s conversations. Movie by movie went by, Budapest kept popping up but we didn’t get the answer. What happened there? All we know is that there was a mission there including Clint and Natasha. But, that is not enough. We need proper answers! The announcement of the release of ‘The Black Widow’ movie is kind of a relief as we expect to find some answers there.

What other question of the Avengers Endgame do you feel is unanswered? Let us know below. 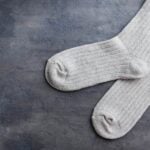 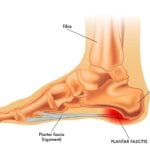