Why Does This Japanese Train Has a Stop Just for One Passenger?

A young Japanese girl studying in a high school has this privilege because the train stops at the station to bring her to school and continues to do so until graduation.

Kami-Shirataki train station is where the girl waits for the train. For the past three years, she has been the only passenger on the train at this station. The train gets her to school from her hometown and back.

The train is scheduled at the station of this small village on the northernmost island of Hokkaido at 7:04 am, and at 5:08 pm, the train comes back to this rural part of Japan. Exactly according to the girl’s need.

Three years ago, the Japan Railway (JR) had decided to close the train station because of its remote location. However, they took back their decision because the young girl is taking this train every day to go to high school. The existence of the train station is vital for her and her education.

For years, the railway station was used just by her, and the company of Japan Railway decided to continue the train until the young girl graduated. She will graduate on March 26, 2016. Then the station will be closed.

Comment on Facebook accurately describes the reason behind the decision to keep the station till the girl needs it:

“That is because every reasonable government ought to know the academic, economic, political, etc., values of a student in their country……
Japan is seeing this (individual) as a long-term investment, so they don’t see every fuel or gas burnt on that root as a waste because it will eventually double in future by her quota in the Japanese economy.”

Japan is known as a country that invests in the youth citizens to give them the best education possible and does not regret spending any money on them. This might be impossible in other countries, and very often, it is the opposite. Many countries are steadily canceling stations as well as other types of transportation that are still busy. The reason is usually of economic character and does not relate to the lack of respect for the citizens. 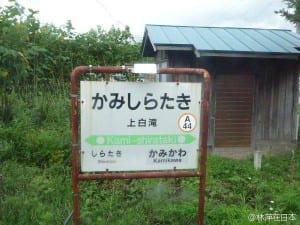 Nevertheless, another reason to support youngsters in the country, whether in cities or rural areas, is the constant aging of the Japanese population.

According to estimates, in about 40 years, this country will lose one-third of its population. This causes the closing of the schools, shrinking of the working positions, and empty housings.

Whatever is the reason for the one passenger stop of the train in this rural area of Japan, we still might admire the system for support that citizens of this Asian country enjoy. Respect that the country gives to every Japanese is doubtlessly unique.

We can only imagine what can happen, if the girl oversleeps…

Share
Facebook
Previous articleISRO- The Conjurer Of The Science World
Next articlePeople from Colombia and Saudi Arabia Feel the Happiest!

There Shall Be Showers Of Meat?

Mount McKinley Renamed To Denali Ahead Of White House Trip