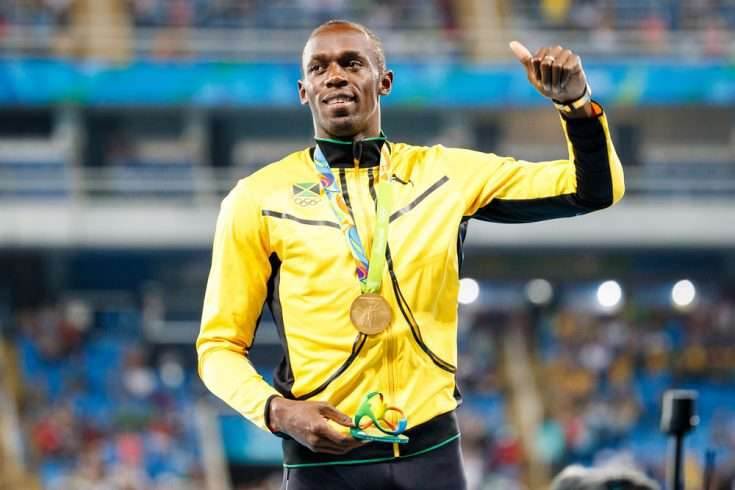 The greatest sprinter of the modern era, Usain Bolt declared his retirement plans after running his final races in World Championship in London. Last Saturday, Bolt didn’t perform well in the 100m and won a bronze Medal.

Usain Bolt has been the most celebrated and highest earning sprinter since a decade. Bolt has won gold medals in all the three Olympics Editions (2008,2012,2016) in his career in both 100m and 200m events.

Despite winning consecutive Olympics events and World Championships he did not run his favorite 200m event. He also has a world record of 19.19 sec in this event. He has raised the bars for the next generation sprinters with a record breaking 9.58 secs.

His last race was not what all had expected to be. An injured Bolt decided to bow out while competing in the Men’s Relay. Fans and supporters turned up in huge numbers to cheer and bid farewell to the champion athlete.

Usain Bolt has earned the status with his determination and hard work. A normal sprinter has to practice rigorously for more than 6 months to achieve the target of 10 sec. But Usain Bolt has strolled himself to always be under that limit. Usain Bolt will always be a source of inspiration for millions around the globe.

TAGGED: Atheletes, sports, Usain Bolt
Sushmita Panda August 14, 2017
Share this Article
Facebook TwitterEmail Print
Posted by Sushmita Panda
Follow:
She is currently doing her graduation in Philosophy Major from Lakshmibai College, University of Delhi. She is a writer and has been writing blogs and articles for various companies and online portals since a long time. She is a theatre artist and aspiring to become a successful journalist. She loves to read and travel.
Leave a comment Leave a comment