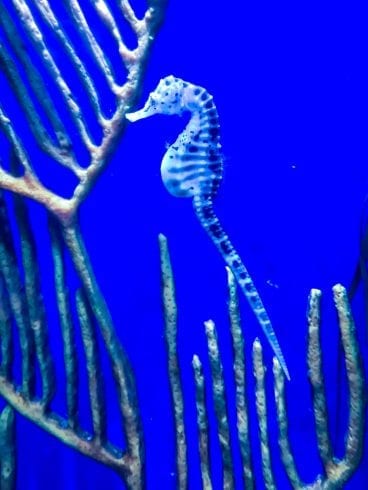 Nature is scary. That’s a fact. Yet, we have the solace of knowing that once in a blue moon, everyone takes some time off running to engage in the bliss of sex. Right?

We’re here to tell you that animals are weird and animal reproduction is very weird. Every so often, it gets just as bloody as murder.

In the animal kingdom, it’s not always simple for males to draw in females i.e. male fertilizes the eggs. Many strange and amazing mating rituals or mating practices have been established by animals, but not all of them are romantic.

According to University of Oklahoma biology professor Ingo Schlupp, researchers are re-examining the fundamental principles of reproductive biology and genetic material (evolutionary biology).

The asexual Amazon molly fish, his study subject, violates the supposed laws of reproduction by creating flawless copies of itself without the presence of males.

Schlupp notes that these finger-sized fish ought to have been exterminated by illness long ago given their little genetic diversity.

Sometimes, animals don’t need mates for the mating process (to reproduce) in their sex lives. Komodo dragons and mole salamanders have been observed to perform mateless reproduction aka parthenogenesis aka virgin birth.

Normal reproduction involves a male sperm gamete and a female egg gamete to fuse, so the resulting cell has information from both gametes.

In parthenogenesis, the female egg gamete forms with all the required information from the mother, and so grows without the use of sperm. Scientific proof of Jesus?

Other organisms in nature frequently experience parthenogenesis, which is the term used to describe virgin birth.

Without mating, hammerhead sharks, komodo dragons, mole salamanders, and a variety of other fish, insects, & reptiles can all produce offspring, even more offspring pretty weird but an interesting fact.

Everything begins with a unit of life known as a “germ cell.” This germ cell divides into two parts, and then each of those parts divides once more.

You currently possess four gametes, which are reproductive cells. Three gametes are thrown away.

In a process known as cyclic parthenogenesis, organisms like water fleas rotate between mating & non-mating reproduction.

Although parthenogenesis has not been observed in mammals to date, it has been artificially generated in rabbits and other animals using chemicals and temperature control.

Yet others produce both male and female gametes. These animals reproduce with either sex. (similar to angler fish)

For example, in clownfish, if the dominant female dies, the dominant male turns female and mates with another male. Convenient, huh?

Do you recall Nemo and his father from “Finding Nemo”? It turns out that there is enough drama in clownfish reproduction to justify a sequel.

The two huge breeders, a male, and a female, who are in control of a bunch of lesser male clownfish who don’t reproduce, are where clownfish like to congregate socially.

A parasitic wasp from Costa Rica, Hymenoepimecis argyraphaga, stings spiders and paralyzes them for around 20 minutes. Within that short time, the wasp stings the spider and lays its own eggs inside it.

After that, the wasp larva releases a kind of chemical that causes that spider to spin a web. Finally, the larva kills the spider and uses this web as its own cocoon. One with seven sexes is Tetrahymena.

The miracidia invades the foot of a Helisoma snail while swimming. If they cannot locate the snail host, they will perish in a few hours.

The miracidia reproduce asexually numerous times while still inside the snail, and the resulting larvae eventually develop into cercariae. For most species of animals, asexual reproduction is a rare occurrence.

One of these is the marbled crayfish, a favorite among aquarium lovers. The only way in which this all-female crayfish may reproduce is asexual.

According to Zen Faulkes, a professor of biology at the University of Texas Rio Grande Valley, asexually reproduce generally seems to be linked to unfavorable environmental conditions, but because asexual species differ so much from their sexual counterparts, it is challenging to generalize any one cause for it.

There is little doubt that many regions of the planet are experiencing an invasive problem with these crayfish.

Although this is observed in more than one species, the seahorse is probably the most well-known. In seahorses, the male and the female perform a dance ritual, following which the female lays its eggs in the male’s pouch.

Later, the male contracts its muscles and out pop the babies.

One female eventually smears a few thousand eggs into a tiny pouch the male has exclusively for that reason after their motions are perfectly coordinated.

In his pouch, the male carries the fertilized eggs around until they hatch. When they are ready to leave the nest and see the world, he actually contracts his muscles to push them out.

He attentively attends to their requirements as they grow. The female has an additional egg production in the interim.

Flatworms are hermaphroditic, which means each flatworm has both male and female reproductive systems.

Hermaphroditism isn’t new, as we’ve seen in the first entry of this article. What makes flatworms special is how they use their hermaphroditism.

Two flatworms use their sword-like penises to fight. The fight lasts up to an hour or more. It ends when one flatworm uses its penis to stab and inseminate the other one.

One thus mothers the zygotes, while the other roams in search of other flatworms to inseminate.

1. Snails Reproduce in What Ways?

Land snails are mostly hermaphrodites, and they frequently transfer sperm between spouses during copulation (internal fertilization). The sexes are divided into a few. again, self-fertilization is feasible in some.

A few have decreased male genitalia but still generate both sperm and eggs; while they can mate with females, they frequently self-fertilize.

Therefore, following a fruitful coupling, both depart and deposit eggs (a few hold the eggs inside, where they hatch; often as ovoviviparity).

Many have incredibly ornate sex organs that have numerous add-ons.

2. How Do Palolo Worms Reproduce?

When a large mucus pie-shaped moon appears in your eye On coral reefs from Indonesia to a South Pacific, swarms of palolo worms rise to the surface of the water when the moon cycle is just correct.

The worms split apart as they ascend, spewing gooey clouds of sperm and more eggs. Local celebrations are a result of these “risings.” The gelatinous worms, which can be eaten raw, baked, or fried, are said to have a caviar-like flavor.

Despite having both male and female reproductive organs on each of them, they are hermaphrodites, which means that in order to fertilize each other through copulation, two sets of genes must be combined. Every creature lays eggs that eventually hatch as baby earthworms.