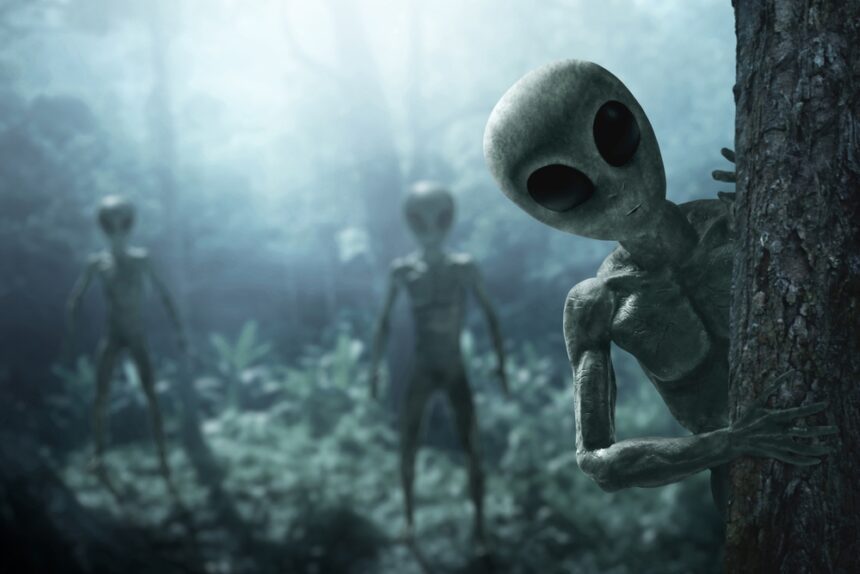 There are various thoughts regarding the appearance of the Aliens. Many don’t even believe in the existence of the aliens many believe them to have a human-like appearance.

If you think in this huge universe or even our own solar system, we are the only beings alive you would really live under a rock, while we human beings are looking for alien species in the universe, maybe there are a set of beings calling us aliens and wondering what we would look like too.

Zoologists look at mechanisms when they investigate life on Earth. They research the historical development of life (evolutionary history). The principles we discover on Earth should also hold true elsewhere in the universe since evolution serves as the universal explanation for life.

Thinking about how life forms develop and act on other worlds is only a logical progression from our study with animals here on Earth. If we found a lost island on this planet, we would study its species in light of what we understand about the development of life as a whole.

You can be sure that if we found alien life on another planet, we would ask the same questions about how and why it evolved and why it looks and acts the way it does.

A complicated form of life that appeared on its own on any planet is impossible. It must have started out quite simply, whatever life is like on an extraterrestrial planet for extraterrestrial life.

It’s possible that things stayed straightforward at this point, even probable on several planets. We’re coming to a point on our own planet Earth where we have enough sensitive technology to see life on other planets.

But for life to develop any level of complexity, only favorable modifications and innovations can be kept, while unfavorable ones must be discarded. This process is known as evolution by natural selection.

Do they have pointy ears? Do they have two arms and two legs like us? Will they have two eyes or just one or more than ten? Will they talk like us or use alien words? Of course, it is hard to tell exactly, but surely, we aren’t the only organisms alive in this universe.

A very commonly known or seen kind of Alien is the Grey Alien; it is believed that 43% of the Aliens encounters describe having grey-colored skin.

Various witnesses and authors have put up different claims; one such was in 1961 by Barney and Betty, an American couple who were abducted by the Aliens in New Hampshire for a day.

They lead to the origin of the idea of Grey Aliens. They are typically grey-skinned beings with a human-like appearance and lack external organs such as the nose, ear, and sex organs, but have small openings for the ear and nose.

Their limbs have a different form from humans and are even shorter. The grey-skinned being has a big hairless head and large eyes like a Bug-eyed monster. The American couple brought the Greys to international attention.

Author H.G.Wells described the Grey skinned creature even before the abduction of the Hills. He described them to be human-like creatures with grey-colored skin, dark bulgy eyes, big heads and wasp stings.

Wells even claimed them to be hairy.

Another view is given by the Swedish novelist through his book “Den okanda faran” using his pen name Gabriel Linde.

These novels targeted young readers, and the illustrations were that of the imagined Aliens.

His views were different from the other two as he described them to have a different race from humans though their limbs were illustrated to be like humans.

According to him, they are short and have a big bald head with a strong square-shaped forehead, a very small nose, and mouth and a weak chin. He described their eyes as large and dark with a sharp gaze.

There are reports that include groups of greys that differ in their heights. Some researchers assume the taller Greys to be superior with more authority and powers.

They are thought to have more complex psychology and are probably the only type who is biologically alive.

Others who are the shorter ones may be artificial robots to assist their master. They are depicted to have different skin colors that are similar to grey or in some cases no grey at all.

Their skins are such that they resemble be made up of artificial material like rubber or plastic.

However, take into account the octopus, which has a very distinct body structure with neurons dispersed throughout its body, along with the tentacles, and only a little brain in its head.

Notably, the octopus is the oldest animal on our list and the evolutionary furthest thing from us.

We probably should imagine more in terms of the octopus than an elephant when envisioning how extraterrestrials would appear as they would have no link to us at all.

Most of the time, when we imagine intelligent aliens, we picture them as having enormous brains, which are often found in their heads. Intelligent aliens are portrayed in this fashion in almost all science fiction movies. Elephants and whales fit the bill.

Consider the octopus instead, which has a very unique body shape with neurons spread all over it, along with its tentacles, and only a tiny brain in its head.

Notably, the octopus is the oldest animal on our list and the creature with the greatest evolutionary distance from humanity.

When imagining extraterrestrials, we should definitely think more of an octopus than an elephant because they would be completely unrelated to us.

It’s difficult to evaluate someone’s intelligence. Crows are extremely intelligent, but they do not create structures like we do, probably because their dexterity is restricted to their beaks and feet.

Extraterrestrials would undoubtedly benefit from having flexible appendages, such as hands with fingers or claws, tentacles, or even trunks.

Theoretically, that would enable the animals to create objects and increase their technological capabilities.

4. Why Do Humans Find Aliens Fascinating?

You might assume that two animals with identical features—feathers, for example—inherited them from a common ancestor, the feathered dinosaur that served as the precursor to all contemporary birds.

That’s only natural evolution; offspring resemble one another because they inherit their parents’ traits.

However, occasionally you’ll notice creatures displaying characteristics that are incomprehensibly related to one another. For instance, the function of a bird’s wing is very similar to that of a bat’s wing.

But over 300 million years ago, well before even the dinosaurs, a little lizard-like animal that closely resembled a bird gave rise to both birds and bats.

It most probably lacked wings, as do the vast majority of its offspring, such as elephants and crocodiles. Therefore, those wings must have developed independently along various lines of descent.

This “convergence” of features might occasionally result in something visibly beneficial, like wings. But occasionally convergence gives rise to strangely similar species with so many traits in common that it can be difficult to believe they are unrelated.

The nearly extinct thylacine, for instance, was a big predatory marsupial that was native to Tasmania and mainland Australia, yet it’s actually far more closely related to a kangaroo!

Nevertheless, because it led a lifestyle akin to that of current coyotes or jackals, it convergently acquired several traits that are comparable to those of those species.