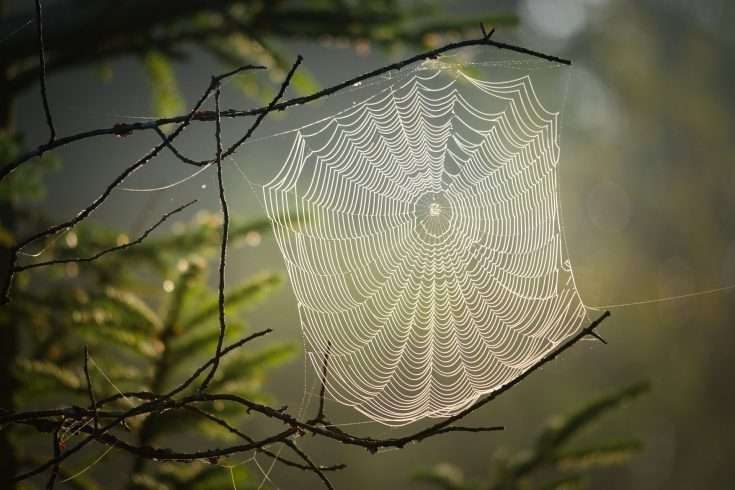 Spiders are “accidental invaders,” even they don’t like you. Spiders invade your home to hunt, breed and live. You can find spiders everywhere in your room, in your bedroom closet, on walls, or in Churchill Downs. Well, some of the common house spiders are beneficial, whereas some spiders are toxic and harmful. Listed below are some Kentucky spiders through which you can identify if they are toxic or not.

What Are Common Spiders In Kentucky

Everyone is scared of poisonous spiders. If spiders bite you, it can cause severe pain, infections, reactions and sometimes can even deal with death. It is better to stay away from poisonous spiders like wolf spiders, crab spiders. In this article, we talk about some Spiders in Kentucky for you.

The color of female spiders has glossy black with red markings on the top and bottom of their abdomen, whereas males have some extra bright white markings.

The size of black widows is half inches. The northern and southern black widows are similar in size, but adult females are larger than males.

They like to hide in between rocks, firewood, and dark corners of sheds.

If black widows spiders bite, you need to get immediate medical attention as soon as possible.

These spiders move very fast and usually run. This trait makes them aggressive. A wolf spider can bite, but they do not fall under common house spiders.

The color of Wolf spiders generally has light or dark brown contrasting spots or stripes on their body. Wolf spiders have long spines on the foot and thin legs. Their back is V-shaped, and these spiders like to hide in between grassy or leaf-covered areas. One more species is Tiger Wolf Spider and commonly found in the eastern United States. Tiger wolf spiders are scared of humans and only bite for self-defense.

The Jumping spiders do not build webs and are especially known for their herky-jerky movements.

Jumping spiders have small and flat bodies with flat faces. They love to live in hidden locations indoors like in garages, cut wood, and windows.

The size of jumping spiders is about the size of a U.S Dime. But beware of the emerald jumping spider because they are venomous spiders, and their venom contains narcotics, including drowsiness, and sometimes can cause you unconscious with repeated bites.

Crab spiders look like brown recluses, and they are common species that wander into your house unexpectedly. These Kentucky spiders love Kentucky flowers from which they hunt for bees. This spider species are about the size of a nickel with its legs stretched out.

They are light brown, and some are even dark brown. These spider species have long legs and stretched legs, giving them the look of crab spiders.

These Kentucky spiders species have tan legs with a dark yellow abdomen. They also look like brown recluse spiders because their size is about the size of a nickel with its legs outstretched.

These spider species are also known as daddy-long-legs or granddaddy-long-legs. They are about the size of U.S a half dollar with their legs outstretched. These Kentucky spiders have long and thin legs.

These spiders are also sometimes mistaken as brown recluses.

These common spiders have light tan to dark brown and some colorful patterns. Orb-weaver spider range in size of a pencil eraser to about the size of a U.S Dollar a half dollar.

Orb weavers or spotted orb weaver or furrow spider has six eyes. They like to build their web in porches and a doorway or windowsill.

Spotted orb-weaver is a web building expert and makes grid-like webs that are unique in all spider species.

These spiders are brown, and sometimes they have contrasting patterns. These spiders have the size of a U.S silver dollar with legs outstretched.

Fishing spiders like to hide near streams, wooden areas, tree trunks. These spiders are the largest and have longer legs, but they are harmless.

These spiders have glossy black bodies. They have a flat body that is much bigger than the black widow. One of the common spiders found in Kentucky is the purse web spider. This is one of the poisonous spiders in Kentucky.

This spider is native to North and South America. Their scientific name is Argiope Trifasciata. Banded Garden Spider is also known as bowl and doily spiders.

How To Avoid Spider Entering Your Home

Knowing about the spider around you is very important. If you find any spider in your home, you should give a call to IPM. IPM (Integrated Pest Management) is an organization that tackles this type of dangerous species. They will deal with the situation if it is poisonous. You can even research the dangerous animals found in and around your house.